Tens of thousands of high school students across the country began walking out of their classrooms at 10 a.m. EDT Wednesday to protest so-called “gun violence” but their list of demands looks like it was copied from a page of the gun prohibition lobby’s playbook.

These high schoolers have some demands:

Leaders of this effort have even adopted the anti-gun lobby’s vocabulary, talking about “gun violence” when more people are murdered annually with knives or other sharp instruments than are killed with rifles of any kind, by about a 6-to-1 margin, according to the FBI Uniform Crime Report.

According to the BBC, the walkout was supposed to be in memory of the 17 students and adults who were murdered exactly one month ago, on Feb. 14, at Marjory Stoneman Douglas High School in Parkland, Fla.

But the national protest was, according to Fox News, “loosely organized by Empower, the youth wing of the Women’s March.” The protests were scheduled from Maine to Hawaii, the cable network reported.

Students have contended that Congress has done virtually nothing to prevent school shootings. But is that accurate?

Congress passed the Gun Free School Zones Act in 1990. It has failed to prevent school shootings.

Congress passed the Brady Handgun Law in 1993 with federal background check language, to keep guns out of the wrong hands. It has failed to prevent criminals from getting firearms.

There is another side to the Wednesday walkout, as noted by The Daily Wire. Many students oppose the protest. The news organ quoted several emails it had received from high school students including this one:

“Please let me start by saying that I respect the Left’s position on the walkout tomorrow, but I do not agree with their solution. I have decided to organize my own walk out to push Right wing beliefs on how to stop school violence…Respect other’s opinions and others will respect yours. ‘Here to save lives. Pro-Second amendment.’”

Social media has been heating up throughout the morning. Facebook messages left with the police department in Sedro Woolley, Wash., tell the tale:

One man wrote, “So let me get this straight, you are going to put armed police at an anti-gun rally… Say that three times slowly and see if you can catch the irony. If they are anti-gun no guns should be there.”

A woman added, “It’s not guns that kill people … it’s the person behind the gun … the walkout is for nothing … if you want to change the school rules work on that .. walking out of school is not going to do anything but disrupt the school

A third man observed “The use of children by the liberals is despicable. Many are being forced to ‘walk out.’ This is nothing but a media parade attempting to show numbers. This is not a solution, nor is it healthy for children.”

There is a much larger effort planned for Saturday, March 24, the “March For Our Lives.” 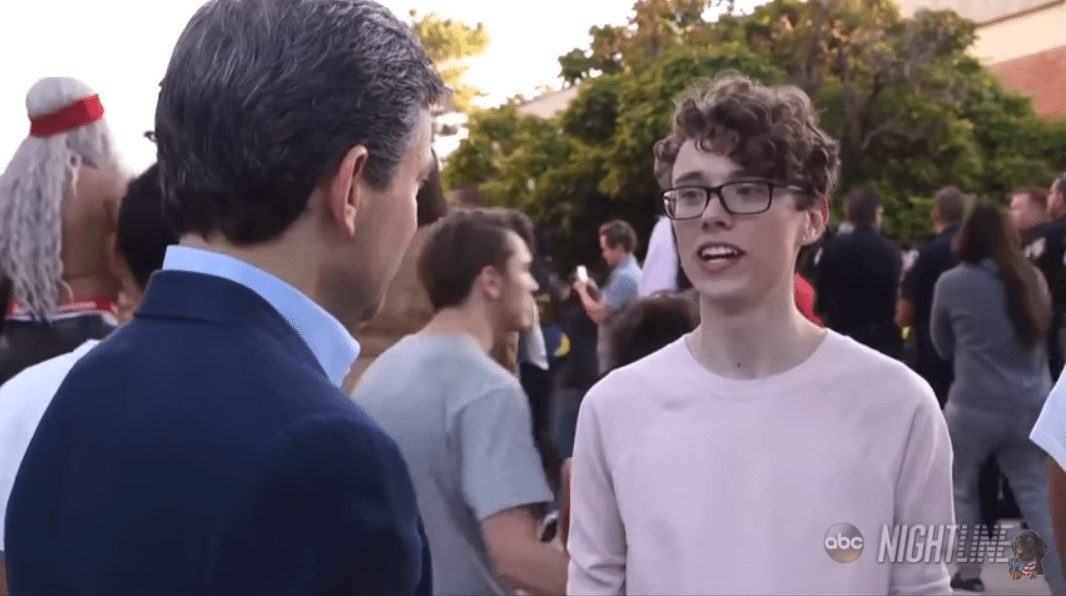