Biden announced that he will release 1 million barrels of oil PER DAY from the Strategic National Reserves for the next six months in order to “bring down gas prices.” In this historically short-sighted move, our strategic reserves will be at zero before long, with no logical plan to increase them. We ask again: can America withstand another nearly 3 years of this administration? It’s already nearly unrecognizable.

The price of gas today is around 62 cents higher than it was the month before. It came down a whopping penny. Biden’s own extremist-based policies have made a hash of American citizen’s paychecks. Oh and don’t forget, Biden’s 2023 budget proposal plans to TAX oil and gas companies, which will raise the cost of gas even higher. Workers, farmers, construction workers, military and law enforcement, office employees who have to get to work…every single person that lives in America is affected by higher prices and the runaway inflation that are eating away at their livelhoods.

And the idiot wants us to buy an electric car. If you want to torch your entire neighborhood with a lithium ion battery, be my guest. And they’re expensive to boot. No thanks, cram it, Joe.

So after 50 years of being virtually empty, I built up our oil reserves during my administration, and low energy prices, to 100% full. It’s called the Strategic National Reserves, and it hasn’t been full for many decades. In fact, it’s been mostly empty. It’s supposed to only be used for large-scale emergency or conflict. Now I see where Biden has just announced he’s going to take what we so carefully and magically built, and what will be a futile attempt to reduce oil and gasoline prices. They will soon bring it down to empty again. It just never ends!

Trump is right, it never ends. From destroying America’s energy independence based on some left wing environmentalist’s “climate change” demands to blaming oil and gas companies for the high prices… Biden even refuses to name the companies he’s blaming for the high prices. It’s Biden’s fault, period. He NEVER takes responsibility for anything. Even when his gaffes are out of control and endanger US National Security, he denies it all. And today we learn that he will drain the Strategic National Reserves for the next 6 months. All because he has no foresight whatsoever. 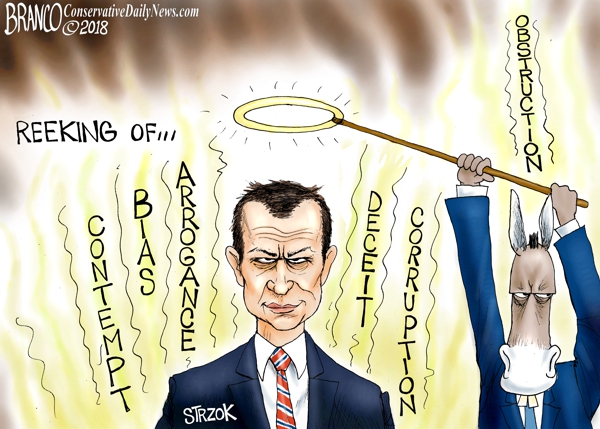 Cartoon of the Day: Strzok Out 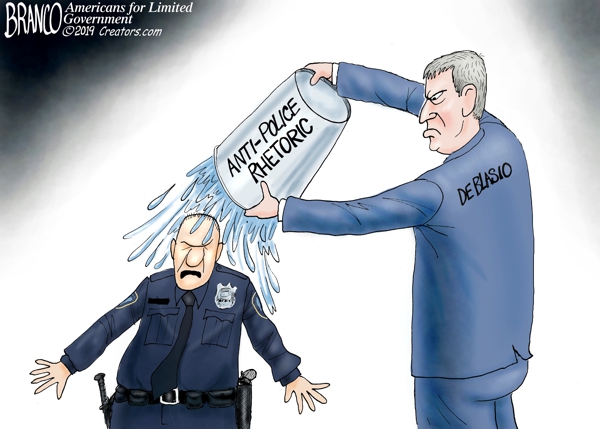 Cartoon of the Day: Aqua Man