The Place Kleber Christmas Market in Strasbourg, France was the scene of a terror attack on Tuesday. The suspect was known to police as a radicalized individual,  a security risk who was on the terror watch list in France. The suspect is not in custody. 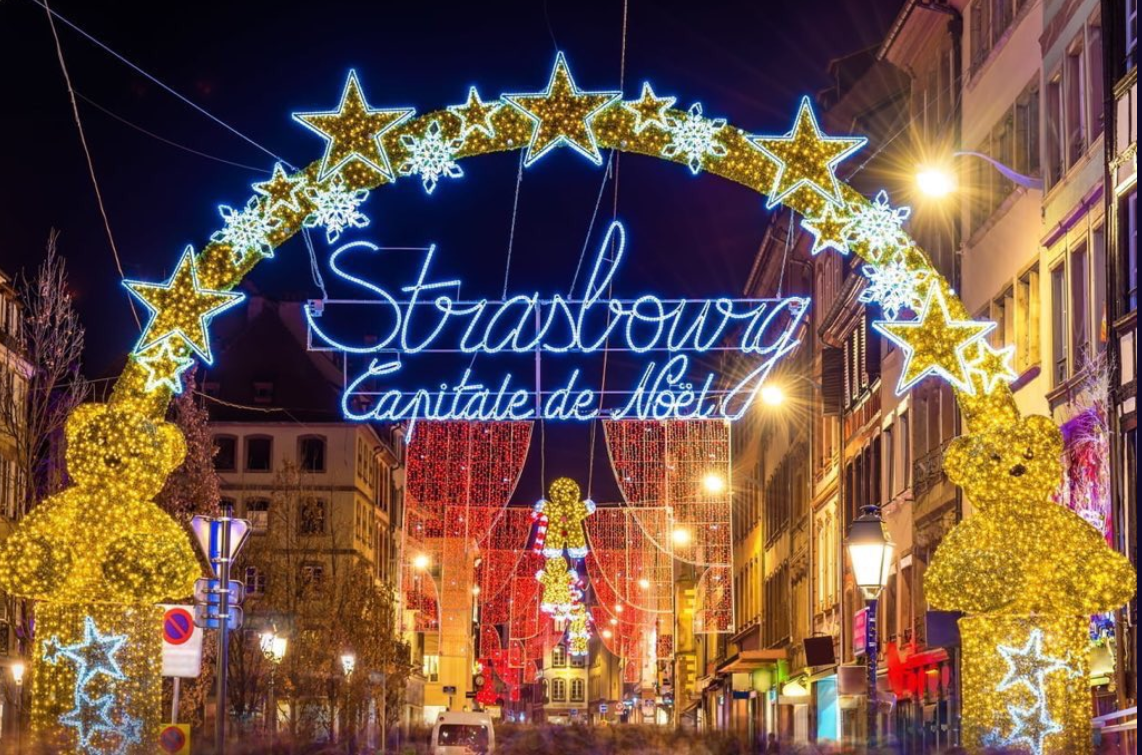 Police said the individual who “hung out in radical Islamist circles,” killed 4, and wounded several others at the popular Christmas Market.

The gunman has been identified and has a criminal record, according to Interior Minister Christophe Castaner.

The death toll, first reported as one, rose to four by late Tuesday, according to two police union officials. One official, Stephane Morisse of union FGP, told The Associated Press the alleged shooter was wounded by soldiers guarding the market.

Gendarmes went to the suspect’s home to arrest him earlier Tuesday, before the attack, but he wasn’t there, Morisse said. They found explosive materials, he said.

French military spokesman Col. Patrik Steiger said the shooter did not aim for the soldiers patrolling in and around the Christmas market, but targeted civilians instead.

The death toll may rise, as several people were in critical condition.

Strasbourg was placed on lockdown, and residents told to stay home. The European Parliament is headquartered in that city. French police urged those able to leave buildings, bars and restaurants in city center to head north.  Since the manhunt is focused on the “Neudorf  district,” they were told to stay away. Police have begun to suspect that the suspect left by way of a taxi.

The suspect was identified as 29 year old Chérif Chekatt, who had been listed on the French terror watch list. The list contains about 26,000 names, according to the Express UK. French news media I24 interviewed an expert who stated that it “could have been a lot worse”…Chérif was armed with grenades as well as the firearm. Police also discovered grenades at his residence.

‘This could’ve been a lot worse, the suspect was armed with grenades.’ Counterterrorism expert @ozsultan joins @MichelleMakori with the latest on #StrasbourgShooting: pic.twitter.com/r9AHwleYPG

Latest French reports on the manhunt for the #Strasbourg gunman suggest that the attacker may have fled the area by taxi.
The Strasbourg Christmas Market (oldest in France) will be closed tomorrow, as search continues. #StrasbourgShooting https://t.co/OFnaz2fYaZ

Strasbourg police are starting to release thousands of people confined in buildings in the area of a deadly terrorist attack near the French city’s Christmas market. https://t.co/Pw4xIdhWvy