Disgraced NBC anchor Brian Williams may have been relegated to the mid-watch at the Peacock Network’s red-headed stepchild, but he can still has the flair for turning a nothing burger into a, well… steak dinner.

Melting faster than a pat of butter on a freshly broiled lobster tail, Williams went to “breaking news” of the Family Trump having the audacity of going to dinner without first notifying the press.

Or as Williams led into the video report (below), detailing “Donald Trump making a run for it in the dark New York night…”

In a highly unusual move, President-elect Donald Trump on Tuesday night left his Manhattan residence without notifying the reporters covering him or giving any indication of where he was going.

The maneuver seemed to deliberately limit access to the media.

The only way the press eventually ascertained his whereabouts was after a Bloomberg reporter, who happened to be dining at the 21 Club, tweeted a photo of Trump and some of his transition team in the Midtown steakhouse.

Trump spokeswoman Hope Hicks later told NBC News. “He is having dinner with his family.”

Wife Melania, daughter Ivanka Trump, her husband Jared Kushner, sons Donald Jr. and Eric Trump were all at the restaurant.

NBC News reporters Alexandra Jaffe and Ali Vitali very well may have been near-aneurysm when they went on to pen;

With his Tuesday night actions, the Trump Administration is shaping up to be the least accessible to the public and the press in modern history.

But NBC News aren’t the only ones who understand that mendacity isn’t just where those sneaky Mendas live, The New York Times also, as they say Down South, just pitched a hissy fit.

Curiously adhering to the belief that the Fourth Estate has the absolute right to know where the Commander-in-Chief (even the C-in-C-Elect) is at all times, the Times seems to believe they have a part to play in case of a national emergency;

Mr. Trump has always had an unconventional relationship with the news media. Why would he let being elected president of the United States change that?

By tradition — and ostensibly to satisfy the public’s right to know its leader’s doings — a president-elect has a small pool of reporters monitoring his whereabouts, mainly in case of emergencies. You never know. But at 7:30 p.m. on Tuesday, about 45 minutes after a Trump spokeswoman, Hope Hicks, said that the president-elect was calling it a night, reporters noticed what was described as “a massive motorcade” leaving Trump Tower with at least a dozen vehicles and an ambulance, lights blaring.

Amazingly enough, the same NY Times wasn’t quite as quizzical as to the whereabouts of both Barack Obama and Hillary Clinton during the terrorist attack on the US Consulate in Benghazi, Libya.

Paris Climate Accord – Back Under the Thumb of Radical Environmentalists. Thanks, Joe. 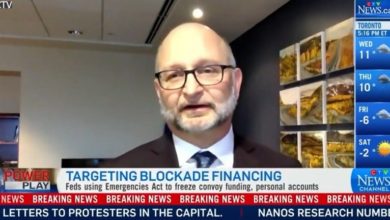