Late Thursday morning, a Ballwin (St. Louis MO suburb) police officer was shot in the back of the neck in an ambush that started out as a routine traffic stop. This incident comes just 24 hours after Dallas, Texas, recovers from a devastating sniper attack that targeted and killed 5 officers.

A Ballwin Police officer was in critical condition after he was shot in the neck during a traffic stop late Friday morning, police said.

The officer had stopped the car for speeding on northbound New Ballwin Road about 11 a.m., police said. As the officer went back to his car, the driver got out, “advanced quickly” and fired three shots at the officer, police said.

The gunman fled north on New Ballwin Road and was captured in Manchester several miles northeast of the shooting scene, after jumping out of the car and running, police said.

A semiautomatic handgun was recovered, according to St. Louis County Police, who are taking over the investigation.

The male officer was taken to Mercy Hospital St. Louis, in Creve Coeur, where he was in critical but stable condition, “fighting for his life,” Ballwin Chief Kevin Scott said at an emotional press conference Friday afternoon.

While the suspect in St. Louis was apprehended and awaits arraignment, other such incidents may be happening all over the country.

RT.com reported in addition to the Dallas and St. Louis shootings, Valdosta Georgia is also facing an assault on law enforcement.

An officer in Valdosta, Georgia was injured in an exchange of gunfire with a suspect.

The officer was investigating a report of a damaged vehicle when a man opened fire, which the officer returned, police said. Both men were injured and are expected to survive.

The suspect called 911 call to report a break-in, then ambushed and shot the officer, authorities clarified to AP on Friday afternoon.

“He is out of surgery now. His family is at the hospital. And I’m happy to report he’s going to be fine,” Childress said. “He’s in stable condition but he’s in the ICU as a precaution.”

One of the gunshots hit the man in the abdomen, just below his bulletproof vest, Georgia Bureau of Investigation spokesman Scott Dutton said. Other bullets hit the officer in his vest.

While none of the targeted cities are, at this time, claiming a connection to the assault on police, one has to wonder about the timely coincidences.

RT.com also reported on an exchange of gunfire involving police in  Tennessee, on Thursday.

Officials have identified the victims and the gunman who opened fire on a highway in Bristol, Tennessee on Thursday, and said that the attacker was motivated by anger at police shootings of African-Americans.

A man armed with a rifle and a pistol shot at a motel on Volunteer Parkway around 2:20am (6:20am GMT) Thursday, and then at passing cars, before exchanging gunshots with police officers who responded to the incident.

The Tennessee Bureau of Investigation (TBI) identified the suspect as Lakeem Keon Scott, 37, an African-American.

We've released an update in the ongoing investigation into Thursday's shootings in Bristol, TN. –> https://t.co/Xs0NmF1N70 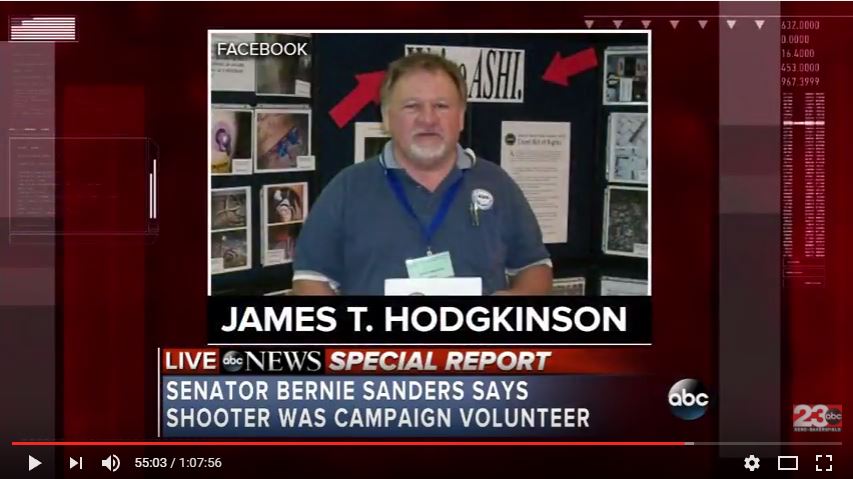