Well, finally.  I guess special counsel Robert Mueller is afraid his investigation will end with no indictments, so to insure that doesn’t happen, he’s added two liberals to his investigation.

It has been a long process of initiating a criminal investigation of John Podesta and his brother, Tony.  Mueller decided to go after Paul Manafort hot and heavy.  Then Mueller found out Manafort had worked with the Podestas when they were representing the Ukraine as lobbyists.  At that point, they were still only investigating Manafort.

But eventually, Mueller realized he could not go after Manafort without going after the Podestas.  But don’t expect to see him go after Hillary and her $145 million.  That’s because he could end up being a defendant in that case for covering up Hillary’s crimes, unless he testifies that Eric Holder or Obama ordered him to.

Attorney General Jeff Sessions needs to man up and appoint a special counsel to investigate the Clintons and the Obama officials who covered it up.

Manafort reportedly worked along side the Podesta Group for the European Centre for a Modern Ukraine (ECMU), a nonprofit dedicated to increasing pro-Ukrainian sentiment in the west. Investigators are currently examining whether the lobbying firm violated FARA by failing to disclose their work for a foreign government. Both Manafort and the Podesta Group did not disclose their relationship with the ECMU until media reports exposed the arrangement.

The ECMU is reportedly backed by the party of Regions, a pro-Russian Ukrainian political party funded by oligarchs who paid Manafort’s firm millions.

The Podesta Group, chaired by Hillary Clinton campaign chairman John Podesta’s brother, Tony Podesta, was one of six lobbying firms working on the ECMU campaign, which ran from 2012 to 2014 and was designed to help secure Ukrainian entry into the EU. Mueller’s team sent subpoenas to all six firms in August seeking testimony from public relations executives who worked directly on the ECMU campaign.

Much is being made of the meeting between some Russians and Trump Jr but suspiciously no investigation of the meeting between Hillary and a DNC operative and Ukrainian sources, who fed information detrimental to Trump and in support of Clinton.  Trump Jr did not get any information from the Russians but the Democrats did get information from the Ukraine.  That is what is known as a PIK or payment in kind.  That is strictly illegal since the Ukraine is a foreign government.

This month, FACT filed a complaint with the Federal Election Commission (FEC) against the Democratic National Committee (DNC) and its Ukrainian-American consultant, Alexandra Chalupa, for knowingly soliciting and accepting illegal, in-kind contributions from the Ukrainian government.

Specifically, the complaint contends that, last year, Ukrainian-American operative and DNC consultant, Alexandra Chalupa met with Ukrainian government officials to get information in an effort to expose ties between Trump, his former campaign manager Paul Manafort and Russia. As reported, a political officer in the Ukrainian Embassy was instructed to help Chalupa conduct research on connections between Trump, Manafort and Russia. The DNC subsequently acknowledged that it had knowledge of the research.

First, according to federal law, an in-kind contribution consists of “anything of value, including information and leads, the fruits of paid research, or similar investigatory activity, to a political committee.” Second, federal law also prohibits accepting or receiving anything of value from foreign nationals and the Ukrainian government officials are foreign nationals. 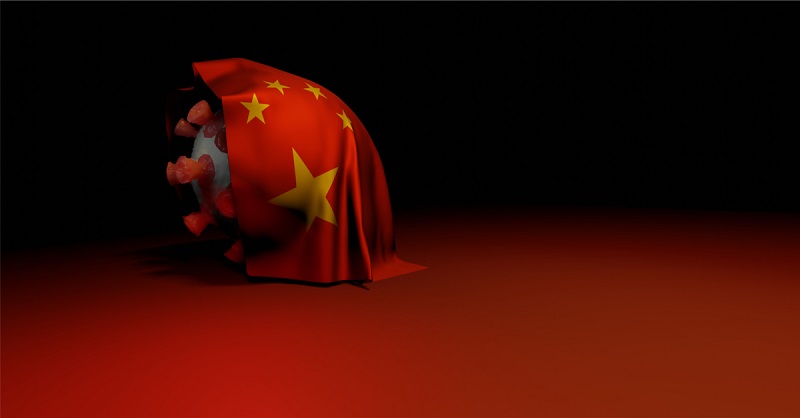