There are disguises, there are masks, but a man dubbed the “sock and underwear burglar” in Spokane County, Washington attempted entry to the Apex Cannabis pot shop with something different. The business surveillance camera caught Scott Hedge, 55, as he tried to pry open the shop and inadvertently set off the security alarm.

We think he’s already had too much pot. He attempted the burglary wearing Hanes underwear on his head as a mask, and socks on his hands. In front of the security camera that he obviously knew was there. Brilliant.

The video has this write up from the incident on August 11:

“Sock and Underwear Burglar” strikes Apex Cannabis but cops & K9 save the day!”

A would-be burglar wearing underwear as a mask and socks as gloves attempted a forced entry in the 5:00 hour Sunday morning August 11th at the Apex Cannabis located at 21502 East Gilbert Road in Otis Orchards.

The suspect prepared for the many security cameras at the cannabis shop by wrapping underwear around his head in a mask-like disguise. He used a pry bar to attempt entry but set off the alarm alerting law enforcement.

The suspect did not gain entry but did attempt to flee and then continued to fight with 6 responding officers who released the K9 and secured his capture.

The suspect was transported to receive medical care due to the K9 apprehension.

Everyone affiliated with Apex Cannabis – our staff, vendors, customers and friends – sends a huge thank you to local law enforcement for their quick action. We appreciate your protection of our staff and of our property.

The sock and underwear burglar was concentrating so hard he didn’t appear to notice he wasn’t alone until it was too late. Then he calmly walked to his vehicle and shut the door, then climbed in the driver’s seat. Too late, buddy.

“Here is a picture of this guy’s face the moment he realized he wasn’t alone anymore. If you look closely, you can even see what brand of underwear he is wearing on his face. That color really makes his eyes pop, don’t you think?” Apex Cannabis owners

As you can see from the video the K9 at first went for the first police officer and then realized that wasn’t the right target and relaunched at the correct one. During the ensuing struggle, one officer landed on his rear. The suspect got a few teeth marks and was transported to the hospital with minor injuries.

Hedge was booked into the Spokane County jail on charges of malicious mischief, resisting arrest, and second-degree burglary. His bond was set at $1,000. 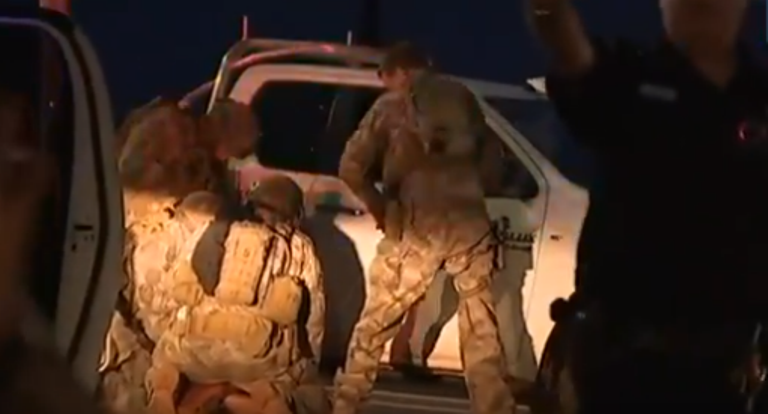 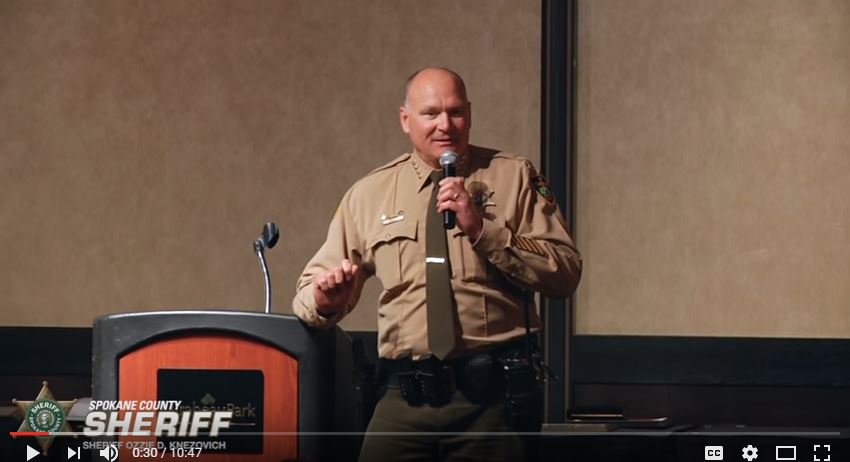