Maryland arguably has the coolest flag of all the 56 states, commonwealths, territories, and the singular district that all fly under the Stars and Stripes. That is, if you’re big into European heraldry.

But as cool as the Calvert family coat of arms consisting of alternating quarter squares of the yellow-and-black colors of his father’s family and the red-and-white colors of his mother’s family, the Crosslands, we now have to deal with crazed “There’s a Confederate hiding under my bed!” hysteria casting not only disparaging remarks, but also flat-out historically wrong accusations against the Maryland colors.

As reported by WJZ-TV/CBS Baltimore, an individual going by the Twitter handle of Benjamin YoungSavage has gotten the ball rolling by proclaiming that the Maryland state flag is “half Confederate”.

During a social media campaign to derail HBO’s planned modern-day Southern slavery drama, one Twitter user’s posts about the history of the Maryland flag got a lot of attention.

“What a lot of people don’t know is that the Maryland flag is half confederate,” @benjancewicz wrote, using the hashtag #NoConfederate.

What a lot of people DON’T know is that the Maryland flag is half confederate. #NOconfederate pic.twitter.com/cyLbG4e6IM

Sadly for the hope of any objectivity and intellectual honesty out of the Fourth Estate, WJZ gave a certain amount of credibility to YoungSavage’s patently stupid statement;

And, he’s kind of right.

Yes, even though Maryland was a Union state, the flag — which is featured on the state’s license plate and is a popular adornment for clothing and accessories — does contain some Confederate symbolism.

Whatever “kind of right” means, it’s simply historically wrong to state that any part of the Maryland standard contains any “Confederate symbolism”.

What both WJZ-TV and the tweeter-in-question fail to realize is that the alternating quarter squares on the Maryland flag was originally designed and adopted by The Right Honourable George Calvert, first Lord Baltimore as his family’s official coat of arms.

And when exactly did the good Lord Baltimore adopt such? Ohh, about 400 years ago.

It was in 1617 (yes, 1617) that young George was knighted, thusly having the right under the rules of heraldry and the monarchy to have a legitimate family coat of arms recognized the the English Crown.

OK, but is there proof Lord Baltimore had the same alternating quarter squares on his familial coat of arms that currently adorn the Maryland colors?

According to an official website of the Canadian province of Newfoundland & Labrador, the first Lord Baltimore purchased a tract of land in Newfoundland to be founded as his first settlement for Catholics in the New World.

It wasn’t until after the Newfoundland colony failed did the Calverts make a second attempt at establishing another settlement, which was only a few years later in the town of St. Mary’s, Maryland.

Going back to the WJZ-TV write-up;

But the red and white part of the flag, known as the Crossland arms, was also the design flown by Marylanders who sympathized with the South in the Civil War, according to state records.

During the slow process of reconciliation after the Civil War ended in Union victory in 1865, a “flag incorporating alternating quadrants of the Calvert and Crossland colors began appearing at public events” in the state.

After the war, Maryland tried to reconcile the two sides be combining the flags into one. #noconfederate pic.twitter.com/hJJOgS4Bcu

Well, the fact of the matter regarding the media-driven myth that Lord Baltimore’s family crest consisting of both the Calvert and Crossland colors has something to do with this Reconciliation-Between-North-and-South nonsense is just that… nonsense.

The same Maryland state records that WJZ-TV cited notes something quite different;

When the General Assembly in 1904 adopted a banner of this design as the state flag, a link was forged between modern-day Maryland and the very earliest chapter of the proprietorship of the Calvert family.

However, the same records insinuate that for whatever bizarre reason, the pro-Confederate Marylanders chose to identify with the Crossland family’s heraldry;

Probably because the yellow-and-black “Maryland colors” were popularly identified with a state which, reluctantly or not, remained in the Union, Marylanders who sympathized with the South adopted the red-and-white of the Crossland arms as their colors. Following Lincoln’s election in 1861, red and white “secession colors” appeared on everything from yarn stockings and cravats to children’s clothing. People displaying these red-and-white symbols of resistance to the Union and to Lincoln’s policies were vigorously prosecuted by Federal authorities.

Did anyone else notice the first word in that paragraph? In case you missed it, the word was “probably”.

In other words, they just don’t know exactly why the pro-Confederates of the Old Line State chose to use the same cross on the Crossland coat of arms, some 250 years before. 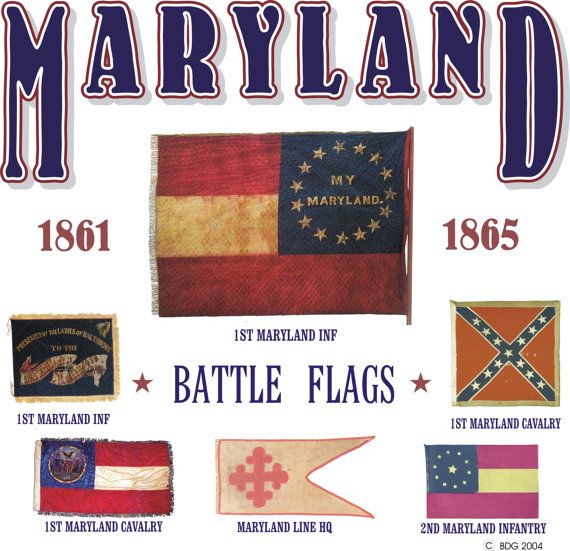 As seen above, not all Confederate Marylanders adopted the buttony cross of the Crosslands, but only the headquarters unit of the Maryland Confederate forces.

Upon closer look, the buttony cross of the Maryland Line HQ isn’t the same mirrored image red-and-white colors of the Crosslands.

Wait, the Confederates DIDN’T use the Crossland’s cross after all?

No, they didn’t. Seen below is the Maryland HQ flag and below that is the Crossland family cross. Notice a difference?

Nope, the red-and-white buttony cross isn’t from the Crosslands, but from the Knights Templar.

Below is all the variants of the crosses used by the Templars. Notice the very last one.

So much for the Maryland flag being “half-Confederate” narrative.

But even if the Confederates used the Crossland family cross, so what?

If the Confederacy and/or Confederate troops embraced any given thing that’s already been around prior to hostilities, does that make it “half-Confederate”?

Just like the Federals, Confederate troops celebrated the 4th of July as well as Washington’s Birthday. Does that mean the 4th and the first president’s birthday are half-Confederate?

Major George Armistead became an American hero for his defense of Ft. McHenry during the War of 1812. Yet the Armistead’s nephew was Gen. Lewis Armistead of the Confederate States Army. Does that make The Star Spangled Banner half-Confederate?

Again, just like the Unionists, Southerners went to Presbyterian services, Catholic Mass and observed Jewish Shabbat. Does that make them half-Confederate?

Seriously, it’s time for these anti-Confederate hysterics to come to an end. 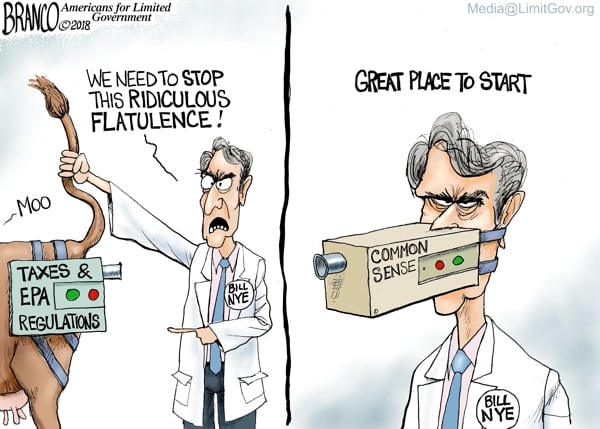 Cartoon of the Day: Bill Nye Not a Real Science Guy 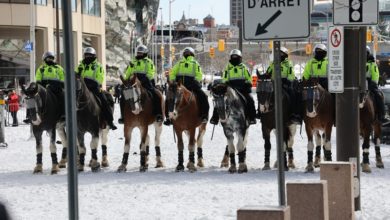