Snopes doesn’t like memes. Or Conservatives, for that matter. Their Founder David Mikkelson is fully liberal. Probably doesn’t like memes because they’re too sourpussy to make their own. It seems that they may be attempting to gather enough “evidence” so that FB will take down Conservative pages.

“A World Wide Community Website, Media & Clothing Brand founded by US Marines to promote patriotism, defend our constitutional rights, and educate about Veteran issues. We use satire to entertain, educate, motivate and share news you might not see anywhere else with a Non-PC Attitude.”

So, when our memes keep running afoul of the Snopes left wing “fact checkers” they get this message:

The meme is of Anderson Cooper standing in a ditch during hurricane Ike and had nothing to do with Florence. Snopes excused CNN for doing it that way because “everybody looks for the best shot.” But it’s still fake news. Making things up just to get a good shot is pathetic.

It was actually from a special that he ran the day after Hurricane Ike. He is standing in a ditch and during the special he also walked around in order to show the variations of depths in the water. Even if that wasn’t what he was doing EVERYONE looks for the best shot!

So that’s the excuse, eh, Snopes? It’s ok to stage the scenes because they’re just “looking for the best shot?”

The Weather Channel reporter who appeared to be fighting against heavy winds in Hurricane Florence with two unaffected people behind him was excused by the Weather Channel…and Snopes… because he was “standing on grass” and “they were walking on concrete.” Which has nothing whatever to do with the wind. Sorry, David, that one doesn’t fly either.

Another example of that same thing occurred last year when Getty photographer John Moore took a photo of a toddler crying. The photo ended up on the cover of Time magazine as an anti-Trump display. Snopes excused the reporting of the toddler being “separated from her mother,” when she was not, as “unintentional.” They also stated they believed that the photo was instrumental in Trump signing an order against separation of immigrant families at the border.

Many of our memes are “satire.” There are also times when Conservatives create a meme that is completely accurate that Snopes still intervenes with their “fact checkers” to say that it’s wrong or “deceptive.” Apparently we are not entitled to an opinion or perspective, only the liberals.

That photo is obviously photoshopped, but humorous, considering the many MSM news people who have been called out for telling stories that aren’t true. Try Brian Williams, or Brian Ross, or Dan Rather, for example. It’s not ours, but you get my point: Snopes has no sense of humor whatsoever.

Censorship of memes and articles is a flagrant violation of the First Amendment of the US Constitution. And Snopes is just one of the many left wing, radical violators. Based on Snopes “fact checkers,” Facebook bans, shadow-bans, and outright yanks memes and sometimes articles that it term as offensive. Their Artificial Intelligence is specifically programmed to hunt for memes it doesn’t like.

So let’s try our non-PC attitude. Snopes hates all Conservatives and works overtime to say that our perceptions are untrue. When Conservatives report on incidents with the left, – even if it’s accurate- Snopes will spin whatever we write as “not exactly true” and excuse it. Manipulation of people’s emotions is something that has been going on with photographers since the invention of the camera.

First, the photo on the meme is inaccurate- it’s of an entirely different woman. Thanks 4chan. Way to go. So it’s miscaptioned. But the wording is totally accurate: the Democrats (of which Dr Ford is one) have weaponized her as a tool to destroy Brett Kavanaugh. The picture of Dr. Ford in her pink brain hat would have been a better choice, right David?

Repressed memories are real, but they are also often inaccurate, according to legal experts who aren’t trying to destroy the Supreme Court nominee. A past traumatic event can often be triggered by new events, but the memories are clouded by all the experiences in between the situation and current. They can be false, and must be corroborated by additional evidence. Dr Ford and her attorneys refuse to say that she should corroborate the accusation. Her or the newest  woman to accuse Kavanaugh of sexual assault: Deborah Ramirez.

“David and Barbara Mikkelson in the San Fernando Valley of California started the website about 13 years ago. After a few years it began gaining popularity as people believed it to be unbiased and neutral. But over the past couple of years people started asking questions when Snopes was proven wrong in a number of their conclusions. There were also criticisms that the Mikkelsons were not really investigating and getting to the ‘true’ bottom of various issues, but rather asserting their beliefs in controversial issues.”  WuTang post

All in all, Snopes has always been liberal, always been down on Conservatives. Yes, on occasion they report something correctly, but most often the spin is against us – particularly with Conservative media. It’s ok for liberal media to run away with their view, but not ok for us. Snopes is weaponized by Facebook and other social media to destroy Conservatives. 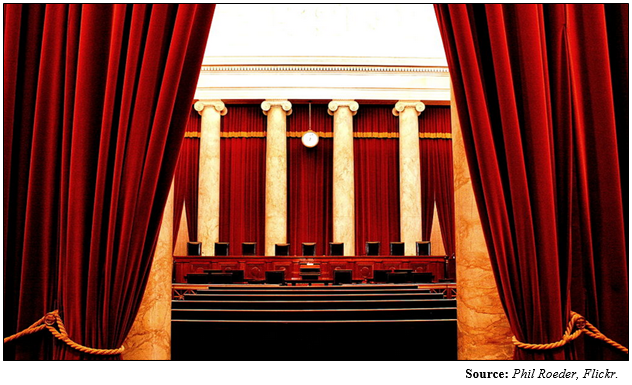