Donald Trump has done it again: He has given a nickname to a perceived political adversary, in this case NBC veteran commentator Chuck Todd.

So what trait of Todd has the president lampooned? His thinning hair? His hypocrisy? Nope. Trump has gone after Todd’s “sleepy eyes.” On Sunday, he tweeted:

Sleepy Eyes Chuck Todd of Fake News NBC just stated that we have given up so much in our negotiations with North Korea, and they have given up nothing. Wow, we haven’t given up anything & they have agreed to denuclearization (so great for World), site closure, & no more testing. [Emphasis added]

I’m not sure exactly what Trump is referring to with that descriptor, or whether it was intended to highlight a physical feature or a personality trait. But, Sarah Chadwick, one of the lesser-known survivors of the shooting at Marjory Stoneman Douglas High School, thinks she has the answer.

“Sleepy eyes” is an anti Semitic term that was and is stilled used by neo- nazis groups relating to “how to spot a Jew.” Donald Trump just used anti semitic terminology against a Jewish reporter. Why are people not talking about this?! https://t.co/cy54ZEE92v

It’s interesting to observe that Chadwick and her fellow anti-gun crusaders, all of whom have way too much time on their hands and too much attention from the media, are branching out into other areas of liberal politics, including conspiracy theories.

As to her claim, I as a lifelong Jew have never heard the term sleepy eyes used as a Jewish stereotype or as an attributive in any other context for that matter. Nor was I aware that Chuck Todd was Jewish. He is, as it turns out, on his mother’s side, though no one can say for certain whether Trump knows that. And even if he does, what would motivate him to emphasize it in a tweet focusing on U.S. negotiations with North Korea?

Finally there’s this. Trump’s daughter is married to a Jew and converted to Judaism herself. In light of that, how likely would the president be to take a cheap shot at a member of the “tribe”?

None of these questions appear to have occurred to Sarah Chadwick or the multitude of Twitter users so dedicated to spewing hatred toward Trump that they devoted their time and energy to proving to their own satisfaction that the president is an anti-Semite. 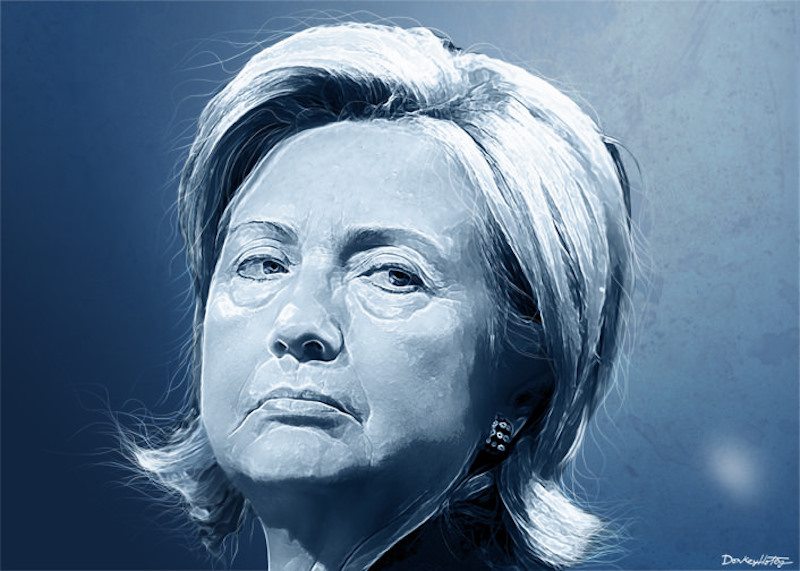 Hillary Is Broke And Has NO MONEY To Pay Poll Workers In Philly!