Police in Clayton County, Georgia are “pursuing all leads” to find the suspect after an argument in the parking lot of Mt Zion High School led to two women being shot, and one slightly injured from being pushed down. One woman died from her wounds after being shot multiple times in the chest. The incident occurred at around 8:45 p.m. after the graduation ceremony on Friday night, and no students were injured, according to WSBTV.

SHOOTING IN CLAYTON COUNTY, GEORGIA:
– 2 women shot in parking lot outside Mt. Zion HS
– 1 has died & 1 is injured
– Victims were NOT students
– Gunman not in custody
– Police ‘actively pursuing’ all leads

Police are actively searching for the suspect, who has not been named.

Liberals were all over it on Twitter, screaming at the top of their lungs for gun control. But seriously, calling that a “school shooting” is a huge stretch.

CNN and various mainstream outlets have been saying that there have been 22 school shootings so far this year. They are calling nearly everything a school shooting, including gang shootings. A “school shooting” in which a student or outsider walks into a school and commits mass murder actually is about 7 for the year, according to the Daily Wire.

Here is how CNN counted them:

Including today’s shooting incident at a Texas high school, this year there have already been 22 school shootings where someone was hurt or killed. That averages out to more than 1 shooting a week. https://t.co/DL1wCUAipq pic.twitter.com/Qsw0WlLlJv

Notice anything messed up about those definitions?

The Daily Wire reported that the following were what CNN was counting:

April 12, Rayton, MO: Someone fired a gun in the parking lot of a track meet, and a man was wounded.
April 9, Globersville, NY: A student shot another student with a BB gun.
March 13, Seaside, CA: A teacher accidentally discharged a firearm during a public safety class. No one was killed.
March 8, Mobile, AL: A non-student was shot at an apartment on the University of South Alabama campus.
March 7, Birmingham, AL: Two students were shot accidentally during dismissal time at a school.
March 7, Jackson, MS: A student was shot at a dorm at Jackson State University.
March 2, Mount Pleasant, WA: Two non-students were shot at a dorm at Central Michigan University – and police blamed a domestic dispute.
February 27, Norfolk, VA: A student at Norfolk State University was apparently accidentally shot from an adjacent dorm room.
February 27, Itta Bena, MS: A non-student was shot at a recreation center at Mississippi Valley State University.
February 24, Savannah, GA: A non-student shooter shot a non-student victim on the Savannah State University campus.
February 9, Nashville, TN: A 14-year-old shot a 17-year-old in a targeted murder attempt in a parking lot of a school.
February 5, Oxon Hill, MD: Two teenagers shot a third teenager in a robbery attempt outside a school.
February 1, Los Angeles, CA: A 12-year-old girl accidentally shot two 15-year-olds.
January 31, Philadelphia, PA: A 32-year-old non-student was shot outside a high school after a fight.
January 20, Winston Salem, NC: A college football player was shot to death on campus at a party.

Let’s be clear- any shooting, any injuries or deaths are a criminal act, and horrifying. But spreading the lies about school shootings by revamping the definition is despicable. It’s manipulation.

The shooting in Clayton County, Georgia did not have the hallmarks of a “school shooting.” It was a sad and disgusting situation on the night of a graduation ceremony. But it stemmed from an argument, not the crazed intentions of a mass murderer. 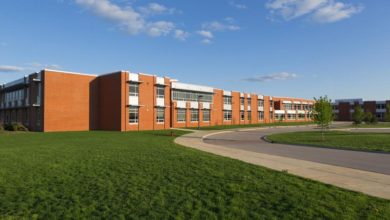 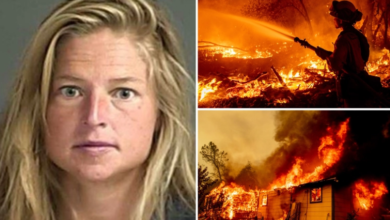