Shakopee, Minnesota – Enedelia Perez Garcia, 27, was ruthlessly stabbed to death on August 12, 2018, by an illegal alien she had been dating for 3 years. Fraider Diaz-Carbajal, 35, has been charged with 2nd degree Murder in her death.

Garcia and Diaz broke up about a month prior to the murder, something that Diaz was ‘not handling well,’ according to his roommate. (Fairly obvious considering the murder charge).

At about 4:02 p.m. on Aug. 12, Shakopee police were dispatched to a fight call involving a knife at Diaz-Carbajal’s townhome, 1279 Taylor St., No. 6., and while on the way to the Taylor Ridge Townhomes, they were told a male had a knife and a female was possibly dead.

According to the charging documents, officers found a bloody scene in the upstairs bedroom: Diaz-Carbajal was lying with his head resting on the stomach and chest of Garcia, who was sitting on the floor with her back against the wall and did not appear to be breathing. Diaz-Carbajal’s throat was cut with a 6 to 8-inch-long laceration and there were several stab wounds in his abdomen. He was “taking occasional breaths and moving” and a large, bloody knife was at his left side.

Garcia had a large amount of blood around her neck and head area, “multiple stab wounds all over her body,” had no pulse and was not breathing.

Officers performed first aid on both of them, but when Allina paramedics arrived, they pronounced Garcia dead. Diaz-Carbajal was transported to the Hennepin County Medical Center.

According to Diaz’ roommate,  she was upstairs bathing her two children when she heard the two arguing.  When she heard Garcia yell “Drop the knife!” she ran downstairs to find Garcia being viciously stabbed “all over her body.” Then she watched Diaz slit his own throat. She ran back upstairs, grabbed her kids and fled to a nieghbor’s house.

Diaz was released from the hospital on Tuesday, and charged with 2nd Degree Murder (not premeditated). His bond hearing was Tuesday, where a $1.5 Million conditional bond or $5 million unconditional bond was imposed. He will be subject to deportation, and faces a possible 40 year prison sentence.

Diaz has lived in the Shakopee area off and on for 18 years – and when the judge asked him if he understood the charges against him, he replied “No.” All of the proceedings were conducted through a translator because Diaz supposedly doesn’t speak English. (Neither does his roommate, by the way.)

Diaz was deported in 2012, but re-entered the US illegally. He began dating Garcia in 2015. At one time they both lived in the townhouse, but she moved out with her 7 year old daughter.

Had the United States enforced the prison term of 20 years for illegal re-entry into the US, Ms. Garcia might well be alive today. 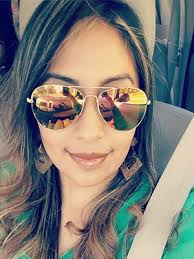