Remember back when Beto said ‘heck yeah’ he was coming for your guns, and Biden said Beto should be his ‘gun czar’? Well, that plan is not gonna fly in Texas.

That flag with the cannon on it isn’t just a distant historical memory… it’s part of how Texans self-identify.

‘Come and take it’ was never an invitation of subservience, it was, as it has always been, a defiant dare. 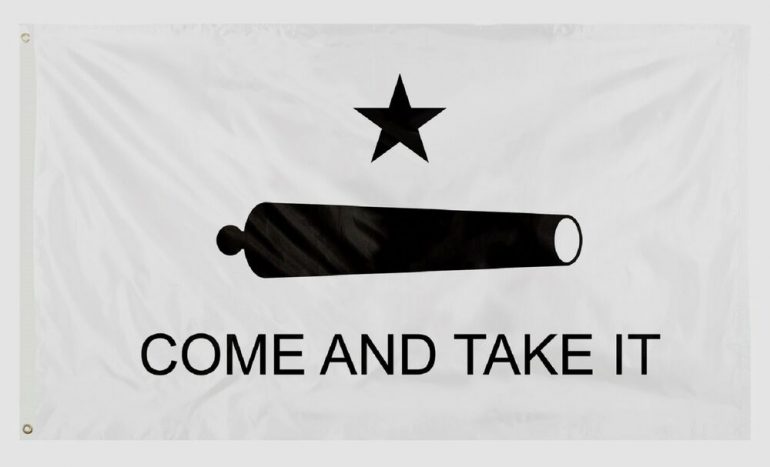 That defiant dare has been given an update… 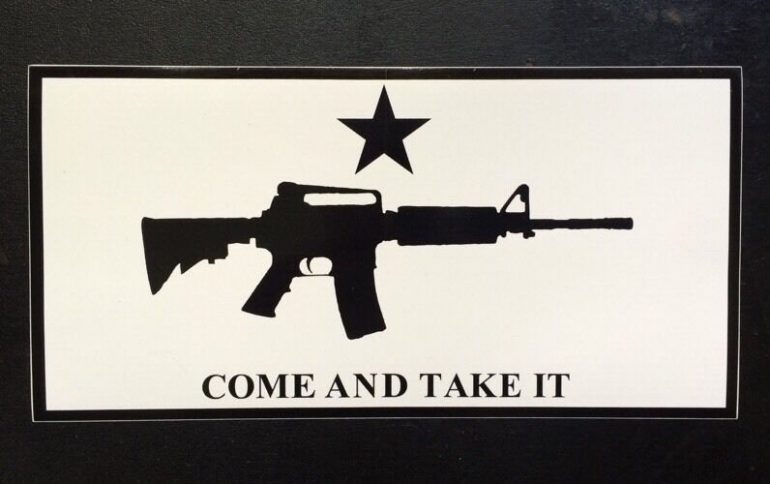 That updated dare is in reply to gun grabbers getting bolder and louder in their plans of putting the squeeze on lawful gun owners.

The Constitution is on their side. And so are some Red States and their Governors, most notably Texas.

Politicians from the fed. level to the local level have threatened to take guns from law-abiding citizens.

I just signed SEVEN pieces of legislation into law protecting #2A rights in Texas — including constitutional carry & making Texas a #2A sanctuary state. pic.twitter.com/nd4G2u01sb

…From Sept. 1, law-abiding Texans aged 21 and over won’t have to obtain a state-issued license for carrying a handgun in public—either concealed or openly—so long they are not excluded from possessing a firearm by another federal or state law.

Abbott referred to the new law as “the biggest and best of them all.”

…Other bills that Abbott signed into law on Thursday, which also go into effect on Sept. 1, include House Bill 2622, also known as the “Sanctuary State Act.”

The bill prohibits state officials from enforcing certain federal regulations on firearms, firearm accessories, or ammunition that are not in line with state law. House Bill 1500 also classifies firearm and ammunition businesses as “essential,” meaning that government entities are prohibited from banning their sale or transport during emergencies and disasters, such as the COVID-19 pandemic. —EpochTimes

The seven bills signed into law are:

House Bill 1927 — Which addresses the concealed carry rights of any Texan 21 or older who can lawfully possess a firearm.

House Bill 1500 provides that businesses relating to firearms and ammunition are deemed ‘essential’ and cannot be arbitrarily singled out for closure by government action in a declared ’emergency’.

Senate Bill 19 prohibits the State from doing business from any entity that discriminates against or targets firearms associations, manufacturers, stores, or similar entities.

House Bill 550 — allows Texan gun owners the freedom to choose the holster that best suits their circumstances and preferences, rather than restricting them to the use of shoulder or belt options. 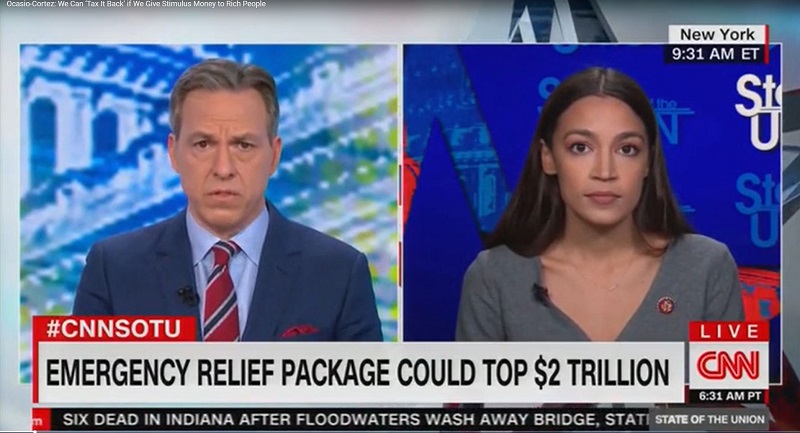 AOC: We Can ‘Tax It Back’ if We Give Stimulus Money to Rich People (Video)