In my 2019 book, “Unmasking Obama,” I focus the spotlight on those intrepid investigators who are doing the work that mainstream journalists are paid to but don’t.

One unsung investigator who deserves more attention is Ty Clevenger, a self-described, “Ex-cop, ex-journalist, disgruntled lawyer, muckraking blogger (http://LawFlog.com), and cheerful optimist. (OK, maybe that last one is a stretch.)”

In a sense, all the investigators I have highlighted are, like myself, optimists. We continue to believe that surrender is not an option and that despair is for losers. For the last several years, Clevenger has dug away the dirt surrounding what may be the most revealing mystery of our time, the murder of DNC staffer Seth Rich.

Through his legal efforts on behalf of client Brian Huddleston, Clevenger has discovered that the FBI has in its possession not just Rich’s personal laptop but his work computer as well. “I think it’s huge,” Clevenger recently told Emerald Robinson on her program “The Absolute Truth.”

For those who have only recently been red-pilled, the 27-year-old Rich, a DNC data analyst, was beaten and then shot by unknown assailants on a Washington, D.C., street in the early morning hours of July 10, 2016. His attackers appear to have taken nothing – not his wallet, not his phone, not his watch.

This begs the question of what his killers were looking for. The media accepted the explanation of the Metropolitan D.C. Police that Rich’s murder was the result of a botched robbery – but how does one botch a “robbery” after beating and then killing the victim.

“I think Julian Assange was telling the truth,” Clevenger told Robinson. Two weeks after Rich’s death, Assange suggested on Dutch TV that Rich was his source for the DNC emails then unsettling the Democratic Party. Assange offered a $20,000 reward to find Rich’s killer.

The media has mindlessly blamed the Russians for hacking this information, but as Clevenger pointed out the FBI never looked at the DNC computers that were allegedly hacked. Instead, the alleged crime victim, the DNC, took the unlikely step of circumventing the FBI and hiring its own investigator, the Democrat-friendly firm CrowdStrike.

The FBI then took the unprecedented step of accepting CrowdStrike’s word that the Russians were responsible for the crime. What the FBI had to ignore was what Assange reportedly told liberal media analyst Ellen Ratner shortly before the 2020 election.

The FBI’s failure to interview Ratner was indicative. On the day after the 2016 election Ratner, a veteran news analyst, participated in a recorded symposium at Embry Riddle University.

“I spent three hours with Julian Assange on Saturday at the Ecuadorian Embassy in London,” said Ratner more than an hour into the conversation. “One thing he did say was the leaks were not from, they were not from the Russians. They were an internal source from the Hillary Campaign.”

An admitted Hillary Clinton supporter, Ratner had no reason to make this up. Not long after Trump’s inauguration, Pulitzer Prize-winning journalist Sy Hersh cited an FBI report relayed to him by one of his most trusted sources confirming Assange’s claim.

Later that year, DNC head Donna Brazile dedicated her book, “Hacks,” to Rich and questioned whether the Russians had “played some part in his unsolved murder.” None of this interested our media.

Clevenger, however, has kept plugging. On Dec. 10, on the newly liberated Twitter, Clevenger posted a thread on what he has learned to date, beginning with the FBI’s recent grudging admission of the two Rich laptops in its possession.

Attached to the thread is the declaration of Michael Seidel, the FBI official who tries to explain why “none of the records previously showed up in the five years” that Clevenger has been requesting them.

Clevenger cites Hersh’s intel report, about which he testified under oath, “indicating that @Wikileaks got the DNC emails from an internal DNC source rather than from Russian hackers.” Says Clevenger, “I suspect the report he’s talking about is the FBI’s report on Seth’s work laptop.”

Concludes Clevenger, “The FBI lied and cheated for five years in order to hide that laptop report, and it’s still fighting to hide that report from the public.”

What neither the FBI nor the mainstream media can deny is that Seth Rich was murdered on a Washington Street and that his killer or killers remain at large. The real scandal here, the undeniable one, is that our media have less than zero interest in finding out just who those killers are. 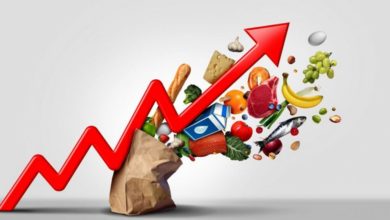 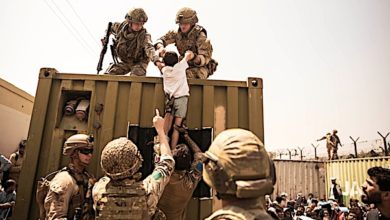