New sedition charges were filed on Thursday against 11 members of the Oath Keepers, including their leader Stewart Rhodes, over the Jan 6, 2021 riot. The government claims it has the evidence to convict them. One person on the Extremism Project stated that a conviction would be a “monumental breakthrough” and a “seismic” blow to the Oath Keepers organization because then they’ll all be branded as “traitors.” The court documents are at this link.

But the Sedition charges are not exactly what they seem – there are also accusations of the FBI’s attempt to recruit confidential informants (CI) from within the group to obtain such evidence. That kind of tactic is often used by the FBI, but verges on entrapment, depending on how the CI is used and whether or not they “suggested” certain actions.

The indictment says that on Nov. 5, 2020, Rhodes told other Oath Keeper leaders that “we aren’t getting through this without a civil war.” Two days later, when Biden was declared the victor by most news networks, Rhodes shared a video called “Step by Step Procedure, How We Won When Milosevic Stole Our Elections” with the same group.

The indictment outlines how the militia group spent the following weeks training, honing communication strategies, and amassing an arsenal of firearms and ammunition. Rhodes alone spent about $5,000 on guns and related gear on Jan. 1 and 2, 2021; $6,000 on Jan. 3, and $4,500 on Jan. 4, court records allege.

According to the indictment, the weapons were meant for the QRF teams in Virginia that were prepared to ferry them into Washington, D.C., at some point to stop the lawful transfer of presidential power.

On the day of the siege, the 11 people who were indicted broke into two “stacks” — a military term for a formation of people grouped in a line with their hands on the shoulders of the person in front of them. Both stacks ended up joining the mob, pushing past police officers and breaching the Capitol building. The indictment alleges that once inside, Meggs, Harrelson, Hackett, Moerschel and other members of “Stack One” began searching for Speaker of the House Nancy Pelosi.

Eventually, both groups left the Capitol and met up at a restaurant in Vienna, Virginia, to make more plans. The QRF that was staged in Virginia was never activated.

The government also alleges that Stewart Rhodes “stockpiled” even more weapons after the riot. These charges have played into the narrative that veterans are being “targeted” for “extremism,” since at least 73 veterans were present at the Capitol on Jan 6 and others had some military experience. Of the 11 indicted for sedition, 5 are veterans. Expect a giant-sized crackdown on both the military and ordinary veterans for their memberships in any organizations that the government (and the SPLC) decides are extremists.

Meanwhile, in an interview with Jeremy Brown, who has been held in the Pinellas County jail in Florida since his arrest in September 2021, the spectre of FBI recruiting informants before Jan 6 raises all sorts of questions. When Brown refused to become an informant, he was harassed and ultimately arrested…now he sits in the Pinellas county jail with no bond for two federal misdemeanors. Brown had joined the Oath Keepers, and the FBI wanted him to spy on them. He went on record with that statement in March of 2021 in a podcast, knowing that it made him a target.

Brown said he met with two agents on Dec. 11 in a restaurant in Ybor City, Fla., and recorded the interaction. Within less than a minute of the start of the meeting, one of the agents made an offhand reference to Brown possibly working with JTTF again. Later in the meeting, they made the pitch to him to be a confidential informant…

“I spoke the truth about my firsthand account and gave my professional opinions based on 20 years of special operations experience,” Brown wrote, “some of which was working with the JTTF and other similar agencies on foreign soil.

“This clearly got the attention of the FBI and almost immediately, friends of mine began being contacted by the FBI, some of whom were questioned and threatened with being charged with crimes,” Brown wrote. “They wanted details about Jeremy Brown. My own sister was personally contacted on her new cell phone number by the very agent that was in the recorded recruitment meeting.”

The agent told Brown’s sister that “the FBI/DHS (Department of Homeland Security) was ‘concerned’ I had been ‘radicalized’ and that I may be ‘suicidal,” Brown said. This was particularly upsetting, because the siblings lost a brother to suicide in late 2018, he said.

“When my sister told me this, I attempted to contact this agent via his official government email multiple times in hopes of addressing his concerns, but I received no response,” Brown said.

The Epoch Times (Read more about this at the link)

The use of lies to intimidate or elicit certain reactions from the people they contact is standard in some agencies, particularly the FBI. If you don’t play ball with them, they will find a way to arrest you. It is now obvious that the FBI had plants inside the Jan 6 riot. Sedition charges are usually hard to prove, but the “evidence” in this case is damning on the surface. Below the surface is where defense attorneys and their investigators will have to look.
H/T Uncle Sam’s Misguided Children
Related:
Turn your back on Big Tech oligarchs and join the New Resistance NOW!  Facebook, Google, and other members of the Silicon Valley Axis of Evil are now doing everything they can to deliberately silence conservative content online, so please be sure to check out our MeWe page here, check us out at ProAmerica Only and follow us at Parler, Social Cross and Gab.  You can also follow us on Twitter at @co_firing_line, and at the new social media site set up by members of Team Trump, GETTR. 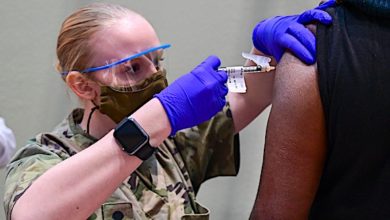 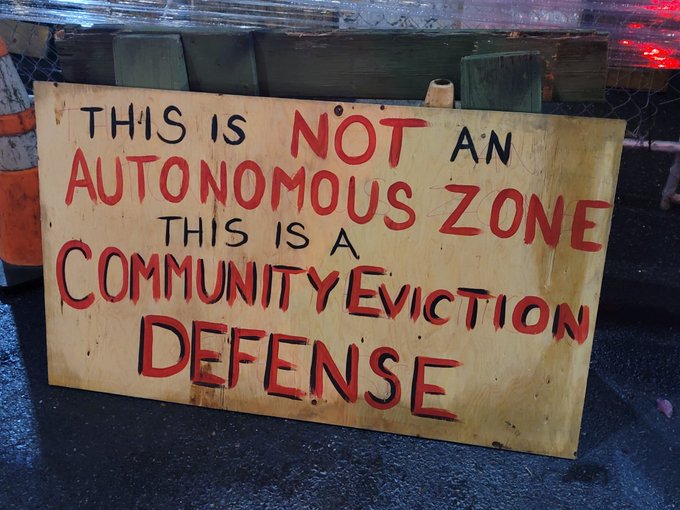