The House has voted to once again impeach President Donald Trump, charging him with incitement of insurrection. The single article of impeachment states the President “willfully made statements that, in context, encouraged — and foreseeably resulted in — lawless action at the Capitol.”

President Trump did nothing of the sort, but the facts do not matter to the House.

At the Save America Rally on Jan. 6, President Trump explicitly urged everyone to “peacefully” protest the Electoral College certification of Joe Biden as President-elect: “We have come to demand that Congress do the right thing and only count the electors who have been lawfully slated, lawfully slated. I know that everyone here will soon be marching over to the Capitol building to peacefully and patriotically make your voices heard.”

Under no standard of law do those statements constitute incitement of insurrection. They are political speech fully protected under the First Amendment of the U.S. Constitution.

Unfortunately, President’s Trump call for peaceful protest was not heeded, as some of the crowd breached the perimeter around the Capitol, attacked police officers and then proceeded to storm into the U.S. Capitol, broke down doors, smash windows and made their way to the floors of the House and Senate, resulting in the deaths of five individuals, including two Capitol Hill Police Officers.

To be clear, these rioters do not represent President Trump, his movement or this country. They do not represent me. Such acts of political violence are unacceptable, wrong and should be prosecuted to the fullest extent of the law.

After the violence began, Trump immediately urged his followers to stop on Twitter, stating: “I am asking for everyone at the U.S. Capitol to remain peaceful. No violence! Remember, WE are the Party of Law & Order – respect the Law and our great men and women in Blue. Thank you!”

Just today, the President issued another statement denouncing violence: “In light of reports of more demonstrations, I urge that there must be NO violence, NO lawbreaking and NO vandalism of any kind. That is not what I stand for, and it is not what America stands for. I call on ALL Americans to help ease tensions and calm tempers. Thank You.”

None of that was enough for the House, which conducted no investigation, held no hearings and provided no due process in this proceeding.

That is because this snap impeachment is not just about removing President Trump from office with just six days left in his term — it is about canceling you and the 74 million Americans who voted for him.

This rush to judgement will not end in the Senate, where a trial is constitutionally prescribed — although, after Jan. 20 any case for removal will be moot — it will go on and on.

If you supported President Trump, if you thought the 2020 election was not conducted honestly, either you renounce him, or you could lose your job. Your access to banking. Your social media accounts. Subjected to political violence. It will never end.

If the Senate proceeds to another divisive trial, and were to vote to convict, either before or after Jan. 20, then tens of millions of Americans will be disenfranchised. The nation will be divided.  And even the Union imperiled.

This impeachment undermines the peaceful transfer of power almost as much as storming the Capitol did.

As Sen. Lindsey Graham warned, this impeachment “will do great damage to the institutions of government and could invite further violence at a time the President is calling for calm… The process being used in the House to impeach President Trump is an affront to any concept of due process and will further divide the country. The President, who will be leaving office in less than a week, has committed to an orderly transfer of power, encouraging calm and rejecting violence.”

The millions who have supported President Trump and his agenda should not be demonized because of the despicable actions of a seditious mob.

Graham added, warning House and Senate Republicans to oppose this rushed process, “To my Republican colleagues who legitimize this process, you are doing great damage not only to the country, the future of the presidency, but also to the party.”

Graham warned that it is the American people themselves are being targeted by this impeachment: “The millions who have supported President Trump and his agenda should not be demonized because of the despicable actions of a seditious mob. The individuals who participated in the storming of the Capitol should be met with the full force of the law. They should and will be held accountable.”

Sen. Graham is exactly right. There is a lot more at stake than the removal and disqualification of President Trump.

Millions of Americans who supported President Trump think this means they are next. That Congress is declaring them to be enemies of the state. Are they wrong? 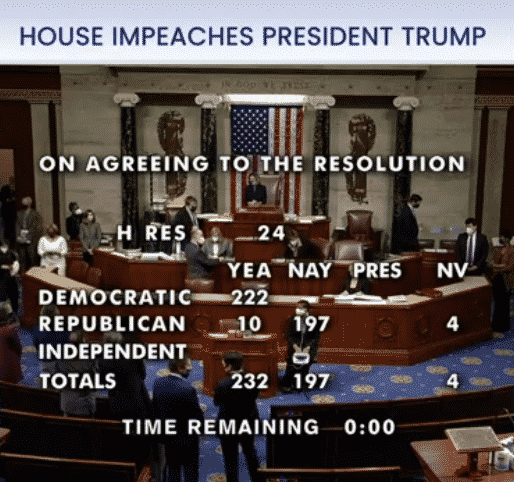 As House Minority Whip Steve Scalise (R-La.), who was gunned down by a fanatical political opponent at the 2017 Congressional baseball practice, a victim of political violence in our country, said on the floor of the House today: “At this moment we need to be focused on toning down the rhetoric and helping heal this nation as we move towards a peaceful transition of power to President-elect Joe Biden next week… I have seen the dark evil of political violence first-hand and it needs to stop. But all of us need to be unequivocal in calling it out every single time we see it, not just when it comes from the other side of the aisle.”

Scalise quoted Abraham Lincoln’s Second Inaugural, when President Lincoln called on the country to come together after the tumultuous Civil War that claimed 620,000 American lives: “With malice toward none with charity for all with firmness in the right as God gives us to see the right let us strive on to finish the work we are in to bind up the nation’s wounds, to care for him who shall have borne the battle and for his widow and his orphan — to do all which may achieve and cherish a just and lasting peace among ourselves and with all nations.”

America is at a dark crossroads. One path leads into an endless abyss, risks civil war and could destroy the Union and lead to tyranny.

The other path is the long and difficult road to rejoining a national dialogue, reestablishing national brotherhood and affirming that we are all Americans working together to heal our republic.

We have to find a way to come together, because the alternative is unthinkable. We will not get this moment back. 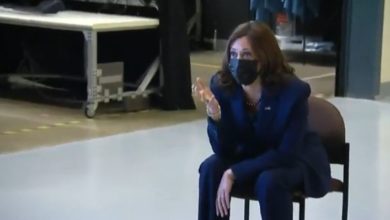 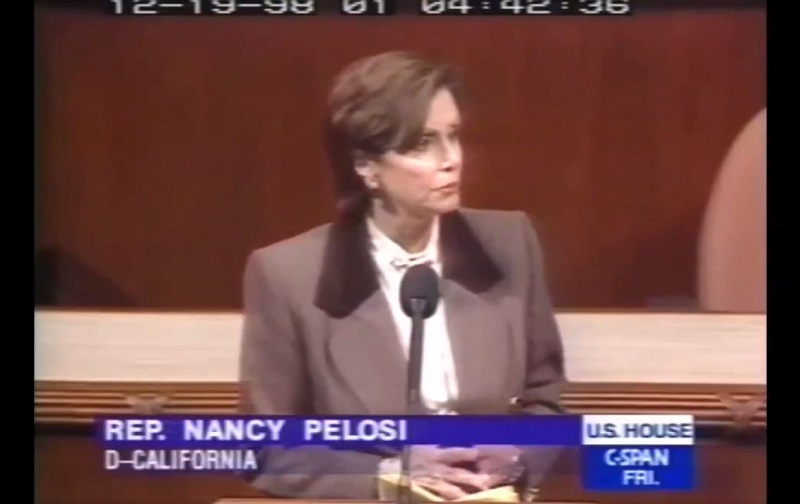