Nationally-recognized Second Amendment advocate Alan Gottlieb took to Facebook Wednesday after a phone conversation with the Gun Owners for Trump advisory board, telling gun owners bluntly, “Protecting our 2A rights comes down to us.”

Gottlieb, who founded the Second Amendment Foundation and serves as its executive vice president, and who also chairs the Citizens Committee for the Right to Keep and Bear Arms, has been involved in the gun rights battle for a half-century. He’s been on the front lines in key battles, and led SAF to a landmark Supreme Court victory in June 2010 when the court handed down its ruling in McDonald v. City of Chicago.

That 5-4 decision came almost exactly two years after the high court handed down its ruling in District of Columbia v. Dick Anthony Heller, the decision that defined the Second Amendment as protective of a fundamental, individual right to keep and bear arms not requiring service in a militia.

Gun prohibitionists have been furiously trying to chip away at the two rulings ever since. McDonald incorporated the Second Amendment to the states, so even if a state does not have a specific right to bear arms provision in its state constitution, the Second Amendment now applies to all citizens everywhere they are on American soil.

He’s been telling people for years that “Elections matter.” Four years ago, with the entire nation expecting Hillary Rodham Clinton to stroll into the Oval Office and immediately declare war on gun rights, the importance of those two words became obvious.

The situation is now in replay, but with President Donald Trump facing former Vice President Joe Biden. The nation appears divided following a summer of discontent that has rocked major cities. That said, Gottlieb’s message is to-the-point:

“In the key battle ground states,” he writes, “if we all do our part, gun owners will be the winning margin.”

Late last year, looking ahead to the 2020 campaign, Gottlieb sat down for a two-part interview with GUNS magazine, which may be read here and here. It was an instruction guide for grassroots activists that has become even more important over the past several months.

There is much to consider with less than two weeks remaining before the national elections. A recent report at Ammoland News covered a Rasmussen survey’s findings that a majority of voters believe if Joe Biden wins the presidency, his vice president will have to assume office before the end of his first term. That would be vehemently anti-gun California Senator Kamala Harris.

A separate Ammoland report detailed how Biden’s “plan” to reduce so-called “gun violence” would essentially turn the right to keep and bear arms into a government-regulated privilege. Gottlieb is determined to prevent that from happening.

“Make sure that every 2A supporter you know casts their ballots,” he advised to several Facebook groups. “We are on the front line of the fight. Share this as far and wide as you can as soon as you can!”

While SAF does not get involved in elections, and it does not endorse any candidates, it has become a legal powerhouse since the McDonald ruling. It’s most recent victory came in an ongoing case in Gottlieb’s own state of Washington. SAF and the National Rifle Association sued the City of Seattle over a so-called “safe storage” mandate adopted two years ago in apparent violation of the state’s long-standing firearms preemption law. That statute places responsibility for all gun regulation solely in the hands of the state legislature. Local governments cannot adopt their own regulations. Liberal city governments hate the law and Seattle’s effort is a direct challenge.

A trial court judge tossed the case two years ago, ruling that SAF, NRA and two private citizens lacked “standing.” The State Court of Appeals, Division 1 this week reversed and remanded the case back to King County Superior Court. Now there will be a trial and Gottlieb is confident SAF and NRA will prevail because the state law is clear.

The trial may be months away, and the election is on the horizon. Not only is Gottlieb urging gun owners to vote in the presidential race, his call to action covers congressional races as well. Republicans need to keep control of the Senate, and if possible recapture the House.

If Trump can win re-election, he can continue to fill federal court vacancies with constitutional judges. He might fulfill his promise to sign national concealed carry reciprocity legislation. For that to happen, Republicans need to hold the Senate majority.

With so much at stake, Gottlieb’s message to gun owners is clear. Vote like your rights depend on it, because they do. 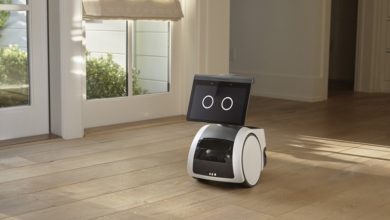 Trump Blasts ‘Power-Hungry Lunatics’: ‘We Are Not Going To Take It Anymore’ (Video)
January 16th, 2022 Conservative Firing Line
Our Privacy Policy has been updated to support the latest regulations.Click to learn more.×
Close
Close
Log In