Seattle Public Schools are working hard to indoctrinate children with the narrative pushed by “Critical Race Theory.” (Emphasis on the theory part. Do people even know what the word theory means? Didn’t think so). Basically the Seattle Public Schools are training their teachers to teach hate. And indoctrinating children into the lies, transforming them into activists instead of people who understand academics like reading, writing, and math.

2+2 is racist and students are being taught that in Seattle schools, according to an article at Hoover.org. Don’t people balance a checkbook anymore? Apparently not.

According to Seattle educators, math instruction in the United States is an example of “Western Math,” which apparently is the appropriation of mathematical knowledge by Western cultures. While everyone agrees that two plus two is four, three times three is nine, and that there are three hundred and sixty degrees in a circle, Western Math critics worry about more nuanced issues, such as why we teach kids Western counting and not, for example, how the Aborigines count. Hoover.org

In an investigative report from whistleblower documents that was printed in the New York Post by Christopher Rufo on Dec 17, he states that teachers in the Seattle Public School system are being trained to teach children that they must “commit to anti-whiteness even if their lizard-brain” tells them it’s bad.

“Lizard brain.” The term tells you all you need to know about the attitudes of these so-called “trainers.” People with hate in their hearts are “training” others to hate just like them.

In the most disturbing portion, teachers discussed “spirit murder.” Schools, according to “abolitionist” pedagogue Bettina Love, who invented the concept, “murder the souls of black children every day through systemic, institutionalized, anti-black, state-sanctioned violence.”

At the conclusion of the training, teachers had to explain how they will practice “anti-racist pedagogy,” address the “social-justice movements taking place” and become “anti-racist outside the classroom.” They were told to divide the world into “enemies, allies and ­accomplices” and work toward the “abolition” of whiteness. They must, in other words, abandon the illusion of neutral teaching standards and get in the trenches of race-based activism.

The trainers begin by claiming that teachers are colonizers of Native American "ancestral lands" and that “the United States was built off the stolen labor of kidnapped and enslaved Black people’s work, which created the profits that created our nation.” pic.twitter.com/lTSXFACqDD

The trainers tell white teachers that they "must commit to the journey" of anti-whiteness, even if their "lizard-brain" makes them "afraid that [they] will have to talk about sensitive issues such as race, racism, classism, sexism, or any kind of ‘ism.’" pic.twitter.com/hfU94v4Rjy

Next, the teachers hold a discussion about “spirit murder,” which, according to Dr. Bettina Love, is the concept that Americans schools “murder the souls of Black children every day through systemic, institutionalized, anti-Black, state-sanctioned violence.” pic.twitter.com/zvgfEI8IJ7

In recent years, the district has expanded its Department of Racial Equity Advancement and deployed “racial equity teams” in dozens of schools. The stated goal is to “advance educational racial equity,” but in practice, this program often serves to enforce an ideological agenda. pic.twitter.com/zYjVRTTTK3

This kind of “training” bankrupts students and teachers alike (not their “privilege”). America already has entire generations of students who can barely put a sentence together or read the pages of a newspaper. Common Core didn’t help. Now, with the rise of ‘racist anti-racists,’ the dumbing down of America is almost complete.

This situation is why President Trump signed an executive order to stop “critical race theory” and the “1619 Project” from Federal employee training. They are lies from the pit of hell. Seattle’s “woke” leaders are deceived. They’re wearing that mask over their eyes instead of their nose and mouth. 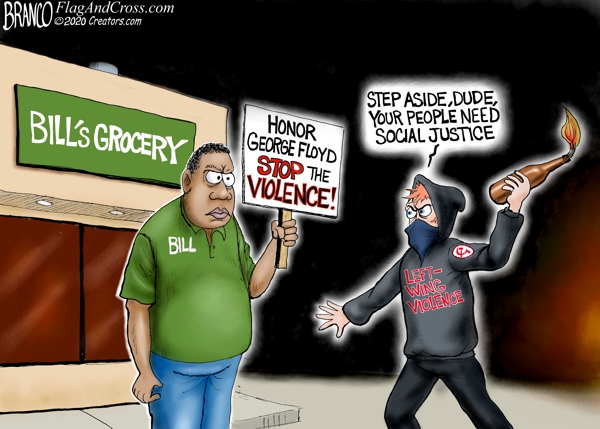 About Those Oh, So “Tolerant” Democrats… (Better Call The Wahmbulance)