The Board is now facing backlash after destroying nearly 5,000 books including history texts about explorers as well as beloved children’s adventure comics.

How did they not know that burning books was a bad thing?

There has long been tension in Canada with the First Nations Peoples, but in recent years, it has been increasing.

As woke leftists comb through history to highlight historic injustices, the outrage mobs gather their torches and pitchforks.

After a years-long investigation into Missing and Murdered Indigenous Women and Girls and another years-long study on the controversial Residential Schools program in Canada with a final report from the Truth and Reconciliation Commission, things haven’t really improved.

There are still cries of “colonialism” and imposing beliefs.

Schools have gone über-woke in Canada, and have decided to do their own “reconciliation.” There has been a push to include “Indigenous knowledge and content” into the curriculum at all grade levels.

Some high schools have decided that the 11th Grade English course will only include literature written by Indigenous authors.

The Conseil scolaire catholique Providence, decided to take things further. In consultation with First Nations elders and Indigenous “knowledge keepers” they decided to purge with fire books that were deemed offensive. This was to be done during a “flame purification ceremony” that would be held for “educational purposes.”

The French school board in Western Ontario removed 4,700 books from school libraries and classrooms at more than 30 schools, and they have been destroyed or in the process of being recycled.

Among the books removed were beloved children’s classics, Asterix and Obelisk, and Tintin, which are comic-style adventure books, and a modern comic in the same style set during the exploration of Quebec. The author, Marcel Levasseur, is devastated. His comic, “Laflèche” was a finalist for the Tamarac Prize in 2011. The book gently poked fun at the interactions between the aboriginal tribes and the French and English soldiers during the settling of New France. He said, “In 10 years, I have gone from almost an award winner to a banned author.”

One title, “Tintin in America”, was removed for its “negative portrayal of indigenous peoples and offending Aboriginal representation in the drawings.”

Books that allegedly contain cultural appropriation were also removed, as well as history books considered “outdated”, such as two biographies of Jacques Cartier, the French explorer who mapped the St. Lawrence River, and one of Étienne Brûlé, a French explorer and rugged outdoorsman who spend much of his life among Indigenous tribes, served as an interpreter between the French and various tribes, and there are several reports that he was killed and eaten by his adoptive tribe, the Hurons. It’s no surprise the “Indigenous knowledge keepers” might want to get rid of books that might mention Etienne Brulé.

At least 30 children’s books were burned in a “flame purification ceremony” as an act of “reconciliation” with Indigenous tribes. The Canadian national broadcaster first reported the incident on September 7 and noted that the ceremony took place in 2019.

In an ironic stereotype of Indigenous people as tree-hugging protectors of nature, the ashes of the books were to be used as fertilizer to plant trees. They called it the “Giving Back to Mother Earth” project. You just can’t make that up.

“We bury the ashes of racism, discrimination and stereotypes in the hope that we will grow up in an inclusive country where all can live in prosperity and security,” says a video prepared for students about the book burning, Radio Canada reported.

In total, more than 4,700 books were removed from library shelves at 30 schools across the school board, and they have since been destroyed or are in the process of being recycled, Radio Canada reported.

Lyne Cossette, the board’s spokesperson, told National Post that the board formed a committee and “many Aboriginal knowledge keepers and elders participated and were consulted at various stages, from the conceptualization to the evaluation of the books, to the tree planting initiative.”

“Symbolically, some books were used as fertilizer,” Cossette wrote in an email.

The project, entitled Redonnons à la terre — “give back to the earth,” in English — was intended “to make a gesture of openness and reconciliation by replacing books in our libraries that had outdated content and carried negative stereotypes about First Nations, Métis and Inuit people.”
Source: National Post

The board is now facing a lot of heat from the public and politicians now that it’s been making headlines.

And it’s just hilarious that these “woke” book burners don’t realize that book burning was something that was done by the Nazis. 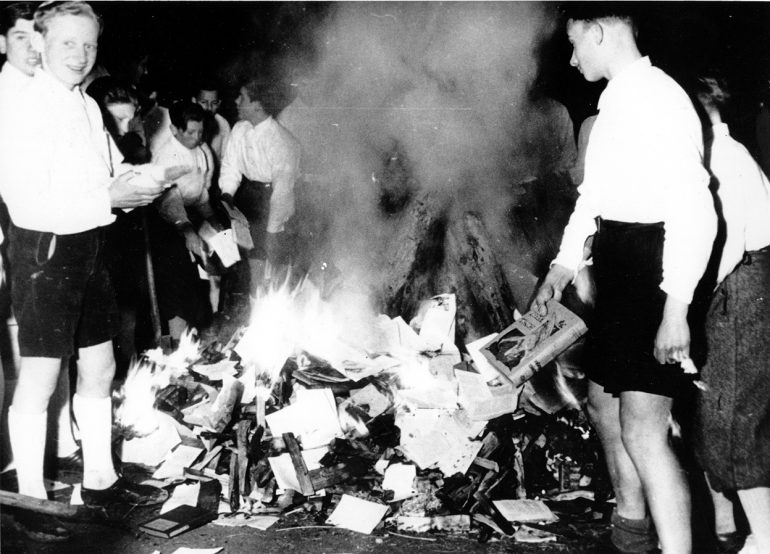 Here is a screenshot of the ashes of the books burned in Ontario to be “used symbolically as fertilizer.” 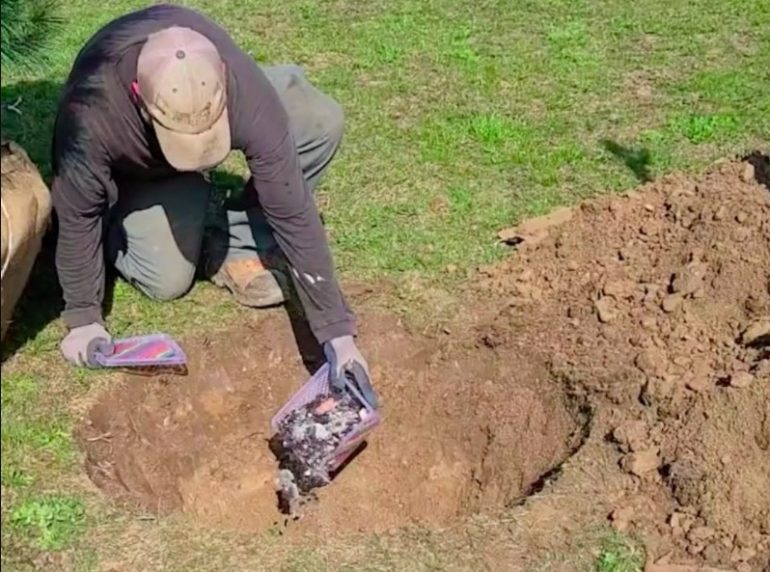 As they say in that Twitter meme, “same energy.”

Chant to the Aztec god of human sacrifice https://t.co/Hg76zhMPtY

The problem here is not that an Ontario school board burned books at the behest of an indigenous faker, though that is an all too perfect little detail.

The problem is that an Ontario school board burned books.

I seen this before. Something about a Fahrenheit and a number above 400. Can’t remember what it was about tho- hopefully I can look it up in one of the books they didn’t burn

A world without ugly history is a world in which we ask, "accountability for what?? By burning everything, we've gotten rid of all the worst parts of human psychology!"

After torching 30 books they felt were offensive toward Canada’s Indigenous peoples, and delisting 4,700 others, Ontario’s Conseil scolaire catholique Providence has acknowledged they were not aware the Aboriginal credentials a person they partnered with on the project are in question.

“We are deeply troubled and concerned,” board spokesperson Lyne Cossette told the Toronto Sun on Thursday.

The person whose verification is under scrutiny is Barrie-area resident Suzy Kies, an outspoken First Nations advocate who has appeared on stage and in photographs with Prime Minister Justin Trudeau…

… In a recent Radio-Canada interview, in French, Kies said, “My mother’s family is from several communities. On my grandfather’s side, it’s the Maliseet, from St. Mary’s, New Brunswick, there are also the Laporte, who are Innu. And my grandmother was Abenaki from Odanak.”

Cossette tells the Sun they now don’t believe this is accurate.

“We were not aware that Suzy Kies does not have Indian status under the Act and sincerely believed that we had the opportunity to work with an experienced Indigenous knowledge keeper,” Cossette told the Sun in an email. “She was recommended to us by other leaders in the field and because of her involvement with several other school boards, we had confidence in her. We felt that her experience would guide us in our reconciliation initiatives.

“We regret that we did not research her more thoroughly.”…

…“Csc Providence firmly believed Suzy Kies’ claims to be an Indigenous woman from the Wbanaki Confederacy and the Turtle Clan. We were assured that Suzy Kies was of Aboriginal descent. We had asked her directly, she confirmed that she was, and we took her at her word.”
Source: Toronto Sun

Suzy Kies was photographed several times with Prime Minister Justin Trudeau, the man who can’t seem to remember how many times he wore blackface. Perhaps that should have been a clue…

Because of Kies’s questionable status, the “Giving Back to Mother Earth” project is now on pause. It’s not because book burning is wrong, but because the “Indigenous knowledge keeper” was a fraud. 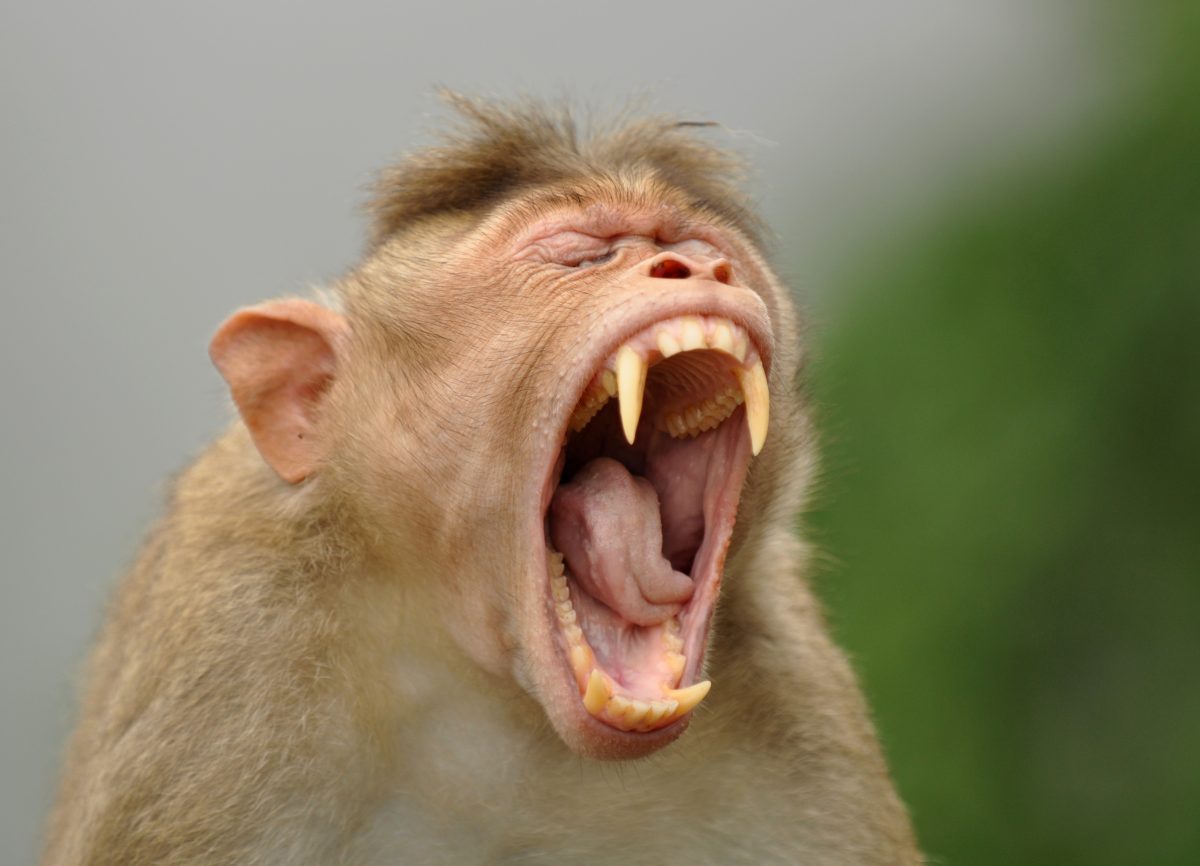