Where are the atheists from the Freedom From Religion Foundation when you really need them?  Imagine what would happen if this was a Christian assignment handed out in a public high school.  No doubt, the anti-Christian left would be apoplectic by now with rage.

Except this assignment had nothing to do with Christianity.  According to a post at Mad World News, Jennette Hall of Jenison, Michigan, was in disbelief when her 10th grade daughter showed her an assignment in which she was to make a pro-Islam pamphlet that would fit curriculum suitable for third graders.

“It was an assignment given to my 10th grade daughter in her World History class,” Hall said on Facebook. “The assignment was to make a pamphlet geared toward a third grade audience. They did not actually hand them out to third graders. This assignment upset me because they are teaching that Allah is the same God of the Christians and Jews. This paper, in my opinion, is promoting Islam by describing Allah’s names as beautiful. To me this is not simply factual as it should be. I have a meeting on Tuesday with the principle of Jenison High School to discuss my concerns.”

Here’s what the school passed out:

Notice the heading for paragraph III:  “ALLAH THE ONE AND THE ONLY GOD.”

” I have no issue with 10th grade students studying the 5 major religions. I realize the importance of studying the different religions and the impact of religious ideas in a World History class. So far this year the class has studied Christianity, Hinduism, Buddhism and now Islam. Traditional quizzes and drawing maps were the assignments given for the other religions.“

Got that?  Traditional quizzes for the other religions, but Islam gets different treatment.

“After consulting with the ACLJ (American Center for Law and Justice) today, they informed me that if the school is promoting one religion over the other then they would be in violation of the 1st amendment,” she said.

In another post, she said she didn’t believe the school was actually promoting Islam, however.

Hall met with school authorities on Tuesday, and this was what she had to say about that meeting:

My initial complaint was that a PAMPHLET, which is commonly used as a sales and marketing tool, was assigned for the Islam religion and not for any of the other 4 religions studied in the class. My GOD, the Holy One of Israel, blessed be HE, commands me not to have any other gods before HIM, and this is what I teach in my home. In my opinion, the assignment was in fact promoting another god by using a sales tool such as a PAMPHLET and is in violation of my beliefs.

In the meeting, Dr. Brandon Graham and others in attendance carefully listened to my concerns and are considering making some changes. One change discussed was adding a disclaimer on the Introducing Islam packet stating: “this is what the Islam religion believes”, and also the ‘PAMPHLET’ assignment will be discussed when they do their annual re-evaluation of assignments for next year.

Dr. Brandon Graham has asked me to remove my initial Facebook post and I have honored his request by removing the post from my Facebook page. My intention was not to cause negative publicity to the school district, but only to speak up, ask questions, and stand firm for what I believe.

Understand, they’re only CONSIDERING making changes, which is not exactly the same thing as COMMITTING to making changes.  Worse yet, Hall was asked to remove her post, no doubt out of fear of massive backlash.  Nevertheless, kudos to this mother and her daughter for standing up for their Christian beliefs.

We’ll be keeping an eye on this… 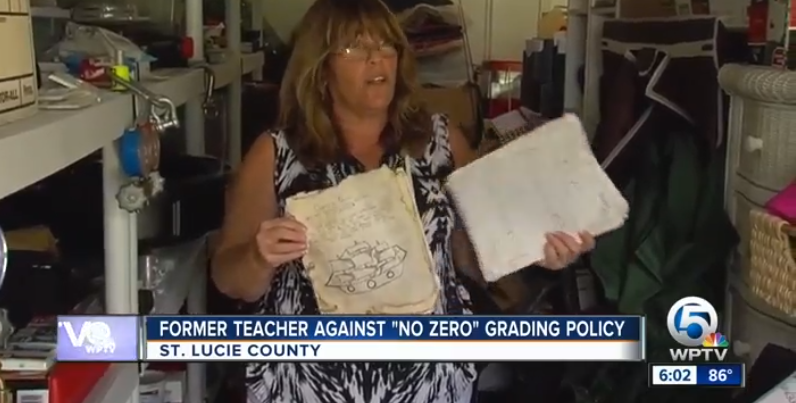