On Monday, Senate Democrats voted to block a measure that would protect infants born alive after botched abortions, The Hill and others reported.

According to The Hill, senators voted 53-44 on the Born-Alive Abortion Survivors Protection Act put forward by Sen. Ben Sasse.  The bill needed 60 votes to pass.

Democratic Sens. Joe Manchin (W.Va.), Doug Jones (Ala.) and Bob Casey Jr. (Pa.) voted to proceed to the bill. The legislation would penalize doctors who fail to “exercise the proper degree of care in the case of a child who survives an abortion or attempted abortion.”

Majority Leader Mitch McConnell (R-Ky.) touted the bill ahead of Monday night’s vote, where it was widely expected to fall short, urging Democrats to reject “extreme voices” within their own party.

If passed into law, the bill would require doctors attempt to save born-alive infants instead of allowing them to die.  Apparently, that was too much for most of the Democrats in the Senate, including every potential 2020 White House candidate.

“This bill amends the federal criminal code to require any health care practitioner who is present when a child is born alive following an abortion or attempted abortion to: (1) exercise the same degree of care as reasonably provided to any other child born alive at the same gestational age, and (2) ensure that such child is immediately admitted to a hospital,” the bill says.

Moreover, the bill said that that anyone “who commits an overt act that kills a child born alive is subject to criminal prosecution for murder” and allows the mother to “file a civil action for damages against an individual who violates this bill.”

Apparently, this was too radical for most Senate Democrats.

Trump sharply condemned the vote in a pair of tweets.

The past few months have highlight the Democrats’ abortion radicalism. As previously reported by The Daily Wire, New York Governor Andrew Cuomo, a Catholic Democrat, recently signed and celebrated the passing of the euphemistically-named Reproductive Health Act, which legalizes abortion up to the moment of birth, loosens restrictions on who can perform abortions, and strips the murder of the unborn (including the murder of wanted babies) from the state’s criminal code.

After the bill failed, Sen. Marco Rubio (R-FL), who was an original sponsor of the bill, blasted Democrats, saying it was “unconscionable” that “protecting innocent, newborn abortion survivors is now a partisan issue. Every infant that is born alive despite a botched abortion deserves the same proper medical care and treatment that doctors are required to give to other newborns.” He added that the vote “made it crystal clear” that Democrats “support the legalization of infanticide” and “openly embraced the growing extremism” in the Democratic Party.

Observing that this is the second time Democrats have refused to pass a bill protecting infants, the Gateway Pundit’s Cristina Laila referred to Democrats as “Satan’s party.”

She may very well be onto something there… 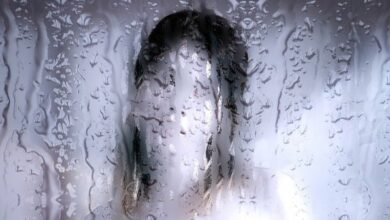 ‘Eye-Opening’: True The Vote’s Catherine Engelbrecht Was Kept In Solitary With No Privacy (Video) 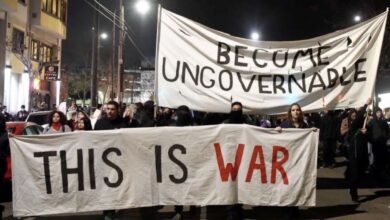