On Wednesday night, Sarah Silverman issued a tweet in which she fantasized about a violent military coup against the Trump administration, sparking a considerable amount of criticism.

“Wake up and join the resistance,” she said.  “Once the military is with us, fascists get overthrown.  Mad King and his handlers go bye bye.”

WAKE UP & JOIN THE RESISTANCE. ONCE THE MILITARY IS W US FASCISTS GET OVERTHROWN. MAD KING & HIS HANDLERS GO BYE BYE❤❤❤❤ https://t.co/Y2WZbL012A

Twitchy said this is the tweet that set her off:

Here’s just some of the responses she got:

You're *literally* calling for a military coup. Do you think that ends in democracy?

She’s been unhinged for a while…

you've been reported to the FBI! this is legitimate treason

It would be interesting to see if anything comes of it…

Silverman’s tweet happened the same night that liberal hatemongers in Berkeley went unhinged over an appearance by Breitbart’s Milo Yiannopoulos.

Exit question: Will the Secret Service pay Silverman a visit? 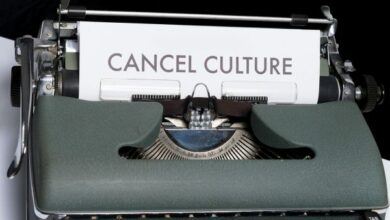 This Is Now The Next Stage Of Liberal Cancel Culture