Ah, would that it were so easy to get rid of fake news here in America!

No nation with an educated citizenry would have drunk this deeply from the cesspool of propaganda that America has endured at the hands of its media since World War II.

When a serious war comes along, everything a nation has is drafted into helping to win the war. Because if you don’t win, nothing else matters.

What happens, however, when governments refuse to give up their wartime propagandizing power after the war is won? How tempting it must be for those in charge of the news to view a political party or group of self-anointed elites as “the nation.” From there it’s not far to employing propagandists to support those anointed ones. This is especially true when palms are greased with favors on both sides of the government-media complex.

Oddly enough, we have reached the point when not bothering to educate people simply doesn’t make them dumb enough to suit the world’s oligarchs. It used to be only universities that were actively dumbing down their students, often in proportion to the size of the tuition bill sent home to mom and dad each year.

Truth is the last enemy standing in the eyes of today’s elites. Abortion isn’t killing a human being; it’s really a pig or a cow growing inside of you. Girls can actually become boys; and boys become girls, and insurance needs to pay for it. The secretary of transportation can be at home breastfeeding his new baby, instead of out checking bridges and interstates for safety.

You must have a college education. Just believe us, or you won’t graduate. Keep believing us afterward, too, or we will take away your degree 10, 20, or 50 years into the future. Even posthumously. These are the institutions that made our ruling elite what they are today: Get rich by transferring money from government coffers into your tech firm.

Today the universities have dipped deep down into primary and secondary education for help dumbing our kids down. Maybe even Head Start, or PBS and its “children’s programming.” Don’t forget Disney. Has anybody ever asked what Head Start was a head start for? Is it government dependence and groupthink? If so, why do we need it?

You need a teaching degree today before you can teach students in most public school systems. I guess the unions want all their members to think the same way, believe the same thing and donate to the same candidate. Parents must never have any say in how their children are educated, even if it is parental tax money paying educators’ salaries. Maybe that’s because if the parents knew how children were being “educated,” that would be the end of the school board, the union, the politicians who supported them and ultimately the demise of public education.

It didn’t hurt that teachers unions recycled government educational funding into Democratic Party coffers around election time. Bleep the kids! Do we have enough money to reelect Representative Salamander and Senator Serpent this fall? And get rid of that governor who wants charter schools!

In Russia, the parliament criminalized dissemination of fake news (propaganda). In America, government criminalized dissemination of the truth by using Big Tech overlords who have grown rich offering free services. When Mussolini used private business to control citizens, it was fascism. Why is it not fascism in America when private businesses control what we can think and talk about?

Hmm … free services. I wonder where the money comes from to pay for the servers, the bandwidth and the employees. How did Big Tech become rich by giving away free services? Selling advertising has been a great cover for selling what the Constitution prohibits the government from knowing, which is our private movements and thoughts. The government simply buys it all from Big Tech aggregators. And you gave it to them, for free stuff. Poof! The Constitution goes bye-bye, along with your freedom.

In a functional free society, the only ones under total surveillance would be our elected representatives, all government employees and the Chinese Communist Party drivers for our congressional elites. They, their bank accounts, crypto wallets and moment-by-moment GPS movements would be broadcast on the government-provided websites, for anyone suspicious of corruption or foreign loyalties. That’s much closer to what the Constitution intended than what we have today. 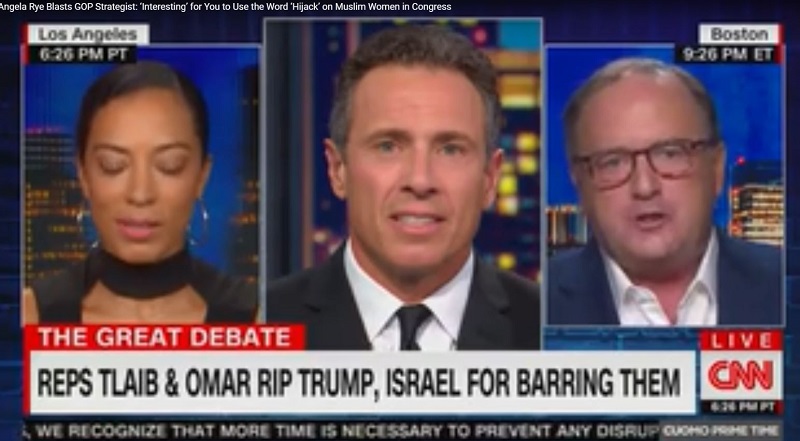