On Thursday, the Washington Free Beacon reported that Rosie O’Donnell contributed $1,000 to a GoFundMe campaign set up to support Reality Winner, the 25-year-old Bernie Sanders-supporting federal contractor who, in addition to allegedly leaking top secret NSA information to the media, pledged allegiance to the Taliban, promised to side with Iran in time of war and said she wanted to burn the White House down.

Winner was arrested Tuesday for giving classified documents on a Russian cyber attack to left-wing outlet the Intercept. She was caught almost immediately after the Intercept showed copies of the document to the authorities, inadvertently giving away details that fingered Winner.

The same day, a GoFundMe was set up for those who wanted to support Winner. “This is a time to come together and unite in peace and hope and show the world LOVE ALWAYS WINS over hate! Good resists even when evil persists!” the description reads.

Someone please explain to me how leaking classified information and siding with America’s enemies has anything to do with “love” winning over “hate.”

Quite a few didn’t appreciate O’Donnell’s concept of “patriotism.”

Then you're a traitor also. Good luck with that. pic.twitter.com/fKFD5ENLuY

#reality winner is no patriot..she is a traitor!

“It is a Difficult time for Reality Winner and her family (sic),” the campaign says.  Perhaps that has to do with her own actions…

Oddly enough, it seems the campaign may violate GoFundMe’s terms.  According to the site, “Without limiting the foregoing, you agree to not use the Services to… establish or contribute to any Campaign with the implicit or express purpose relating to … the defense or support of anyone alleged to be involved in criminal activity;”

We reported the campaign to GoFundMe for violating the site’s terms as Winner is currently in jail for her alleged crimes, and more charges may be added.  As of this writing, we have not received a response. 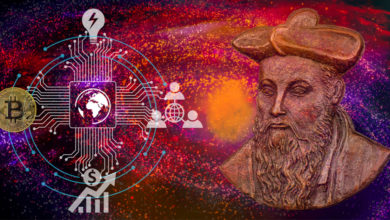