“We are there…We are sitting on the surface… Philae is talking to us…We are on the comet.” – Stephan Ulamec, Philae lander manager

Man’s ingenuity knows few bounds except for the ones some put on imagination and on the quest for knowledge through exploration. Just NOT understanding that if man stops exploring… especially in reaching for the stars…man will stagnate and grow complacent. And with complacency comes contempt, and the outcome of contempt is that it destroys the very concept of exceptionality.

But this past Wednesday that sad truth was thankfully put aside as the European Space Agency’s (ESA) Rosetta mission came to a very successful end. After a seven hour wait where NO transmissions were received, the team in charge achieved what many thought would be an impossible task as a robotic spacecraft …after a ten-year 300 million mile journey that cost $1.8 billion…landed on a comet for the first time in history.

At 11am EST…Philae ‘called home,’ if you will, signaling it had arrived safe and sound at its intended destination atop comet 67P/Churyumov-Gerasimenko, named after the two astronomers who identified it in 1969. Now anchored onto the comet, the Philae probe will study what happens as the comet’s activity increases as it gets closer to the sun, and hopefully will unlock some details about how the planets… and maybe even life itself…evolved. Life itself for comets preserve within their interior certain organic molecules dating back to the formation of the solar system some 4.6 billion years ago…that’s 4.6 billion years ago NOT 6,000 years ago as ‘some’ erroneously believe…and this happens by Philae ‘seeing’ the molecules chemical composition from below the surface like one would view a time-capsule.

In fact, some scientists believe comets like 67P brought water to our newly formed Earth, because the rocky pieces that came together to form this planet were dry, so logic would dictate that water had to have come from somewhere else and that maybe Earth’s oceans are filled with so-called ‘melted’ comets. Interesting hypothesis…huh. Going a step further, could Philae possibly prove the ‘panspermia theory’…a theory that proposes that ‘simple’ (microscopic) life arrived on Earth via a comet or asteroid…simple life that then over time ‘evolved’ into more complex life forms…as in mammals…as in homo sapiens. Perhaps…

Now let’s NOT get all religious on me here as what I’m writing in this article is from a purely scientific and tangible perspective alone, and in NO way is meant to demean the faithful. And that includes the ubber far right who think of themselves as ‘God’s police.’

To continue…now many will claim why did ESA bother to send anything to a comet that is just going to eventually be swallowed up by the sun…what a waste of money they say. These are the very same people who pooh-poohed America’s Apollo missions to the Moon…the very same people who lambasted the funds spent on the Space Shuttle…and who continuously whine why does man need to go back to the Moon or ever go to Mars.

I’ll tell you why we need to keep exploring space and it goes well beyond man’s basic and genetically programmed need to explore…take a look around at your everyday life because guess what…you have NASA and the space program to thank for the things you take for granted.

Here are but a few of the many things per category that we use in our everyday lives that we could NOT or want NOT to do without that came about via NASA and space exploration.

In the medical field, first and foremost is the CAT Scan. Now used to detect cancer in people and animals, this ‘imaging’ machine was developed to find imperfections in space components. Next is the Ear Thermometer, something parents of young children could NOT do without. Today these commonly-used thermometers are routinely used in hospitals, but the technology that led to their development came from a camera-like lens that detected infrared energy used to measure radiation emanating from stars and planets. And let’s NOT forget Light-Emitting Diodes (LED). Developed by NASA, the red light-emitting diodes were first used to grow plants in space, but is now used in medical devices for muscle and joint pain relief due to arthritis and muscle spasms as well as it being used to combat symptoms of bone atrophy, multiple sclerosis, diabetic complications, and Parkinson’s disease.

And so critical to those awaiting heart transplants, NASA in collaboration with Dr. Michael DeBakey, Dr. George Noon, and MicroMed Technology Inc. invented the Ventricular Assist Device which pumps blood until a donor heart becomes available. The pump’s small size which can can operate for up to 8 hours on batteries, allows patients the ability to do normal, everyday activities untethered to the more commonly seen very large VAD devices.

In the field of computer technology and telecommunications…you know the computer you’re reading this article on…while the first integrated circuit…the forefather of the modern microchip…was built by Texas Instruments, it was built for and funded by the Apollo program to use in the Apollo Guidance Computer, and in the Air Force’s Minuteman Missile Project as was the computer ‘mouse.’ And now comes the first ever quantum computer that NASA hopes will be able to solve problems faster than any computer using currently known optimization algorithms. Also, NASA software engineers have created thousands of computer programs over the decades equipped to design, test, and analyze stress, vibration, and acoustical properties of a broad assortment of aerospace parts and structures.

And your beloved ‘smartphone’ comes from technology that NASA used to send satellites into Earth’s orbit to monitor space and communicate with scientists on the ground. Well, this technology was adopted to over 200 communication satellites that connect us via our ‘smartphones’ to everyone else with a ‘smartphone’…or any phone for that matter.

And here are but a few things we take for granted but things we could NOT do without…at least most people couldn’t. Let’s start with home insulation. Still in use in the reflective material that protects spacecrafts from radiation, this technology filtered down to private sector use in the guise of the ‘fuzzy pink stuff’ that keeps heat in our homes in winter and keeps the heat out in summer. And how about the scratch resistant lenses used in our eyeglasses, ski goggles, and such that were derived from the technology used in astronauts helmet visors which now makes our lenses 10X more scratch resistant. And let’s NOT forget the water filters most of us have in our homes, especially in areas of our country where ‘hard water’ is the norm…well NASA is the one who pioneered filter technology as a way to purify the water and kill the bacteria in the water our astronauts take into space.

And let’s NOT forget that the life-saving, but sometimes extremely annoying, ‘adjustable’ smoke detector is a NASA innovation as well. And along the lines of saving lives, NASA was the first to develop fire-resistant materials which are NOT only used in space suits and space vehicles, but are currently used in firefighters suits, and are even used in children’s pajamas and clothes. And speaking of children…the video game ‘joy stick’ gamers could NOT do without was first used on the Apollo Lunar Rover.

And while NASA also invented the cushioned insoles used in today’s athletic shoes via the padding used in astronauts boots, NASA is also responsible for the work-out equipment so many of us use weekly if NOT daily. These are the machines used in fitness gyms, school athletic departments, and by physical therapists, and were developed by NASA to keep the astronauts physically fit by preventing muscle atrophy that would otherwise occur in the zero gravity environment of the space ships they are passengers on.

NASA is also ‘green’ conscious, if you will, as their surplus rocket fuel is used to produce a flare that can safely destroy land mines without negatively impacting the environment. Adding to NASA’s ‘green’ conscious is their development of a solid oil-free lubricant (PS300) capable of operating machines at high temperatures with increased reliability, lowered weight, reduced maintenance, lower friction, reduced emissions, all while increasing power and productivity, allowing this lubricant to be used in advanced aeropropulsion engines, refrigeration compressors, turbochargers, and hybrid electrical turbogenerators.

And dare we forget that the concept of modern solar energy use is also the brainchild of NASA and the space program. Originated with a NASA sponsored 28-member coalition of companies, government groups, universities, and non-profits forming the ‘Environmental Research Aircraft and Sensor Technology Alliance’ (ERAST), NASA intended to develop an unmanned aircraft that was able to maintain high altitude flight for days at a time by harnessing the sun’s energy for power, and their proposed technology for said aircraft morphed into the solar panels we all see in use today.

And there are so many more contributions NASA has made that are applicable to our daily lives (spin-off technologies) ranging from infant formulas, enriched baby foods that mimic breast milk, ‘life-like’ artificial limbs, long-lived freeze dried foods that are favored by survivalists, memory foam, emergency ‘space blankets’, the Dustbuster, cochlear implants, single-crystal silicon solar cells, video enhancing and analysis systems, aircraft anti-icing systems, and over 1,650 other commercial products and services in the fields of computer technology, environment and agriculture, health and medicine, public safety, transportation, recreation, and industrial productivity.

So while some claim that wasting all that money chasing a comet is money down the drain, just remember all the things…life saving and life enhancing things…that would NOT be in existence today if it was NOT for those brave men and women who dared to reach for the stars, to explore the unknown, to enter the realm of the long ago gods. 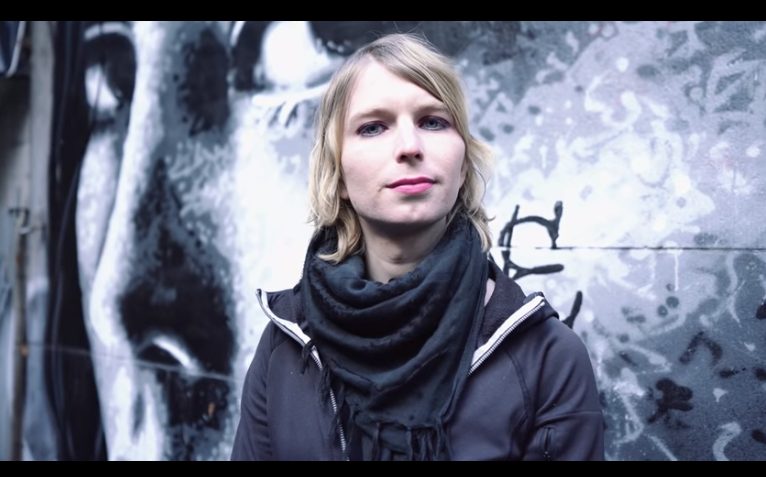 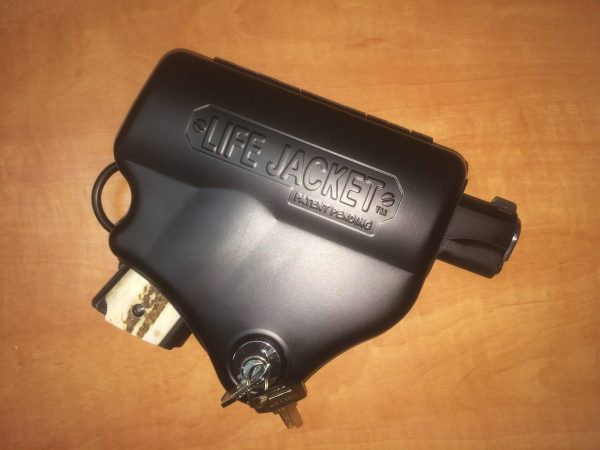