A few short weeks ago an Orthodox Jewish rabbi was brutally murdered on his way to synagogue in North Miami. A good man died…a man of the cloth…and nary but a few words were reported on this crime because there was NO rioting in the aftermath…NO call to violence…NO call for revenge. He was laid to rest peacefully and his story has faded from the public eye even though his death was indeed a hate crime as a swastika and the word ‘Hamas’ was found painted on the synagogue’s walls that he was walking to.

This week a thug in Ferguson, Missouri was gunned down by the police after committing a strong-armed robbery of a convenience store where he struck the cashier in the neck pushing him hard against the counter. Only 18 years old…and even his parents said he was NO angel…yet the media went into full damage control and is portraying him as such. References to the Trayvon Martin case abound amid cries of racism and revenge, and this city’s black population sees once-improving race relations purposely being setback yet again.

Two men died yet only one death has been a call to arms, to riot, to loot, and to steal. Only one death has been made into a national news story about racism where NO racism appears at this moment to have been involved, yet the media and the race-baiting political whores have twisted it, trying to make it so. And of course our hater-in-chief…Barack HUSSEIN Obama…put his two-cents into this affair just as he did in the Trayvon Martin case…simply because a young black man was killed by a white man.

“If I had a son he would look like Trayvon Martin,” Obama said as he fueled the embers of hate in the small town of Sanford, Florida a few summers ago. And those words and others he said still smolder at times. And now with the death of Michael Brown he again butts in NOT knowing the facts surrounding the case. Saying with a look of pre-judgment on his face that, “Of course, it’s important to remember how this started…we lost a young man in heartbreaking and tragic circumstances…he was 18 years old, and his family will never hold Michael in their arms again,” I say, “NO Mr. Obama…a thug who made a conscious decision to steal…to rob…paid the ultimate price for his actions.” And NO matter how the media tries to turn this shooting into a white man killed a poor black boy scenario, this shooting was NOT a black thing or a white thing but a decision made by a police officer who whether rightly or wrongly was in fear for his life. 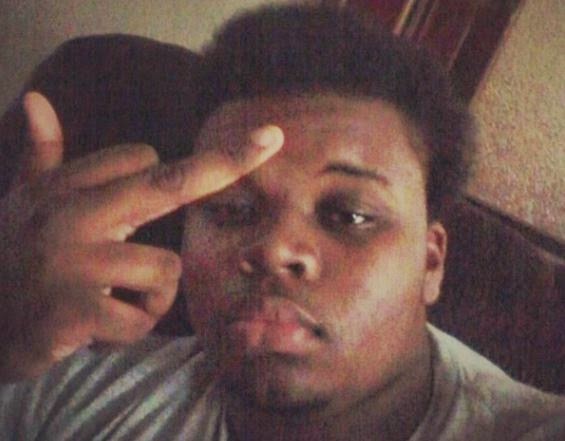 And that officer’s decision needs to be judged in a court of his peers NOT in the court of public opinion…especially NOT in a court where the media portrays every black man as the innocent victim and every white man as the guilty party. And sometimes to make matters worse the media doesn’t report black on white crime at all.

Now don’t get me wrong it is indeed sad when any young person is killed, but this anything but a child was heading down the wrong path in life. Posing for selfies and then posting them on the internet for all to see…these photos showed a young man making gang signs, drinking, and in one supposedly showing off an illegally gotten gun. So NO…this is NOT the action of someone the media needs to be making a victim of. His choices in life were anything but noble, and it’s way past time to end the violence being done in his name…being fueled on by statements made by a race-baiting president who has already set race relations back 50 years or more.

Ferguson, Missouri is hurting as it’s being engulfed in the fires of hate and revenge as predominately black-owned businesses are being looted and destroyed in this thug’s name. And the other race-baiters of name are egging this type of behavior on. The likes of Jesse Jackson and Al Sharpton descended with their entourages on this town before the police even had time to name the officer who fired the fatal shot. Stirring up hate these race-baiting whores use their own people to line their pockets, for truth be told stirring up racial hatred is indeed big business bringing in big profits to those who make their living off hate.

And the logic of these race-baiters is in and of itself twisted, for they are encouraging the destruction of their own people’s businesses… encouraging the destruction of black-owned businesses. Honest and decent citizens…hard working business owners…are the ones being hurt…as they watch their piece of the American dream being destroyed by divisive men who are using them as their cause de-jour to up their own bank accounts…to get their face on air so they can perpetrate and spread the lie that every and anything bad done to a black man is whitey’s fault.

And now into the mix comes the New Black Panthers to stir up NOT just trouble but to encourage revenge at all costs. In fact, the FBI is more than a bit concerned that Panther members have arrived in Ferguson to advocate violence against the police themselves. In the words of NBP leader Chawn Kweli, “This is the hour all the greats promised. If you die, die like a warrior. I’ll see you on the ground.” Vile words of hate, violence, and revenge…vile words that can spread beyond Ferguson bringing what was the riots and aftermath of Watts to the midwest…bringing the lie of perceived racism to an American public that has grown weary of the black victim mentality that blames everyone white for indiscretions done long before anyone alive today was even born.

And with Missouri’s governor now being forced to issue a ‘state of emergency’ along with a curfew to help try and quell the looting and escalating violence being spurred on by America’s ‘supposed’ black leaders…the biggest losers of all are the black people of Ferguson… honorable men and women of color who have taken to the streets in peaceful protest as they exercise their First Amendment right to protest the death of one of their own. These are black people who do NOT condone all the hate, violence, and destruction being done as revenge for a death that is still enmeshed in conflicting reports, yet these are the ones who have become lost in all the media attention being given to those who loot, steal, and hate. And that is so sad for when mob violence…mob mentality…takes over…’innocent until proven guilty’ becomes a concept that the likes of Al Sharpton, Jesse Jackson, and their ilk, twist and distort to make it seem that justice is for ‘whitey’ alone…that justice and truth is ‘for them NOT for us.’

So as Ferguson’s police and town officials try to restore calm and diffuse the still growing unrest, the race-baiters…who are in actuality the very ones who hold black people down…continue to counter their every move. Using Michael Brown’s death as a catalyst for hate…using his death as an excuse to loot and to steal…these ‘supposed’ black leaders will be the only ones to come out as winners of sort, as they line their own pockets on the back of a small midwest town hurting over the death of one of their own…hurting over a young man’s death whose circumstances are still NOT yet truly known.

Jeb Bush whines: I could be doing ‘a lot of really cool things’ instead of being president – Video 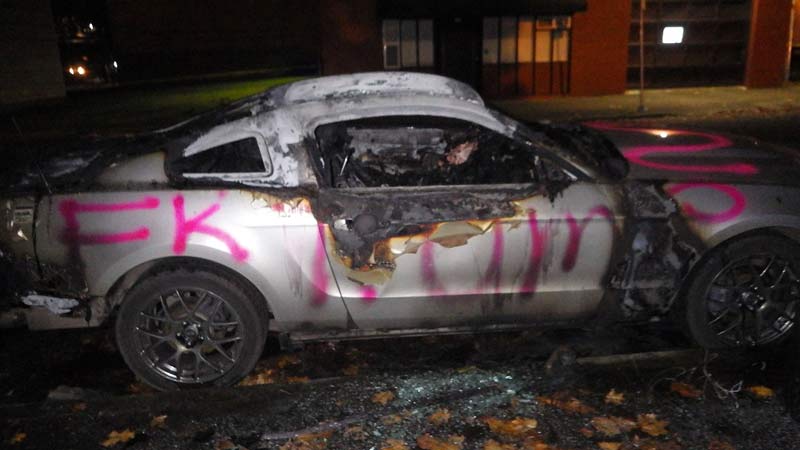