It seems that anyone who disagrees with any aspect of the far-left agenda is literally Hitler these days.  On Wednesday, the Daily Wire reported that Marjory Stoneman Douglas High School history teacher Greg Pittman slammed Kyle Kashuv, the pro-Second Amendment survivor of the tragic school shooting, calling him “the next Hitler” in class.

“So… I just got a call from a friend of mine from @GregPittman1957‘s class and he apparently compared me to Hitler in class and said I am a piece of crap. The rant was about 10-minutes during class time and how he was right and I was wrong with my comments,” Kashuv said on Twitter, adding that “…the school said he can’t Tweet at me anymore, yet… he did. Oh well. Guess he is a vile moron.”

and that the school said he can't Tweet at me anymore, yet… he did. Oh well. Guess he is a vile moron.

According to the high school junior, who sought to remain unnamed for fear of reprisal, Pittman stated that posting photos from a gun range would get you into trouble, and then went on to “compare Kyle to Hitler in terms of what he believes.”

This is insanity. Teachers attacking students in the classroom for their mainstream political beliefs is obviously beyond the pale. It remains to be seen whether the high school administration will call Pittman on the carpet in the same way school security called Kashuv on the carpet for outside-of-school activities.

The report goes on to say that a second student has spoken out, telling the Daily Wire:

I was in class on April 25th with Gregory Pittman and near the end of class the discussion led to Kyle Kashuv’s tweet about going to the gun range. Pittman expressed that he could not speak badly about Kyle because he was specifically told by administration not to. Pittman began talking about what an ass Kyle was and called him “the next Hitler” and said that he was “dangerous” and something needed to be done about him.

“Dangerous?”  “The next Hitler?” Something needs to be done?

Is it just me, or does this sound like a threat?

My grandfather was one of the only survivors of the holocaust out of his entire family, and now a teacher is calling me the next Hitler because I have different political views. Sad!

This type of treatment, sadly, is nothing new for the increasingly insane left.

The Daily Wire’s Ryan Saavedra wondered if the school condones this treatment of a student by one of its teachers:

.@RobertwRuncie does your school district condone teachers telling their students that one of their Jewish classmates is "the next Hitler," suggesting that something needs to be done about him? https://t.co/ji43wJqF7u

We’d like to know the answer to that as well, and we’d like to know if the Broward County Sheriff’s Department will haul the teacher in for what appears to be an implied threat.

Or will authorities drag Kashuv in and grill him for being threatened?  After all, they interrogated him like a criminal for engaging in legal behavior with his father…

The NRA’s Dana Loesch asked: “Why don’t they lay off [Kyle Kashuv]. And why doesn’t a grown adult male like Greg Pittman, maybe if he’s concern, go and take it to his father. Pick on someone your own size.” 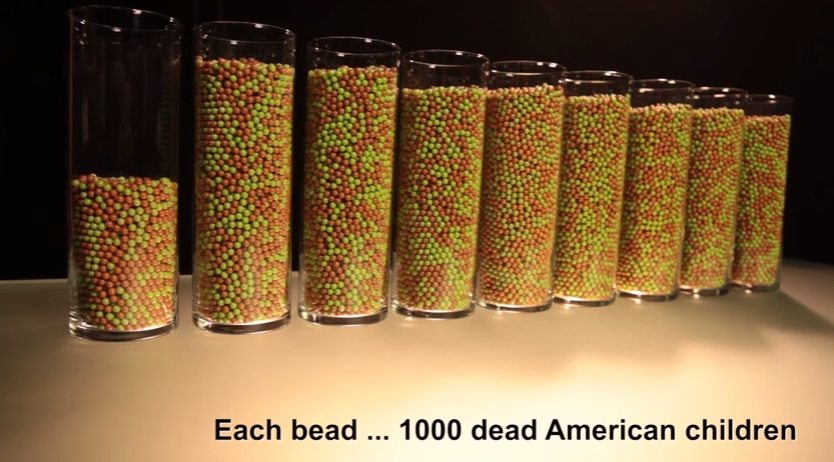