According to The New York Times, American intelligence officials are saying that Iran is secretly moving short-range ballistic missiles into Iraq.  These missiles are of course in response to what Iran views as U.S., Saudi Arabia, and Israeli “aggression” against the Iranian state.

With ballistic missiles in Iraq, Iran is capable of hitting Saudi Arabia, Jerusalem, and American military forces inside Iraq.

“Iran has been attacking countries in the Middle East of late but disguising the origin to diminish the chances of counterattacks. Iran’s stockpiling of missiles in Iraq also serves as a strategic deterrent. If Iran were to face an attack, it could potentially strike back with the missiles stored outside its borders.

The short-range missiles have an estimated range of 600 miles and thus are capable of reaching Jerusalem from outside Baghdad.”

What is of even greater concern is the report that Iran likely possesses, and may be moving nuclear capable missiles into Iraq.

“Ambassadors from France, Germany and the UK have again alleged that Iran has developed nuclear-capable ballistic missiles, in a joint letter addressed to the United Nations Secretary-General officially released by the UN on Wednesday.”

“The newly released letter cites footage of a flight test for a new Shahab-3 ballistic missile, which is estimated to have a range of approximately 600 miles (965 kilometers).

‘The Shahab-3 booster used in the test is a Missile Technology Control Regime category-1 system and as such is technically capable of delivering a nuclear weapon,’ says the report.”

The U.S. has sent roughly 14,000 additional troops into the Middle East in response to Iranian aggression among other things.  Although Iran denies the attacks on oil tankers in the Strait of Hormuz, U.S. intelligence says that the attacks originated from Iran.  Iran is, according to U.S. intelligence also behind the attack on the Saudi Arabian oil production fields.  Trump had considered a military response against Iran for this attack, but ultimately decided against it.

The NYT also reported that:

“Officials said Iran was using Iraqi Shiite militias, many of which it has long supplied and controlled, to move and hide the missiles. The Iranian-backed militias have effectively taken control of a number roads, bridges and transportation infrastructure in Iraq, easing Tehran’s ability to sneak the missiles into the country, officials said.”

Moving missiles into Iraq is just strengthening Iran’s hand, and they hope, deterring the U.S. and Israel, along with Saudi Arabia from attacking them.

Only time will tell, but we can hope cooler heads will prevail and a war that the U.S. cannot hope to win; does not get started. Why would I say that?  Read what Michael Snyder writes on this:

“If the U.S. goes to war with Iran, we won’t just be fighting the Iranian military. In recent years, Hezbollah has grown into the most powerful terror organization that the world has ever seen. It is best known for causing all sorts of chaos in the Middle East, but today it has an extensive presence in Europe, Africa, Latin America and North America. Hezbollah has made billions selling drugs inside the United States, and at one point they had more than 70 used car dealers in this country through which they were laundering drug money. Of course the primary source of funding for Hezbollah is Iran. The terror organization was founded in 1985 with heavy support from Iran, and according to Wikipedia “most of its financial, training, weapons, explosives, political, diplomatic, and organizational aid” currently comes from the Iranians. In essence, Hezbollah is Iran’s terror arm, and so if we go to war with Iran we will find ourselves in a conflict with Hezbollah as well.”

The Middle East will be where World War 3 starts, I don’t know about anyone else, but this writer is in no hurry for that war to start. 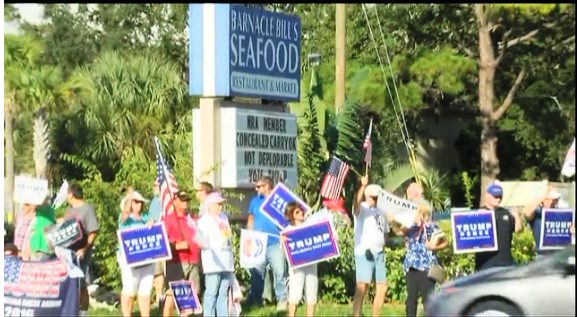