That’s quite a record for a single community to boast.

Kevin Lewis of ABC News Washington reports that the latest victim is a 16-year-old female who was napping when 46-year-old Nelson Reyes-Medrano, a Salvadoran national living in the U.S. illegally, crawled into bed with her and proceeded to rape the teen at knife point.

There’s no explanation for how Reyes-Medrano happened to be in the Germantown, Md., house or whether he knew the victim of her family, but the details are very disturbing. As Lewis writes on Twitter, “Cops say Reyes-Medrano grew impatient and placed the knife against the victim’s neck. He then ripped off the 16yo girl’s clothing. What is alleged to have happened next is too troubling to publish. … The victim told detectives she was in pain during the entire assault.” 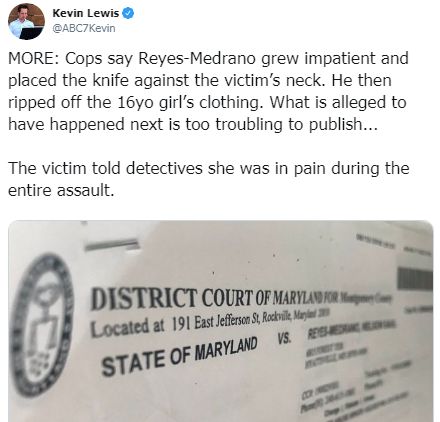 ICE has lodged a detainer against Reyes-Medrano, but Montgomery County, where the attack occurred, is a sanctuary county, so the likelihood that authorities will honor the detainer is nil. 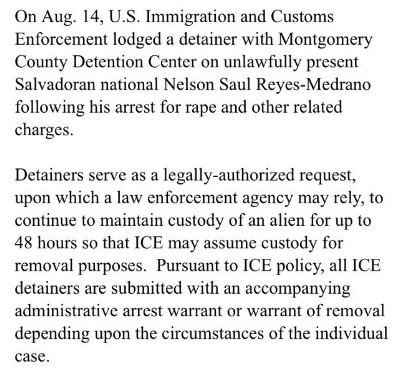 When makes the story that much more repulsive is that Reyes-Medrano is a father himself of ten children, six of them under the age of 18.

By the way, the story doesn’t end with Reyes-Medrano: 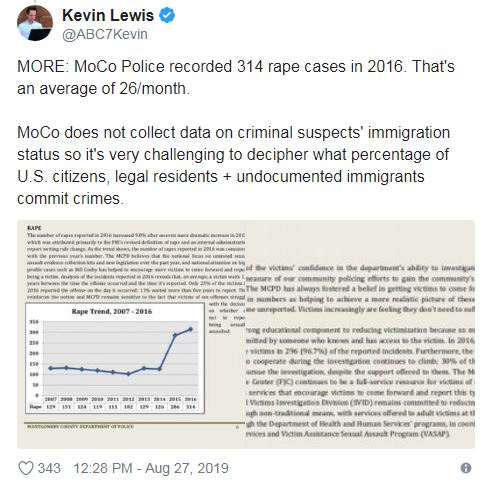 All The News That Fits The Leftist Ideology
June 22nd, 2021 The Lid