I never thought I’d see the day when federal agents in riot gear would stand with illegal immigrants against U.S. citizens, but that’s exactly what’s about to take place according to a report at Breitbart.com.

Protesters are still in Murrieta, but, Breitbart Texas said, federal agents with riot gear are set to arrive on Monday to ensure that another busload makes it to the housing facility there.

Jeremy Oliver, a resident of Temecula, California–a town that neighbors Murrieta–told Breitbart Texas that local police officers warned the protesters that “it’s going to get ugly.”

Oliver said, “The feds are pissed that they haven’t been able to use this facility. Officers out there warned people that federal agents will be in Murrieta on Monday–they are going to get the next bus through no matter what. Riot gear and shields will be used to push the crowd back.”

“We’re being told that federal Marshals or ICE will be here in the next few days and that they are bringing riot gear,” added John Henry, a resident of Murrieta since 1991.  “They’re apparently going to be blocking off the street with concrete blockades so that no vehicles can get through. The River County Sheriff’s Department showed up last night and brought a huge watch tower that shoots up into the air 35 feet.”

Henry, like so many Americans, are frustrated that the Obama Regime is allowing the flood of illegals, plus rewarding them with taxpayer benefits like housing, food, education, vocational training, and legal counsel.  U.S. citizens, on the other hand, pay the price if they break the law.

Now, in today’s upside-down bizarro-world, police in riot gear side with lawbreakers and are deployed against U.S. citizens. 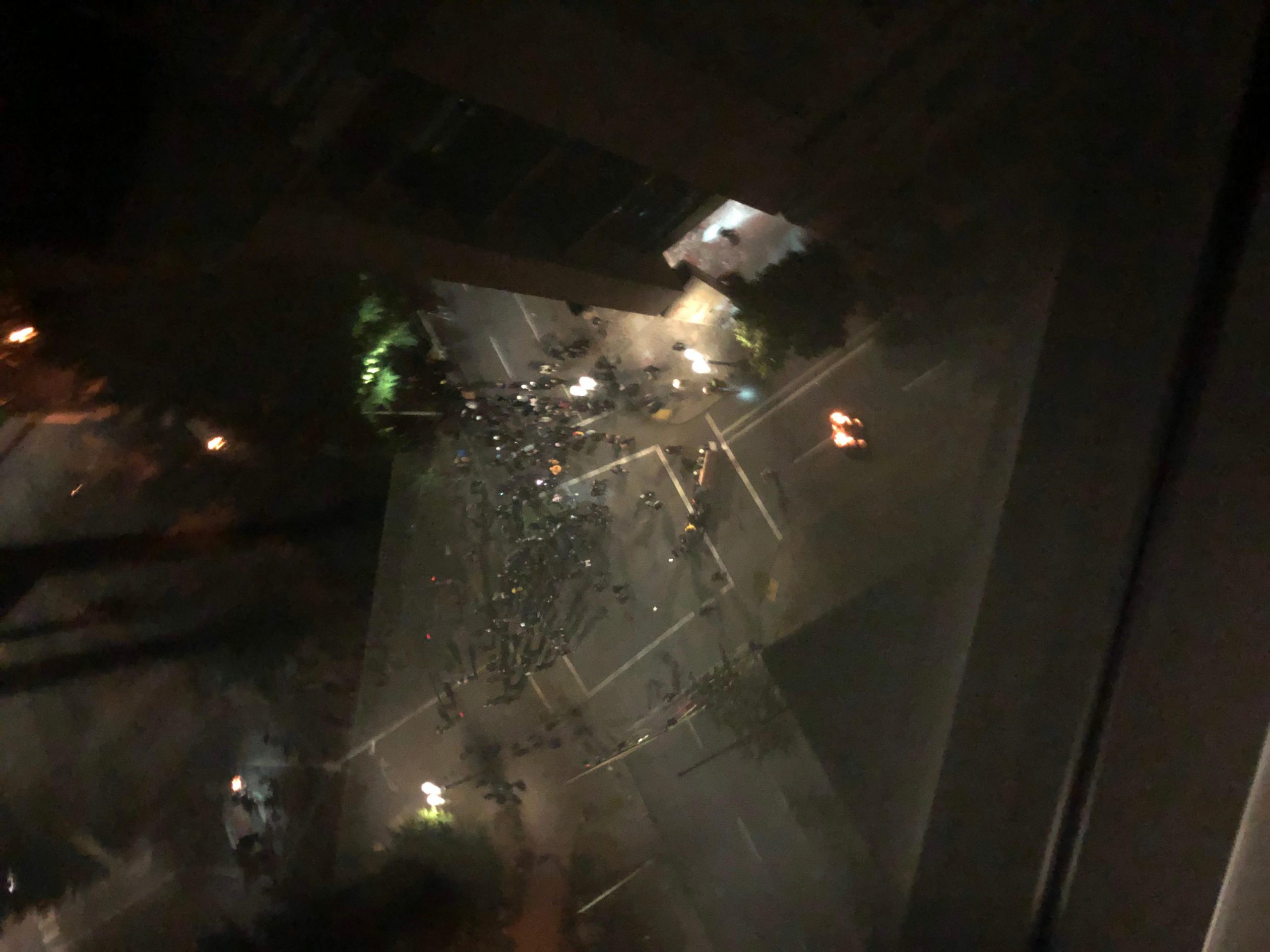