Special Counsel John Durham, assigned by then-Attorney General Bill Barr to reviewing the possibly criminal origins of the Democrats’ debunked “Russiagate” conspiracy theory that they launched against President Trump, has issued a new round of subpoenas to Perkins Coie, the law firm that represented Hillary Clinton’s 2016 campaign.

The Daily Caller News Foundation said the law firm also is tied to the discredited Steele Dossier and the Democratic National Committee.

The subpoenas are part of Durham’s review of the beginnings of those “Russiagate” claims against Trump’s campaign.

“The Russia Hoax, other than the 2020 Presidential Election, was the biggest scam ever perpetrated on the American people. Hopefully justice will finally be served,” Liz Harrington, a spokeswoman for former President Trump, told the Daily Caller News Foundation.

Durham recently released an indicted of Michael Sussmann, a lawyer formerly with Perkins Coie, on a charge of lying to the Federal Bureau of Investigation about who he was representing when he delivered information about alleged ties between the Trump campaign and Russia through Alfa Bank, the report said.

He has pleaded not guilty.

CNN reported that the subpoenas suggest Durham “could be trying to build a broader criminal case.”

The “tip” from Sussmann to the FBI, where he provided information purporting to show links between the Trump Organization and Russia, was part of the basis for the FBI’s resulting investigation into Russian interference in the 2016 election,

CNN explained Durham seems to be focusing “on the Democratic political machinery” during the 2016 campaign, which was at the end of Barack Obama’s White House tenure.

Reports so far have revealed that Clinton was part of launching the “Russiagiate” hoax in order to distract the public from her own scandalous handling of national security secrets on a private email system, and that Obama even was briefed on that scenario.

CNN documented: “Perkins Coie’s clients in 2016 included the Clinton campaign and the Democratic National Committee. The law firm also hired on the campaign’s behalf a research company that commissioned the dossier from ex-British spy Christopher Steele that alleged that Trump was compromised by Russia.”

The report said Durham already has reviewed some documentation from the law firm, and some of the documents now being sought may trigger fights over attorney-client privilege.

CNN explained, “While working for Perkins Coie, Sussmann also represented Rodney Joffe, a cybersecurity expert referred to in Durham’s indictment as ‘Tech Executive-1.’ In 2016, Joffe, who has not been previously identified, worked with researchers to collect internet data about the Trump Organization that Sussmann took to the FBI.”

CNN speculated that the continued use of a federal grand jury means Durham may want to add to charges against Sussmann, or bring additional defendants into the case.

Turley said the indictment “revealed quite a bit about how scandals are manufactured and manipulated in Washington.”

He said lawyers can find themselves “in legal jeopardy when special prosecutors found them holding a ‘bag of tricks.’ A dirty trick in politics can be a thing of beauty for a campaign — until it boomerangs on the tricksters.”

Turley pointed out the actual charge against Sussmann isn’t as significant “as the supporting narrative and facts disclosed by Durham in this prosecution.”

He said the more than two dozen pages of supporting material in the indictment fill in “a number of blanks” in “how the Clinton campaign pushed a false Russian collusion narrative despite the objections of its own researchers.”

Turley singled out a comment from one of the Clinton campaign “researchers” who said, “You do realize that we will have to expose every trick we have in our bag” by moving forward on the scheme to create a false narrative about Trump.

“That warning from an unnamed ‘university researcher’ captures the most fascinating aspect of the indictment in describing a type of Nixonian dirty tricks operation run by — or at least billed to — the Clinton campaign. Fifty years ago, Nixon’s personal attorney and the Committee to Re-Elect the President (CREEP) paid for operatives to engage in disruptive and ultimately criminal conduct targeting his opponents. With Clinton, the indictment and prior disclosures suggest that Clinton campaign lawyers at the law firm of Perkins Coie helped organize an effort to spread Russia collusion stories and trigger an investigation,” he explained.

The charge against Sussmann is over his comments to the FBI when he delivered information “supposedly supporting a claim that Russia’s Alfa Bank was used as a direct conduit between former President Trump’s campaign and the Kremlin.”

Sussmann told the FBI he was not delivering the information on behalf of a client, yet the indictment shows billings to the Clinton campaign for that very meeting.

“The big trick in 2016 was the general effort to create a Russia collusion scandal with the help of Justice Department insiders and an eager, enabling media,” Turley pointed out, citing new information that during the campaign Barack Obama was “briefed by his CIA director, John Brennan, on an intelligence report that Clinton planned to tie then-candidate Trump to Russia as ‘a means of distracting the public from her use of a private email server.’”

But that claim, as well as the unfounded suggestions from the Clinton campaign-funded Steele dossier, quickly disintegrated.

In fact, at the time, one conclusion was that “Clinton campaign and the dossier were being used by Russian intelligence to spread disinformation.”

Durham charges that the Alfa Bank claims fell apart immediately, as a “tech executive” who reportedly later claimed he was promised a Clinton administration job, pushed the “ridiculous” claims.

Various “university researchers” were counted on to provide a condemnation of Trump, and were told not to worry about proof but instead give a “useful narrative” about web traffic that was purported to show ties between Trump and Russia.

One of those pointed out to the campaign, however, “How do we plan to defend against the criticism that this is not spoofed traffic we are observing? There is no answer to that. Let’s assume again that they are not smart enough to refute our ‘best case scenario.’ You do realize that we will have to expose every trick we have in our bag to even make a very weak association,” that person warned.

That researcher continued to explain, “The only thing that drives us at this point is that we just do not like [Trump]. This will not fly in eyes of public scrutiny. Folks, I am afraid we have tunnel vision. Time to regroup?”

Turley pointed out the Clinton team was involved in the Steele dossier claims from the outset, but repeatedly denied involvement.

“It was only after the election that mysterious expenses for its legal counsel led reporters to discover the truth. The payments for the dossier were masked as ‘legal fees’ among the $5.6 million paid to the law firm.”

He warned, too, that such influences remain now in the Joe Biden administration.

“Another Clinton figure pushing the Alfa Bank conspiracy was Jake Sullivan, who now weighs intelligence reports for President Biden as his national security adviser,” he said.

Sullivan had claimed, wildly, that the Alfa Bank allegation “could be the most direct link yet between Donald Trump and Moscow.”

“So the ‘very useful narrative’ was delivered to the media and the FBI and, along with the dossier, was used to launch the Russia investigation, which led to the appointment of former special counsel Robert Mueller. The ‘bag of tricks’ was supposed to be buried with the involvement of the Clinton campaign — until Trump Attorney General William Barr appointed Durham as a second special counsel,” Turley explained.

In the Washington Examiner, Eric Trump explained he and others in the Trump companies worked with the FBI for a year and a half, and brought in their own IT vendors to help, in the investigation of the false claims.

But he said the Clinton campaign likely got what it wanted – headlines in the compliant media “saying Donald Trump or the Trump Organization [was] under investigation by the FBI.”

The Democrat scheming, he said, “makes our country look like a banana republic.”

WND has reported that the 27-page indictment of Sussmann, according to former federal prosecutor Andrew C. McCarthy, shows Durham is connecting dots in a large scheme.

He said the charge against Sussmann could have been handled with one paragraph.

But McCarthy said the detailed account in the indictment makes the case that, “The Trump-Russia collusion narrative was essentially a fabrication of the Clinton campaign that was peddled to the FBI (among other government agencies) and to the media by agents of the Clinton campaign — particularly, its lawyers at Perkins Coie — who concealed the fact that they were quite intentionally working on the campaign’s behalf, and that they did not actually believe there was much, if anything, to the collusion narrative. It was serviceable as political dirt but would not amount to anything real for criminal or national-security purposes.”

Already, numerous investigations have revealed evidence that the Hillary Clinton campaign and the Democratic National Committee, through Perkins Coie, funded the production of the infamous Steele dossier. The anti-Trump document, based on anonymous Russian sources, made lurid accusations that were debunked by the Mueller special counsel probe. Yet, the dossier was the fuel for the Russia-collusion claims, presented by the Obama FBI and Justice Department as the primary evidence in its application to spy on the Trump campaign.

It was that document that was presented to the FISA court in Washington which then authorized America’s spy agencies to surveil the Trump campaign at the time. A later report showed a long list of actions in that process that were wrong, and the court withdrew some of its spying authorizations. 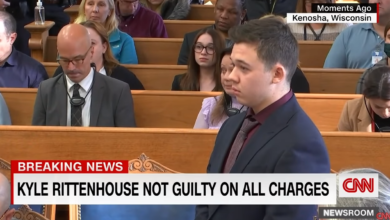 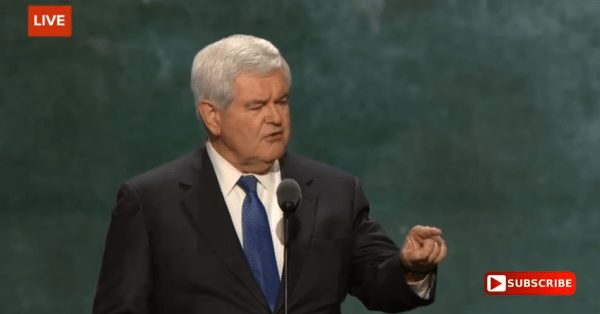