You’d think that ‘Unity Joe’ who has pushed for parental leave for years would allow a grace period for employees who had babies toward the end of the Trump administration… but no.

Back in 2019, when the Federal Employees Paid Leave Act — a move that was pushed by Ivanka Trump — became law, then-private citizen Joe Biden was nothing but cheers.

It is long past time that every American has 12 weeks of paid leave to address their own health needs or care for any of their loved ones.

It seems that his definition of “every American” doesn’t include former Trump employees. His administration has chosen to abruptly end parental leave for people that had worked for the previous president.

Politico has (of course) chosen to editorialize the story in a rather disingenuous way.

Their headline, “Trump aides made a late request to Team Biden to extend their parental leave. They said no” is incredibly misleading. The Trump aides had been approved by the former administration and assumed that the approval would be honored by the incoming administration. It was not.

The article begins with the story of Vanessa Ambrosini, the former deputy communications director at the Commerce Department under the Trump administration.

After four years in the Trump administration, Vanessa Ambrosini was looking forward to three months of parental leave when she and her husband welcomed a baby a week before Christmas. The Commerce Department’s human resources office had given her approval for it. But then she was surprised to find out the benefit was no longer available because of the change in administration.

“I got completely screwed,” she said in an interview. “There were no caveats in that language saying anything about if the administration turns, you get nothing and of course, that happened and so I got nothing.”

Ambrosini is among a number of ex-Trump political officials who lost their parental leave when Joe Biden was sworn into office. It’s a byproduct of the field they’re in: Their boss (the president) may have been the one let go, but his departure has meant that they, too, lose their jobs and benefits. Still, they argue that the Biden administration should have honored their leave by keeping them on payroll until the end of it — a request that, emails reviewed by POLITICO show, the Biden transition did not grant.
Source: Politico

We’ve decided to title this article in a way that reflects the facts, and we’re not the only ones. Lest we be accused of “dangerous or derogatory content” by fact-checkers and ad-serving organizations, it should be noted that the Daily Beast has the story framed the same way with their heading, “Trump Aides Upset Biden Admin Cut Off Their Parental Leave Benefits: Report” (Emphasis added)

The Daily Beast article states that the Trump officials were “blindsided” by the move.

Several other Trump officials who welcomed new babies to their families in recent weeks complained of similar situations, with benefits approved under Trump only to be nixed come Inauguration Day. An unnamed Biden official told Politico that political appointees “do not enjoy the promise of federal employment past the end of the administration in which they choose to serve.”
Source: Daily Beast

Now back to the Politico article. It goes on to say that the White House will not officially go on record to comment on the situation, but that same official quoted in the Daily Beast says that the reason Trump aides had their parental benefits cut off is because the Trump administration “dragged its heels on a quick and orderly transition.”

“We understand that a few Trump appointees, including a handful currently on parental leave, submitted last minute requests to remain on government payroll,” the official said. “Because these requests were received so close to Inauguration Day… there was no way to implement an exception to the rule in a way that is fair to all outgoing appointees, including many who resigned as expected without making requests for extraordinary benefits.”

The official added that “appointees have been advised that they have options including COBRA and the Affordable Care Act.”

For Ambrosini and others, those options were not enough to navigate an already difficult situation. Former Trump officials face an uphill climb finding a job in a Washington D.C., where the federal government is run by Democrats. Job searching when you’re at home taking care of an infant is nearly impossible.
Source: POLITICO

It’s absolutely outrageous (but no real surprise) that the Biden administration is doing this. Despite the administration’s public calls for unity, the Democrat Party is calling for retribution against those associated with Trump.

Kash Patel, former Chief of Staff to the Acting US Defence Secretary in the Trump administration, told Maria Bartiromo on Sunday Morning Futures a few days ago that Biden’s call for unity is “garbage.” He says that employees at the Pentagon on parental leave were fired under the new administration.

BREAKING: Kash Patel Interview w/ @MariaBartiromo. The Biden administration terminated his employees, including those who were on MATERNITY & PATERNITY leave, b/c they were appointees by President Trump. “This is completely outrageous conduct and this call for unity is garbage”. pic.twitter.com/nL0HywOjgZ

Politico notes that this is also happening to a married couple who both worked at the Department of Homeland Security. The couple, who have (wisely) chosen not to identify themselves for fear of political fallout and “cancelation” provided emails to Politico showing that they were told by an agency official that as “political appointees, their parental leave benefits would be treated the same as those for career employees.”

That’s not what happened. Their baby was born on December 18, and on January 5, the father received an email from the Human Resources office stating that the agency official was wrong and that the benefits would end just two weeks later — on January 20.

“It’s one thing if you have a household, if you have one family member who works for the government,” he said. “But we were both employed by the government so we’re losing both of our opportunities for health care and both our incomes, so it’s pretty scary to have a premature baby at home and not knowing if you’re going to have an income or health insurance.”

The former DHS official and his wife wrote a letter on Jan. 13 to the Biden DHS agency review team pleading to get the full benefit. “[T]he remaining 9-10 weeks afforded to federal employees is critical to our family and livelihoods as we work to raise a strong, healthy boy under unique and unforeseen complications to our birth plan,” they wrote.

But the DHS’ Presidential Transition Office told the couple in an email on Jan. 18 that the benefits would not be rolled over into the next administration. “This is not what you were hoping to hear but I think you also knew that this was the most likely outcome,” the email read. “I am sorry to be the bearer of this news and I am sorry I don’t have other news.”
Source: POLITICO

Did you really expect that the Biden administration would actually honor parental leave for those who have been dehumanized for four years?

Let’s end with a 2018 clip of one of the loudest voices of the Democratic Party — Congresswoman Maxine Waters (D-CA) saying that “anyone” from the Trump administration is “not welcome anymore, anywhere.”

GOP Rep. Ken Buck: ‘Facebook can’t be trusted. We have to break them up.’

Brotherhood Mafia/Jihadi “Hunt” Heating Up: With “Love” From Israel To America & Back 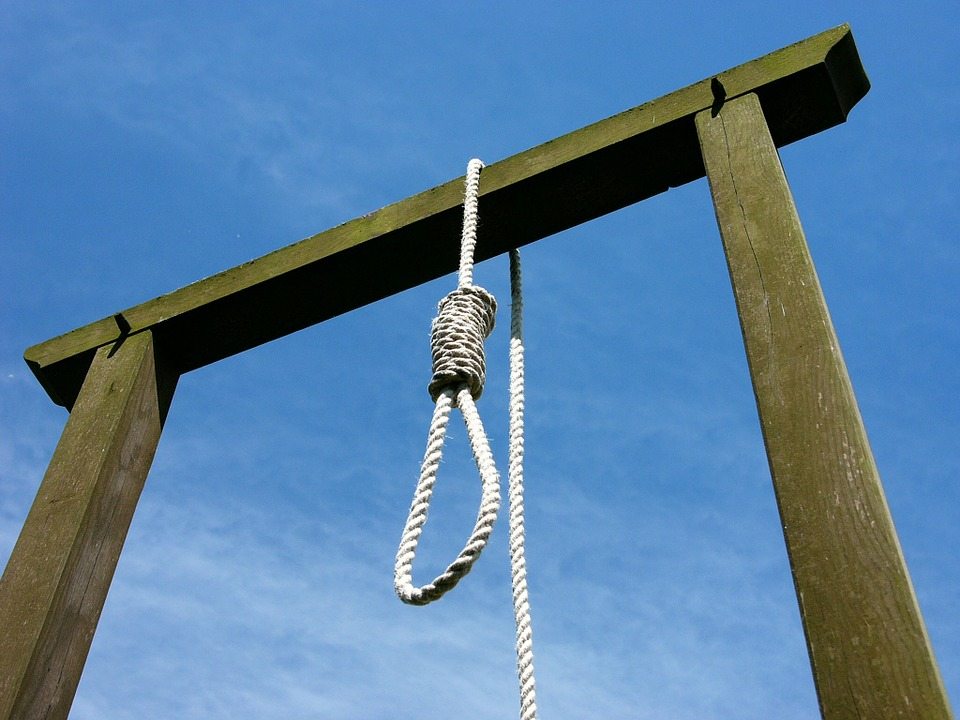