After what was described as a 10-minute gun battle, the terrorist who opened fire at an Alexandria, VA baseball field being used by Republican members of Congress has been identified.

James T. Hodgkinson of Belleville, IL, age 66, has been ID’d as the shooter according to a published report by CBS News and the Associated Press via WJHL.com television station.

Hodgkinson, 66, owns a home inspection business in Belleville, Illinois. Law enforcement officials say he opened fire at a baseball field in Alexandria, Virginia, shortly after 7 a.m. Wednesday. Hodgkinson allegedly shot Scalise and four others, including two Capitol Police officers, before being shot himself and taken into custody.

In the meantime, there has been a Facebook page identified as belonging to a James T. Hodgkinson of Belleville, Il. As of the moment of this posting, it’s not absolutely sure if they are two in the same.

Below is the Facebook page identified as originated and maintained by an individual calling himself James T. Hodgkinson. 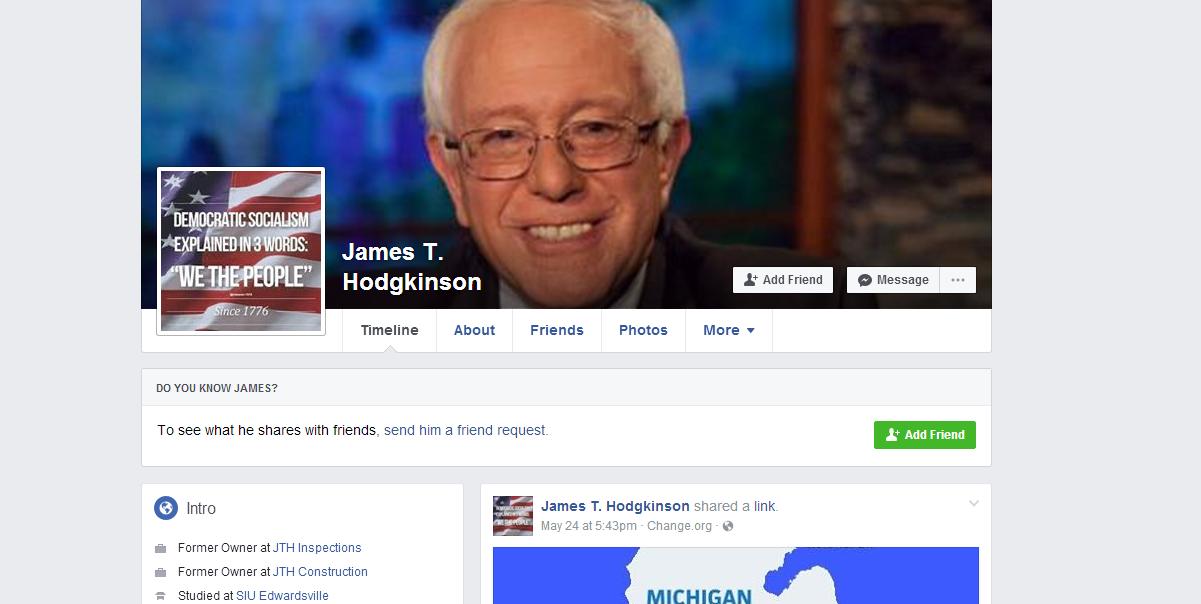