Exactly none of our readers would be surprised to learn that DC is home to enormous levels of corruption and indiscretions of every stripe. But would you have guessed they were this blatant about it?

Madison Cawthorn came to DC as a fresh-faced, idealistic young freshman. Once he arrived, he got a crash course in just how corrupt many of his colleagues really are.

Reading his criticisms carefully, it looks like he’s leveling them at corrupt swamp critters on both sides of the aisle.

A number of our readers may be familiar with the Netflix depiction of DC in ‘House of Cards’ before Kevin Spacey was MeToo’d and the show fell out of favor. For those who are not, it was grimy and corrupt, where sex and drugs were exchanged freely. Characters were even open about their attitude that sex was used as little more than a currency of exchange in that town.

If you’ve not seen it, you can just as easily substitute the debauched depiction of wealth, power and drugs shown on Wolf Of Wall Street (or the typical life story of any live-fast-and-die-young rock star) to arrive at the same basic idea of drugs, decadence, and debauchery.

Cawthorn, 26, was asked during an interview with the Warrior Poet Society how closely his experience on Capitol Hill aligns with the Netflix series, specifically its elements of ‘corruption, power, money and perversion.’

Cawthorn said that he once heard a former president say the only thing that was unrealistic about the show was that Congress would ever be able to pass a piece of legislation that quickly, and he agreed with the sentiment.

…’There’s some of the people that are leading the movement to try and remove addiction in our country and then you watch them doing, you know, a key bump of cocaine in front of you and it’s like wow, this is wild.’ — DailyMail

The same article later links the comments he made about that unnamed President he was quoting to — who else? — Bill Clinton. By the way, did we ever get to the bottom of those Clinton showing up on the Epstein plane flight manifest stories, or staying in Epstein’s guest house? 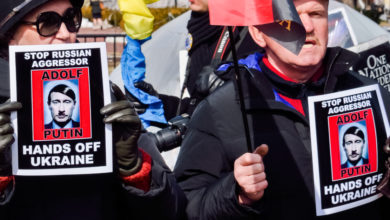