From time to time, people in power will make a statement that is economically illiterate. Occasionally, that person will be a Republican. Reince Priebus was that person when he appeared on the Hugh Hewitt radio show earlier this week.

On Wednesday, Priebus, who is the incoming White House Chief of Staff for President-elect Donald Trump, told Hewitt, “We can make everything here, or our goal should be to try to make everything we can in the United States so that the money gets put in the pockets of Americans.”

On the surface, the statement is innocuous. It seems to be a simple statement in support of American business and manufacturing. After all, who wouldn’t want American manufacturers to produce everything domestically? It would eliminate the need for imports and erase the trade deficit.

If Priebus fulfilled his dream of America producing everything, the result would be that many of these products would be inferior and/or more expensive than competing products made elsewhere. American products are often expensive for several reasons. American labor is expensive thanks to unions, regulations like the Affordable Care Act and the high American standard of living. The cost of real estate is high in many manufacturing areas of the US. The US corporate tax rate is the highest in the free world.

If every product was made in America, the economy and market would not be efficient. Some products would be more expensive or lower quality than products that could be purchased elsewhere. Either heavy restrictions would have to be placed on the free market to keep people from buying imported goods or inefficient American producers would be forced out of business. American consumers would be forced to pay more or buy shoddy products in many cases. Alternatively, the goods might be produced at lower costs by machines than by American workers.

For an example of why Priebus’s utopian dream wouldn’t work, look no further than Donald Trump’s deal with Carrier. Trump convinced the company not to move 800 jobs to Mexico, only to find that the company was planning to automate its Indiana plant and that many jobs would be lost anyway.

Mexico has a competitive advantage in building the heating and air conditioning units that Carrier produced in Indiana. The company said that it expected to save $65 million per year by moving the plant to Mexico. When a combination of political pressure and a $700,000 annual tax credit persuaded the company not to move, it didn’t change the economic advantage that Mexico held for the low-tech product. Automation and lower labor costs levelled the playing field.

In contrast, Carrier’s parent company also owns several aerospace companies, including Pratt & Whitney and Sikorsky. These are high tech manufacturing companies that are profitable and adding jobs, even with plants in Connecticut, one of the most expensive states in the union. America holds a competitive advantage in aerospace manufacturing, partly due to a highly skilled labor force.

What Priebus is actually calling for is less economic choice. To allow American companies to make everything without going broke, it would require the United States to isolate itself from competing manufacturers. That is essentially the purpose of the protective tariffs proposed by Donald Trump and Bernie Sanders.

Priebus’s comment is a disturbing confirmation that Republicans are rejecting the free market in exchange for protectionism and isolationism. After eight years of stagnant growth and wages under President Obama, the desire to revitalize the country is understandable, but shutting America off from the world is not the answer.

A better answer would be regulatory and tax reform to make American companies more competitive. The government should also allow companies to pursue niches where they have an advantage as well as to cut costs where they aren’t competitive. As the legendary economist Milton Friedman once said, “Underlying most arguments against the free market is a lack of belief in freedom itself.” 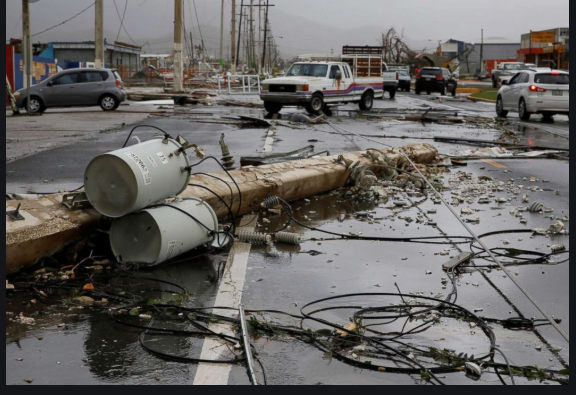 FEMA Officials, Charged With Fraud From Hurricane Maria in PR