With the nation in an uproar about gun rights versus gun control, and a startling video of a liquor store shootout between a mother-daughter duo and an armed robber all over social media, a new Rasmussen poll reveals that a majority of people with guns in the home feel safer.

The survey results, released Monday, say 61 percent of Americans who have guns in the home “feel safer knowing it’s there.”

Perhaps not surprisingly, 44 percent of the survey respondents say “they or someone in their household owns a gun.” Oddly, 51 percent of those surveyed still think it is too easy to buy a gun in the United States today, although it was far easier to buy a firearm 25 years ago.

The poll results came as video of the Tulsa, Oklahoma gunfight between Tina Ring and her daughter, Ashley Lee, and a shotgun-wielding suspect made the national news. The pair was working in a liquor store when the robber walked in. As he moved out of view of the security camera, Lee grabbed two guns from under the counter, armed her mom and when the suspect came around the end of the counter, that’s when things lit up.

Several shots were fired and the suspect was hit at least once.

Readers of the Tulsa World were not sympathetic toward the suspect. One even wrote that Lee and Ring should “use a caliber that starts with a 4.” This refers to big-bore handguns in .44- and .45-caliber.

The current debate comes in the wake of the tragic Valentine’s Day attack at a Parkland, Florida high school in which a 19-year-old former student at the school allegedly murdered 17 students and adults. Adding to the controversy are revelations that Broward County sheriff’s deputies allegedly waited outside of the school building while shots were being fired inside, rather than moving in to confront and possibly kill the gunman.

The suspect had a history of reported problems and local law enforcement knew about him, but he had never been arrested. That would explain why he was able to pass a background check and purchase the semi-auto rifle used in the attack.

Now Broward County Sheriff Scott Israel is under attack for the failure of his deputies to go inside One deputy has resigned, and Israel incredibly told CNN that he was not responsible for that deputy’s inaction.

With renewed attention to gun control (not gun “safety” or “reform”), there is a potential for increased gun sales after a year of what some people consider lethargy in which earnings are down, or have at least leveled off. Still, last month’s Shooting, Hunting and Outdoor Trade (SHOT) Show was busy and even upbeat according to some who were there. If the push on greater restrictions starts gathering momentum, so will new gun sales. For some reason, the gun control lobby seems unable to figure that out. 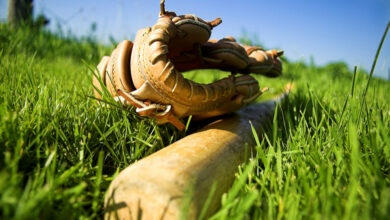