Children 12-15 who are unvaccinated cannot attend school in Washington DC. And there is no alternative- they have not set up remote learning. The ruling affects primarily Black children, as their vaccination rate is at least 20 points lower than other races. This means that racist Democrats are denying children an education. Is that by design?

When confronted about the possibility of 40% Black children being unvaccinated, Mayor Muriel Bowswer claimed those numbers were wrong. So even if only ten Black students were banned from going to school, does that make it right?

I asked D.C. @MayorBowser how she could justify forcing 40% of unvaccinated black students to stay home from school. She said my numbers were wrong. They’re her numbers. pic.twitter.com/Gmoidu1YuU

Racist Democrats and the plans to harm children

Not being able to attend in person learning has been shown to be exceedingly detrimental to children of all ages. Depression, suicidal thoughts, all of those things have been the subject of many studies since the beginning of the pandemic. If you add to that the Democrats plans with transgendering the very young, and murdering babies in the womb, you have an agenda of pure evil.

Senator Ted Cruz (R-TX) introduced a bill to protect DC students and allow them to attend classes…Democrats blocked it.

Not adopted, 49-51: Adoption of Cruz motion to commit H.R.5376, FY2022 Budget Reconciliation to the HSGAC Committee, with instructions. (RE: Vaccines)

The Senator went on to say:

“In D.C. the rate of vaccination for students 12 to 15 is 85 percent. For African American students, the rate drops to 60 percent. The D.C. public schools have announced any student that is not vaccinated is not allowed to come to school. If Democrats vote no on this motion to commit, they will be voting to tell thousands of African American students in D.C. you’re not allowed to come to school, your education doesn’t matter.” Senator Cruz

The Daily Wire confirmed those statistics with the DC Department of Health.

“The actual percentages are likely higher because not all vaccines administered outside of the District are known to D.C. Health,” she explained. “The race-specific coverage number is particularly likely to be an underestimate because the COVID-19 vaccination records D.C. Health does receive from outside of the District often do not include both age and race.” Daily Wire

Will fear of a disease prevent minority children from receiving an education?  Democrats have historically been racist – it is a White Republican who fought for the Civil Rights Act in 1964. Divisive rhetoric and actions meant to further widen the chasm growing among us are the games racist Democrats play. 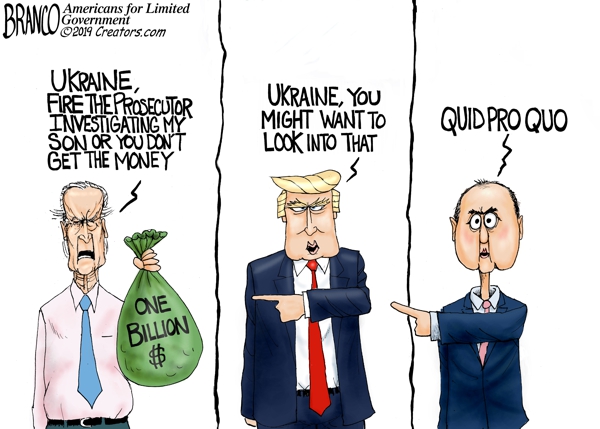 Cartoon of the Day: It’s in the Bag