As we noted here, a number of questions have arisen regarding the tragic Las Vegas shooting in which more than 50 concert-goers were killed and over 500 wounded.  Even more questions have been raised, especially since Clark County Sheriff Joe Lombardo strongly suggested that Stephen Paddock had to have help in carrying out the massacre.

According to CBS News:

Las Vegas sheriff Joseph Lombardo said that while there are no “concrete” examples of any accomplices, he believes that gunman Stephen Paddock “had to have help at some point” to kill 58 people and injure 489 others on Sunday.

“Do you think this was all accomplished on his own?” Lombardo said to reporters on Wednesday. “Self value, face value, you got to make the assumption that he had to have had some help at some point. And we want to ensure that that’s the answer. Maybe he’s a super guy … [he] was working out all of this on his own. But it’d be hard for me to believe that.”

In other words, there are aspects of the attack that he could not have brought off all by himself.

That’s significant – and a good sign.  I know a lot of people have been looking at this and coming up a need for the same assumption.

Lombardo also stated clearly what had been emerging as likely beforehand: that Paddock had a “secret life,” and seems to have had it for quite some time.

One other interesting comment from the sheriff was his statement that Paddock apparently intended to survive the attack.  Lombardo didn’t elaborate on that either, but the allusion may indicate Paddock had a plan for departure after the attack.

In an article published at Freedom Outpost, Michael Snyder, a GOP candidate for the House seat currently held by Rep. Raul Labrador, R-Idaho, said there are 16 questions that remain to be answered:

#1 Photos of Stephen Paddock’s hotel room have been leaked, and one of those photos appears to show a suicide note. Why hasn’t the public been told what is in that note?

#2 Were there additional shooters?  A taxi driver clearly captured video of an automatic weapon being fired out of a lower level window.  A video from another angle and brief footage captured by Dan Bilzerian also seems to confirm that automatic gunfire was coming from a floor much lower than the 32nd-floor room that Stephen Paddock was located on.  And if you weren’t convinced by the first three videos, this fourth video should definitely do it.

Paul Joseph Watson noted, however, that the flashing light appeared before the shooting started:

No there wasn't a 2nd gunman on the 4th floor. The flashing light was there BEFORE the shooting. Stop this BS. https://t.co/rbIs8rFVW9

Despite what the narrator says, the video in fact does not show muzzle flashes from a nonexistent shooter on the fourth floor of the hotel. The most obvious evidence supporting this is that none of the windows on the hotel’s fourth floor were broken (photographs show that Paddock had knocked out two windows in his suite, from where he had a birds-eye view of the crowd below). Another video tracked down by social media users shows the same light flashing an hour before the shooting started — it can be seen twinkling on the right side of the screen in the below video as country band Big and Rich are singing “God Bless America” earlier in the night…

#3 Why were law enforcement authorities discussing “another suspect on the fourth floor”, and why isn’t the mainstream media talking about this?

#4 As Jon Rappoport has pointed out, it would have been impossible for Stephen Paddock to kill and wound 573 people in less than five minutes of shooting with the kinds of weapons that he is alleged to have used.  So why won’t law enforcement authorities acknowledge this fact?

#5 How in the world did Paddock get 42 guns and “several thousand rounds of ammo” into his hotel room without anyone noticing?

(Editor’s note: Not all 42 weapons were in the hotel room — some were found in his home as well, but the question remains — why did he have so much firepower and how did he get 23 weapons into his room with no one noticing?)

#6 How did someone with “no military background” and that wasn’t a “gun guy at all” operate such advanced weapons?  Because what we are being told by the mainstream media just doesn’t make any sense whatsoever.  I really like how Natural News made this point…

Far from what the firearms-illiterate media claims, these are not systems that any Joe off the street can just pick up and use to effortlessly mow down 500 people. Running these systems requires extensive training, experience and stamina. It is physically impossible for a guy like Stephen Paddock to operate such a system in the sustained, effective manner that we witnessed, especially when shooting from an elevated position which throws off all the ranging of the weapon system.

Far from being a Navy Seal, Stephen Paddock is a retired accountant senior citizen with a gambling problem and a flabby physique. The only way he could have carried out this shooting is if he were transformed into a human superweapon through a magic wand. I’m calling this “Mission IMPOSSIBLE” because of the physical impossibility of a retired, untrained senior citizen pulling this off.

#7 Why was one woman telling people in the crowd that they were all going to die 45 minutes before the attack?

#8 Why did it take law enforcement authorities 72 minutes to get into Stephen Paddock’s hotel room?

#10 Why was Paddock’s girlfriend, Marilou Danley, in the Philippines when the attack took place?  Did she know what was about to happen?

#11 Was Paddock on antidepressants like so many other mass killers in the past have been?

#12 Why was ISIS so eager to take responsibility for this attack, and why was the FBI so quick to dismiss that connection?

#13 Apparently Paddock had earned millions of dollars “through real estate deals”.  If he was so wealthy, why would he all of a sudden snap like that?

#14 Why did he move so frequently?  It is being reported that Paddock had 27 different residences during his adult life.

#15 Why were nearly all of the exits out of the concert venue completely blocked?…

In essence, the concert trapped the people, preventing them from escaping, and denying them the ability to seek cover. From there, sustained, full-auto gunfire is almost impossible to survive.

From Fox News, a caller named Russell Bleck, who survived the shooting, said live on air, “There were ten-foot walls blocking us in. We couldn’t escape. It was just a massacre. We had nowhere to go.”

#16 Why was a country music festival chosen as the target?  Was the goal to kill as many Trump supporters and other conservatives as possible?  And is there evidence that Stephen Paddock was connected to Antifa in anyway?

And then there’s this from our colleague Tim Brown at Freedom Outpost:

I have discovered that there was apparently a plane that has been listed in the FAA database as “deregistered” that is also showing up at FlightAware.com as being registered in 2006 and 2007 to Stephen C. Paddock of both Henderson, Nevada and Mesquite, Texas, the alleged Las Vegas shooter.

There has been social media activity that has claimed the plane is also registered to a defense contractor.

However, the FAA has the plane deregistered just days before the 9/11 attacks in 2001.

“The female operator I spoke to at FlightAware expressed concern when she saw the name Stephen Paddock and I told her that was the alleged Las Vegas shooter,” Brown said.

Then there’s a statement by an Australian man who told the Courier Mail he believed there were multiple shooters involved (Emphasis added):

Australian Brian Hodge, who previously worked at Jupiters Casino on the Gold Coast, claimed he was staying in the room next to the shooter on level 32 at the Las Vegas resort.

He said he managed to escape the initial horrific scenes inside the hotel but found himself forced to hide in a bush for several hours after the event.

“I got outside safely and was hiding in bushes,” Mr Hodge said.

“There were multiple people dead and multiple shooters. I was just hiding waiting for police to come get us.

“We were hiding in the bushes outside waiting for the police.” Mr Hodge said he was staying in room 32134 while the gunman was in room 32135.

“It was a machine gun from the room next to me,” he said.

Other reports indicate Paddock had ordered room service for two guests at least one day before police said he checked into the hotel.  As we noted here, Laura Loomer said hotel information regarding Paddock is being deleted.

And that’s not the only thing finding its way into the memory hole, as Mac Slavo said at Freedom Outpost:

Witness Wendy Miller, also from Australia, said she too, saw a security guard being chased.

She was staying at the Luxor Hotel (next to the Mandalay Bay) with her husband.

But they had been at a bar in the Mandalay Bay when she saw what she described as a “man of interest” run by.

“We managed to make our way back to our room…” she told The Courier-Mail. “We are in lockdown. Our door is deadlocked and a chair against the door.” Miller said she saw the man sprint through the hotel after coming off an escalator from the Mandalay Bay.

“The man that they [security] were chasing was wearing a security jacket like them,” she said.

Many eyewitness reports that don’t match the carefully crafted narrative that is being regurgitated and that we are expected to believe are also being silenced.

Information that is being heavily censored on YouTube.  Why would police shoot or even chase a security guard?

Some of these questions — like the alleged 4th floor shooter — will hopefully be answered in time.  Meanwhile, the questions continue to pile up along with speculation.

Earlier this week, I discussed some of this with Rev/Rabbi Eric Walker: 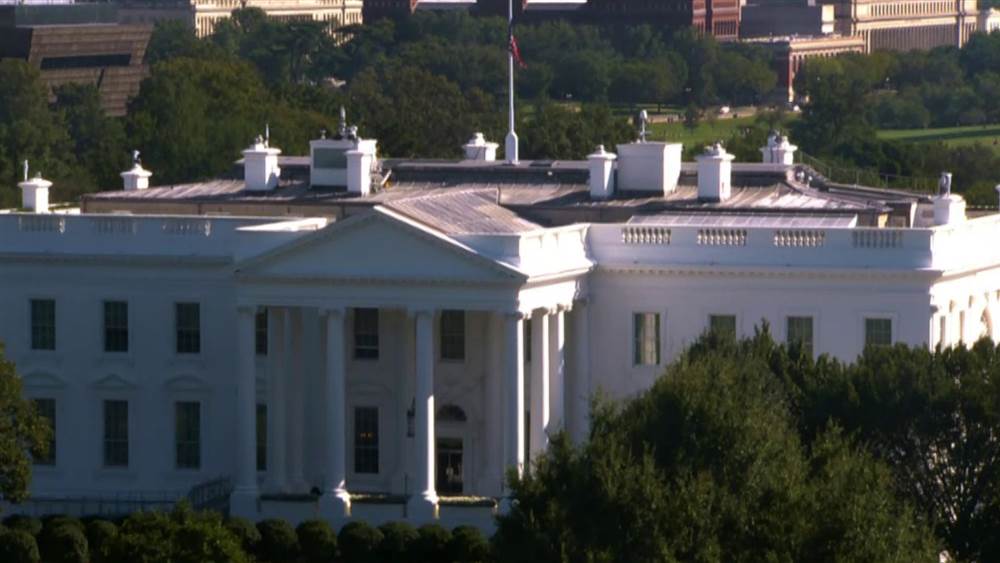