Vladimir Putin trolls the West frequently. Speaking yesterday at a meeting of former world leaders in Sochi, Russia, Putin took the opportunity to ridicule the U.S. election and concerns that Russia threatens Eastern Europe. In a speech translated by The Daily Wire, the president of Russia made light of the notion that Russia was trying to influence the presidential election and called such claims “hysteria.”

“Does anybody seriously believe that Russia could somehow influence the choice that the American people are to make. Do you consider the United States to be some kind of a banana republic?” Putin mocked. “The United States is a great nation. Correct me if I’m wrong.”

Putin claimed that concerns about Russian interference in the election were the product of disinformation by the American media. “It is easier for them to try and distract the public with all this talk of Russian spies and hackers and cyber-crime and attempts to influence American politics.” He added that American voters should be more concerned about the national debt and “gun violence” than Russia.

“I wish we had such an efficient, powerful propaganda machine in Russia, but unfortunately we don’t,” Putin lamented. “We don’t have the powerful media organizations such as CNN or the BBC. So far, we don’t have those capabilities.”

Over the past few months, evidence has mounted that Russia was behind cyber-attacks and the email hack of Democratic National Committee. The Director of National Intelligence, James Clapper, has said that the U.S. intelligence community believes that Russia is interfering with the election. While Donald Trump has not accepted this conclusion, Mike Pence admitted on NBC’s “Meet the Press,” “I think there is more and more evidence that implicates Russia and there should be serious consequences.”

Echoing Donald Trump’s concerns about a “rigged” election and that he is a victim of the Washington “establishment,” Putin argued, “People are showing a very different kind of vote, and political parties that used to be considered marginal in the past, being dubbed either far-left or far-right, are now coming to the forefront and actually pushing aside some of the old mainstream parties.” He continued, “When this turned out to be a systemic development, they started claiming that the public just fails to understands its elites and its government, it fails to understand their rationale, and then they started claiming that most often this is a consequence of foreign propaganda; namely Russian propaganda… Average citizens no longer have any confidence in the ruling class.”

Putin did stop short of endorsing either presidential candidate, noting that neither had run a substantive campaign and that their policy differences were slight. “The political agendas have been absolutely devoid of any real meaning. Instead of discussing real issues people start mudslinging, exchanging compromising stories; discussing who pinched whom on what and who sleeps with whom, and that’s just embarrassing. If you look at the political programs of candidates, it looks like they’ve been written based on the same templates. There are hardly any differences you can notice.”

With respect to fears of Russian expansionism in Eastern Europe, Putin ridiculed “military bases close to Russia’s borders” whose purpose was to act as “a defender, a protector of civilization against barbaric hordes.”

“Russia is not going to invade anyone, that would be just laughable, ridiculous,” Putin protested. “But still, they’re trying to beat the war drum and inflate the Russian threat.” 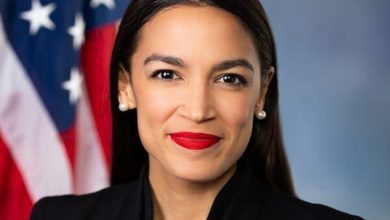