On Saturday, protests broke out at JFK International’s Terminal 4 after incoming refugees were stopped and detained by customs and border patrol agents following Pres. Trump’s executive order temporarily banning immigration from seven countries known to be hotbeds of terrorism.  Predictably, liberals across the country engaged in a collective meltdown, falsely claiming that Trump enacted a “Muslim ban.”

According to Twitchy, two people have reportedly been allowed into the country while others remain detained at the airport.

According to the Gateway Pundit, protesters chanted: “Say it loud, say it clear, refugees are welcome here!”

Strange, I never saw any protesters showing outrage after Americans were killed or injured by Islamic terrorists. The left cares more about the lives of non-Americans. They would rather be ‘politically correct’ than make the tough choices necessary to protect American citizens. It has been proven that ISIS and other terrorists are infiltrating Western countries through the refugee program, yet these protesters are demanding we still roll the dice and let them in. Unbelievable!

THe ACLU weighed in, naturally, on the side of those wanting in the country, while falsely calling Trump’s order a “Muslim ban.”

And of course, Michael Moore weighed in…

This is an ongoing story… Stay tuned for updates. 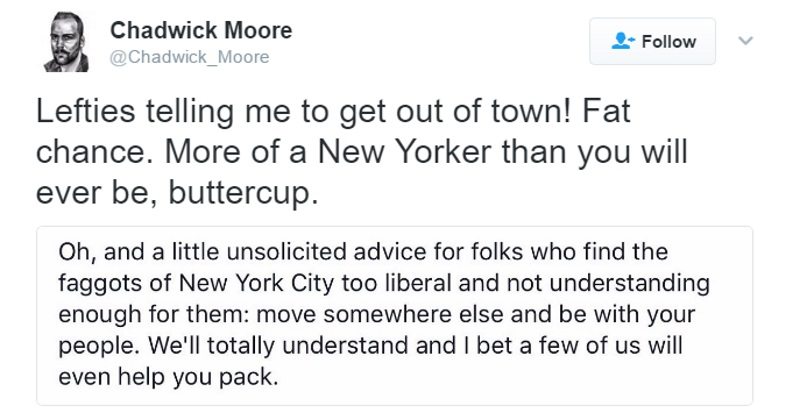 Gay Writer Comes Out As Conservative, Detested by Liberals