On Wednesday, James O’Keefe’s Project Veritas posted a video interview with a former Facebook insider who provided insight as to methods Facebook uses to deliberately target and censor conservatives.

Project Veritas offered the following “bullet points” ahead of the video interview:

“I saw things that were going on that I personally found to be troubling,” the insider told O’Keefe.

The insider also described one method used to suppress conservative content.  This method, the insider says, was labeled ActionDeboostLiveDistribution.

“I would see [this term] appear on several different conservative pages. I first noticed it with an account that I can’t remember, but I remember once I started looking at it, I also saw it on Mike Cernovich’s page, saw it on Steven Crowder’s page, as well as the Daily Caller’s page,” she said.

As we and others have repeatedly reported, Facebook has significantly throttled traffic from conservative pages while boosting traffic for liberal outlets like CNN.

A screenshot of an action log on Mike Cernovich’s Facebook page provided by the insider, shows the tag. The insider believes that the “deboost” code suppresses the distribution of livestream videos on Facebook. Project Veritas spoke to a current Facebook employee off the record who said that the code could limit a video’s visibility in news feeds, remove sharing features, and disable interactive notifications.

When approached for comment, author and filmmaker Mike Cernovich said the troubling issue is that Facebook could just “make stuff up” about people through these systems. “Facebook, or an individual at Facebook, has the unilateral power to create false allegations against someone he or she doesn’t like. The person accused not only can’t do anything about the allegation, they don’t even have an idea the allegation was made,” said Cernovich.

The insider says that unlike many actions that Facebook content moderators can take against pages, the “deboost” action, which appears to occur algorithmically, does not notify the page’s owner. “[W]ith these ‘deboost live stream’ things, there was no warning sent to the user… These were actions that were being taken without the users knowing.”

Worse yet, the insider said she did not see the tag on liberal pages.

“I looked at the Young Turks’ page, I looked at Colin Kaepernick’s page, none of them had received the same deboost comment,” she said.

But there’s more — much more.  According to the documents provided by the insider, a presentation authored by Facebook engineers Seiji Yamamoto and Eduardo Arino de la Rubia, titled “Coordinating Trolling on FB,” suggested totalitarian methods the social media giant could use to control political speech.

Two of the “tactics” outlined in the presentation that the Facebook engineers propose for dealing with “troll operations” involve the introduction of a “Troll Twilight Zone.”

Yamamoto and de la Rubia’s presentation says that “troll accounts,” can have their internet bandwidth limited and experience forced glitches like frequent “auto-logout[s]” and the failed upload of comments. These “special features” would be triggered “leading up to important elections.”

Facebook could identify trolls by their vocabulary, friend network, and behavior, according to the presentation. “Facebook has what’s called a Fake Account Index,” explained the insider, “where they assign a score which helps them determine whether the account is a real person or just a dummy spam account. And rightfully so, they want to delete those accounts, that’s okay. They created the troll score so they could help identify, using words they would post, pictures, if they were friends with other trolls and then using that to determine whether this person should be on the platform or not.”

The insider, by the way, went to work for Project Veritas after being given the bum’s rush at Facebook.

It looks as though American-Israeli Adina Kutnicki and I may have only scratched the surface of the problem in our 2016 book, “Banned: How Facebook Enables Militant Islamic Jihad,”  but it seems we were correct when we predicted that the problem would only get much worse if lawmakers refused to take action.

Fortunately, a number of state lawmakers have started to take action by sponsoring the Stop Social Media Censorship Act in their respective states.  If passed, social media giants like Facebook could be fined as much as $75,000 for each instance of political or religious censorship, with the potential of additional fines and/or penalties levied by state authorities.

Hopefully, the Veritas video will encourage lawmakers in other states and in Congress to take action.

On a final note, we reached out to Facebook’s Katie Harbath for comment, but did not receive a response.  We will update this post if we hear back from the company. 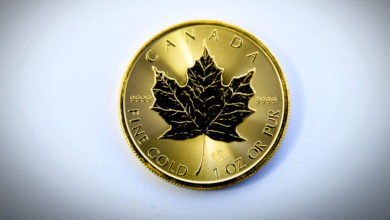