Remember all that hand-wringing about Trump supposedly telling his supporters to ‘vote twice’? Where are those folks now?

Trump was just telling anyone voting by mail to make sure theirs was counted, and have your provisional ballots ready if necessary. Quite a different thing from what was going on here:

This person just ‘happens’ to be an election official on top of everything else.

Strangely enough, no action was taken on that case. It sat idle for 8 months or more. And so, James followed up with that AG over it.

Here’s the 3.5-minute video showing how that went.

Suddenly, now that the video of their exchange has been made public, there has been some movement on the case.

A New Hampshire man was arrested on a voter fraud charge Thursday accused of casting two ballots in the November 2016 general election.

Vincent Marzello, 65, of West Lebanon was charged by the New Hampshire State Police with felony wrongful voting. The New Hampshire Attorney General’s Office accused him of voting once in his own name and a second time under a phony registration.

Investigators began looking into allegations Marzello had voted twice in 2018 — under his own name and the name of “Helen Elisabeth Ashley,” a registered Democrat.

…The New Hampshire Democratic Party, through a spokesperson, said after it was made aware about of the pending investigation, “We suspended the individual’s ballot inspector status.”

In a suspension letter, Ray Buckley, the chairman of the party, said, “New Hampshire’s Inspectors of Election are held to the highest standards, as they share responsibility for preserving the integrity of our elections. It has come to our attention that you may be involved in a pending investigation, and as such we are suspending your appointment effective immediately pending resolution of the investigation.” —PATCH

Isn’t it telling how, despite all the squawking by Democrats that ‘Republicans will steal the election’ that the actual people who get busted doing it tend to mostly be connected to the Democrat party?

Weird coincidence, that, isn’t it?

Just in time for us to see Democrats ramping up hysteria about someone (not them!) who might be stealing the election in 2020… while Democrats fight to keep open every possible exploitable loophole that would make election results LESS secure.

Of course, those hundreds of lawyers Biden has on standby, those media pieces about Trump winning by a landslide, but somehow still losing eventually anyway, and Hillary explicitly saying Joe shouldn’t concede FOR ANY REASON.

What could all of these things possibly have in common? 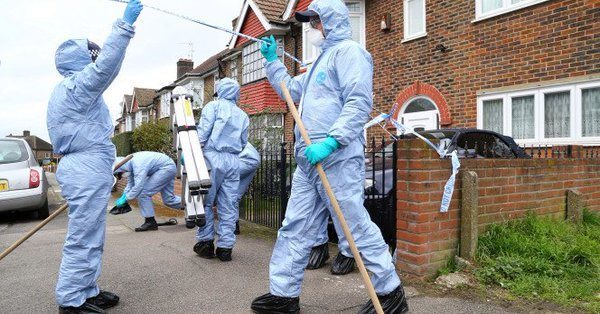