A Call to Audacity…

Professional agitators, usually Communists, are still rioting in the streets. In a handful of cities police officers are routinely insulted, spit on, and provoked to violate the the most minute of hyper-technicalities against the “civil rights” of those who communicate threats, burn, and assault.

In the meantime, still nary a peep from President Awesome telling the Children of Alinsky to knock it off. Then again, did anyone honestly expect any different?

But I digress. Is it just me, or would anyone else enjoy seeing the next rioter who slings a brick at the cops have a highly wound-up German Shepherd or two or fifteen loosed on him? I know I would.

Ahh… the good old days when “beat” as in “cop on the beat” was both both a verb and a noun.

Fret not, America. While we right-minded folk have suffered mightily these past eight years at the hands of the PC Gestapo, there’s still the hope Trump will at least steer the nation to the point where we can say “boys will be boys” or “ladies first” without the threat of having DSS called on us or being verbally pilloried by the Yoga Pants Patrol.

In other words, wouldn’t it be nice if we could just show a little audacity once in awhile without being called a misogynist, warmonger, or sexist?

Whenever I think of that particular word, two individuals come to mind: Generalissimo Francisco Franco of Spain, and the character of Regimental Sergeant Major Wilson as portrayed by actor Harry Andrews in the 1965 film The Hill.

First comes the tale of what El Caudillo (Leader or Chief) Francisco Franco once supposedly did while a Colonel commanding a regiment of the Spanish Foreign Legion in Spanish Morocco. Keep in mind, I’m not exactly 100 percent if this is factually correct or just a military version of an urban myth, but the incident certainly is a perfect example of an audacious leader unafraid to make a command decision.

As the story goes, Franco was in the middle of an inspection tour when a disgruntled legionnaire who was fed-up with what he considered lousy chow, decided to display his anger by throwing a mess kit’s worth of lunch in the face of his commanding officer.

The always unemotional Franco took out his handkerchief and calmly wiped the food off his face and uniform, but not without first tasting a bit of the victuals slung on him. Supposedly, the dab of food tasted caused an involuntary sour look on Franco’s face.

The future Generalissimo finished his walkthrough of the field kitchen without further incident. But prior to departing the area, he told his subordinate commander words to the effect of “fire the cook.”

He then pointed to the offending food-throwing legionnaire and said, “and take that man out and shoot him.”

Then we come to the character of RSM Wilson of the film classic The Hill.

Set in a British Army prison in the Libyan desert during WWII, the film follows the plight of a handful of British soldiers sentenced to the rather unpleasant penitentiary for various petty offences.

But when one Private Stevens dies from heat stroke, his fellow prisoners believe the death is due to a no-nonsense Staff Sergeant who they believe pushed Stevens too far both mentally and physically.

With the prisoners inside the cell block on the verge of rioting, enter Regimental Sergeant Major Wilson.

With his patience worn thin, the RSM finally bellows out: (Keep in mind, the punishment at the time in the British Army for leading a mutiny was death.)

RSM Wilson: Any more trouble and I’ll read you the Riot Act. You know how long it takes. And if that doesn’t have any effect, I’ll charge the ring leaders with mutiny!

A voice heard amid the mutineers: (Sarcastically) Who’s the ring leaders?

RSM Wilson: EVERY FIFTH MAN! (Dramatic pause) Think that over. I don’t waste my breath on idle threats. 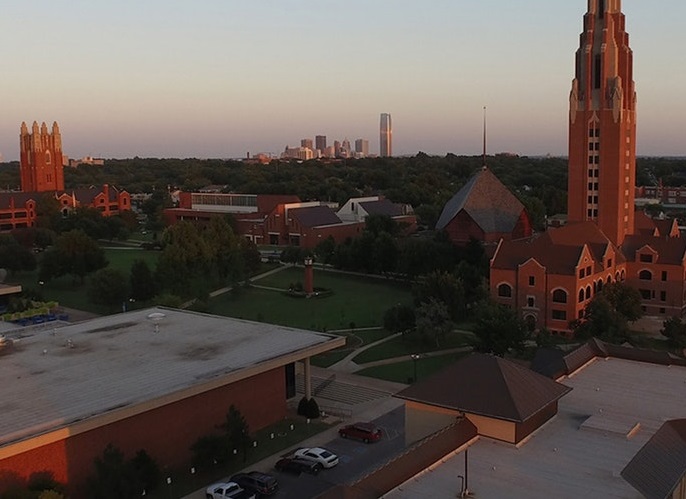