(Natural News) President Donald Trump believes that Sen. Mitch McConnell (R-KY), the most influential RINO in Washington D.C., should be impeached and thinks the traitorous jelly-necked coward may be blackmailed by the shadowy deep state forces who are really in charge.

“It’s crazy what’s happening with this debt ceiling. Mitch McConnell keeps allowing it to happen. They ought to impeach Mitch McConnell if he allows that… They have something on him. How he approves this thing is incredible!” Trump said during an appearance on Real America’s Voice “American Sunrise.”

The clip can be seen here:

This is far from the first time that President Trump has trashed McConnell for his evil behavior, as Big League Politics has reported on McConnell joining in the Democrat witch hunt to persecute peaceful patriots after Jan. 6:

“President Donald Trump is claiming that Sen. Mitch McConnell (R-KY) “bails out the radical left and the RINOs” a day after he repeated the establishment’s false narrative about what happened on Jan. 6.

“Mitch McConnell does not speak for the Republican Party, and does not represent the views of the vast majority of its voters. He did nothing to fight for his constituents and stop the most fraudulent election in American history,” Trump said in a statement released through his Save America PAC.

“And he does nothing to stop the lawless Biden Administration, the invasion of our Borders, rising Inflation, Unconstitutional mandates, the persecution of political opponents, fact finding on the incompetent’ Afghanistan withdrawal, the giving away our energy independence, etc., which is all because of the fraudulent election. Instead, he bails out the Radical Left and the RINOs,” he continued.

“If Mitch would have fought for the election, like the Democrats would have if in the same position, we would not be discussing any of the above today, and our Country would be STRONG and PROUD instead of weak and embarrassed,” Trump added…

Trump is exerting his control over the Republican Party. McConnell is hated by his own constituents worse than they even hate the Democrats. Even the RNC is dancing to Trump’s tune now. McConnell’s reign of terror over the GOP is quickly coming to an end.”

McConnell is a major league scumbag, but he will never be impeached because he serves the pedo-elites who lord over Washington D.C. Furthermore, McConnell does the bidding of authoritarian China, with his shady wife, who President Trump calls “Coco Chow,” acting as the liaison. 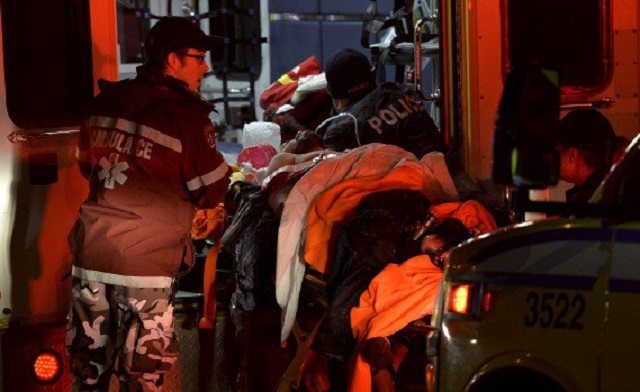