President Trump is calling for a “review” of Rep. Ilhan Omar following reports of alleged “ballot harvesting” in the Minnesota congresswoman’s district.

The New York Post reports that Project Veritas, the controversial undercover video production company, claims to have uncovered a scheme in which hundreds of ballots are being illegally harvested from elderly Somali immigrants.

“Numbers don’t lie,” says one of the individuals captured on video as he displays hundreds of envelopes on his car’s dashboard.

He asserts that they are for Minneapolis City Council member Jamal Osman.

“You can see my car is full. All these here are absentee ballots … Look, all these are for Jamal Osman,” he continues.

The Post points out that under Minnesota law, no individual can be the “designated agent” for greater than three absentee voters.

The video has not been verified and the claims made within yet to be proven.

“This is totally illegal,” he tweeted. “Hope that the U.S. Attorney in Minnesota has this, and other of her many misdeeds, under serious review.”

Two people in the Project Veritas investigation claim one of the ballot harvesters is associated with Omar.

“It’s an open secret,” whistleblower Omar Jamal alleged. “She will do anything that she can do to get elected and she has hundreds of people on the streets doing that.”

Another person identified only as a ‘former political worker’ accuses Omar’s campaign deputy district director, Ali (Isse) Gainey, of having “perfected this system” of harvesting ballots from the elderly.

Neither of these individuals claims has been substantiated.

President Trump’s reference to Omar’s “many misdeeds” could be driven by several other controversies that have surrounded the Congresswoman.

Federal Election Commission (FEC) records have shown that Omar’s campaign committee has paid nearly $1 million to her husband’s consulting firm since they were married.

Omar announced that she and Mynett had married earlier this year, after spending months initially denying accusations from his former wife and the media that they were having an affair.

Last year, the Minneapolis Star-Tribune reported on documents raising questions as to whether she previously married her own brother as a means to “skirt immigration laws.”

In January, Fox News correspondent Trace Gallagher indicated investigations involving Omar were being conducted by the Department of Education and Immigration and Customs Enforcement (ICE).

I hope this wipes that stupid, disgusting smile off @IlhanMN face. pic.twitter.com/eQSw1X0rII

“The amount of truth to this story is equal to the amount Donald Trump paid in taxes of ten out of the last fifteen years: zero,” Slevin suggested.

“And amplifying a coordinated right-wing campaign to delegitimize a free and fair election this fall undermines our democracy.” 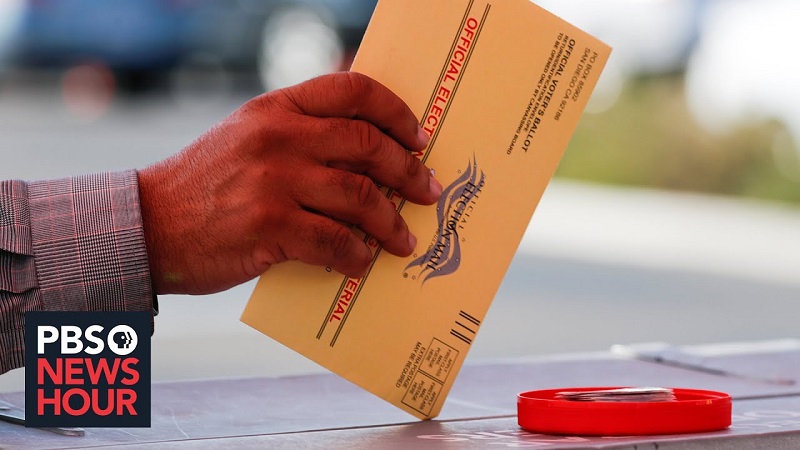