Back in December we wrote about the Pittsburgh Mayor, Pennsylvania Governor, and City council members planning a bill that would severely restrict “assault weapons.” The law was controversial for two reasons: one was because it heavily restricted “military style” weapons. Secondly because Pennsylvania state law states that cities are not allowed to regulate firearms. 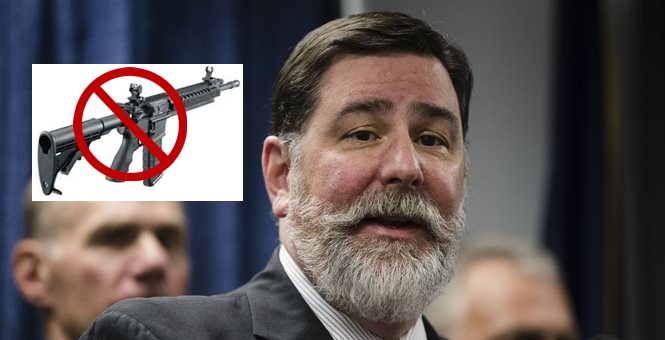 “Allegheny County District Attorney Stephen Zappala Jr., a Democrat, told City Council members in January that while he understood their desire to curtail gun violence, their proposed remedies were unconstitutional.”

Only a few people spoke. None spoke in favor of the proposed gun legislation.

“No one spoke in favor of the gun legislation.” That’s interesting.

The Pennsylvania preemption statute reads in part:
“No county, municipality or township may in any manner regulate the lawful ownership, possession, transfer or transportation of firearms, ammunition or ammunition components when carried or transported for purposes not prohibited by the laws of this Commonwealth.”

The Democrats are ignoring that stipulation in favor of this new law which passed 6-3 on Tuesday morning.

The ordinance restricts the AR-15 and other firearms like it. It restricts the use of armor piercing ammunition and contains gun confiscation under an extreme risk protection order provision (red flag law).

The city reportedly “watered down” the bill to a point where they think it would stand up to a legal challenge.

Legal challenges aside, there may be a lack of compliance by many.

“I will not abide by that law. Make a criminal out of me.” Dennis Jordan