A man drove his pickup into the Fox News Affiliate Building in Dallas, Texas at around 7 a.m. Wednesday morning, damaging the windows. The man exited his truck and “started ranting.”

Michael Chadwick Fry was in what Dallas police described as an “agitated mental state.” He placed boxes of papers around the front of the building and then promptly scattered them all through the parking area. He took one of the papers and pushed it up against the window, shouting “high treason.” 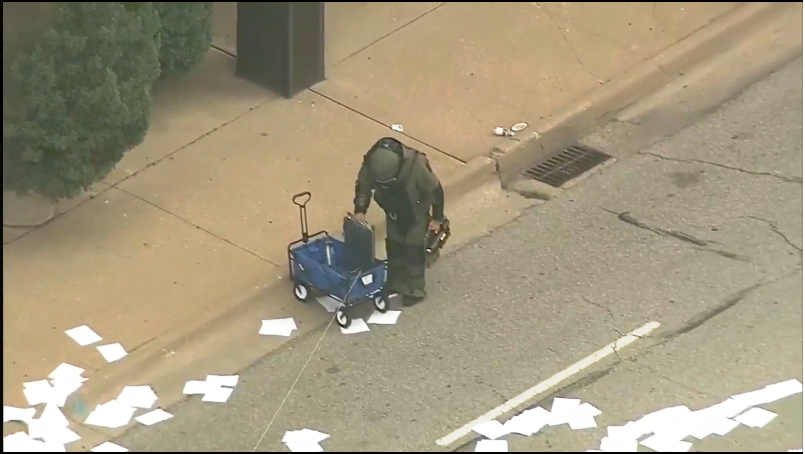 The newsroom was evacuated, and reporters were broadcasting from what they described as a “secure location.” The bomb squad arrived due to a suspicious bag left at the scene. No explosives were found in the bag.

Scary moment this morning when a man drove his truck into our building. We evacuated while the bomb squad is investigating. pic.twitter.com/fnbDopcJFb

This was the man who smashed his truck into our station this morning..throwing papers around while yelling “high treason”. @FOX4 pic.twitter.com/k7PsosDQIk

The man was ranting about treason and law enforcement after he crashed into our building twice. It’s not clear what his message was or what’s written on all of his papers. Officers found a “suspicious package” so the bomb squad is here now. pic.twitter.com/NpT4eG2LbT

Some of the papers the suspect was carrying when he repeatedly rammed his truck into the @FOX4 building ranting about a police involved shooting pic.twitter.com/LNZMiNLsal

We’re back inside @FOX4 now. Here’s a closer look at the crash, papers and “suspicious bag” the bomb squad was investigating. pic.twitter.com/JthMk26zhX 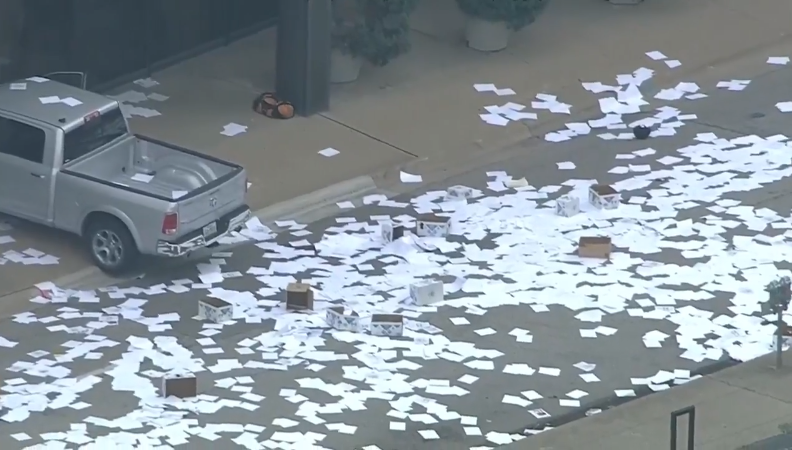 The papers were covered with ramblings about law enforcement, an officer-involved shooting, and a ranger being “payed off.”

The Fox4 building was cleared by authorities and employees returned about two hours after the incident. Michael Fry is being charged with “Criminal Mischief.”