On Monday, Joe Biden traveled from his Camp David vacation to the White House. Once arriving, he gave a pathetic, rambling, approximately twenty-minute long speech and traveled back to vacation. I don’t have a problem with a POTUS taking a break. It’s not only the most powerful job in the world but considering the fate of the world is in your hands, it has to be the most mentally demanding job in the world. I believe that Presidents deserve more time off than most other people. But their time off needs to be adapted to what is going on at home and in the world.  In this case, Biden ignored what was going on in Afghanistan and that the American people needed to feel that their President was in the White House dealing with the problem and communicating with them.

The Taliban had been on the move for about a week, but Biden was been in hiding. And when he finally spoke to the American people he immediately went back to Camp David. That move was reminiscent of when Obama condemned the ISIS execution of American James Foley and immediately left to play eighteen holes of golf

During his feeble-sounding speech, Biden said, “I stand squarely behind my decision” to withdraw American troops from Afghanistan. What was painfully obvious during his address was he didn’t understand that it’s not the withdrawal that people’s strongest objections were about. It was the haphazard, no advanced planning bug-out that made people question what he is doing.

We went to Afghanistan almost 20 years ago with clear goals, get those who attacked us on September 11th, 2001 and make sure al-Qaeda could not use Afghanistan as a base from which to attack us again. We did that. We severely degraded al-Qaeda in Afghanistan.

We did degrade al Qaeda…until the Taliban took over this past weekend. The mistaken belief is that al Qaeda needs to rebuild. They were part of the Taliban fighters who re-took Afghanistan.

His short speech didn’t answer the questions many Americans are asking. Still, he did take the time to blame just about everyone except Marvel’s Captain America for the Taliban takeover (if he did blame Cap, I missed it).

Biden did explain why the evacuation of Americans and the Afghans who put their lives in danger to help us didn’t occur till the Taliban was surrounding Kabul late last week. But what he said didn’t sound true.  According to Biden, the evacuations didn’t begin till the last minute because the people who evacuated didn’t want to leave. There might be people who didn’t want to leave, but there were plenty of Afghans who helped the Americans who were begging to be taken out of Afghanistan for months.

Along with the evacuees, Biden blamed the Afghan people, the Afghan leaders, their military, and the three American presidents who preceded him, with special attention to Trump.

When I came into office, I inherited a deal that President Trump negotiated with the Taliban. Under his agreement, US forces would be out of Afghanistan by May 1, 2021, just a little over three months after I took office. US forces had already drawn down during the Trump administration from roughly 15,500 American forces to 2,500 troops in country. And the Taliban was at its strongest militarily since 2001. The choice I had to make, as your President, was either to follow through on that agreement or be prepared to go back to fighting the Taliban in the middle of the spring fighting season.

But Biden didn’t follow through on the agreement. As Mike Pompeo explained, the Trump plan wasn’t a bug-out. It was a conditions-based plan that the Taliban had to follow with the reminder that if the Taliban tried to re-take the country, the U.S. Military would strike and prevent it from happening.

In this case, just like most other Trump successes, Biden dumped what was working.  Trump had already begun to take our military out of Afghanistan, but the Taliban didn’t try to take over. Why? Because they knew that Trump wouldn’t stand for it.

The Afghans hate the Taliban and were fighting hard against them until Biden broke their will to fight. On July 5th, the U.S. abandoned Afghanistan’s Bagram airport base in the middle of the night without telling the Afghan troops that they were leaving. That move destroyed the morale of the Afghanistan troops because the message Biden told them was the U.S. no longer had their backs. Nor do we still keep our promises.

Biden’s bug-out proved he is weak, and his speech proved that he didn’t even care about the U.S. commitments or listen to the American people.

To quote Bette Davis, “Fasten your seatbelts, it’s gonna be a bumpy flight.”  Biden’s bumpy flight has another three and a half years to go–but this is still the best-damned country in the world with the best people. We got through eight years of Obama, and we will get through four years of Dementia Joe. 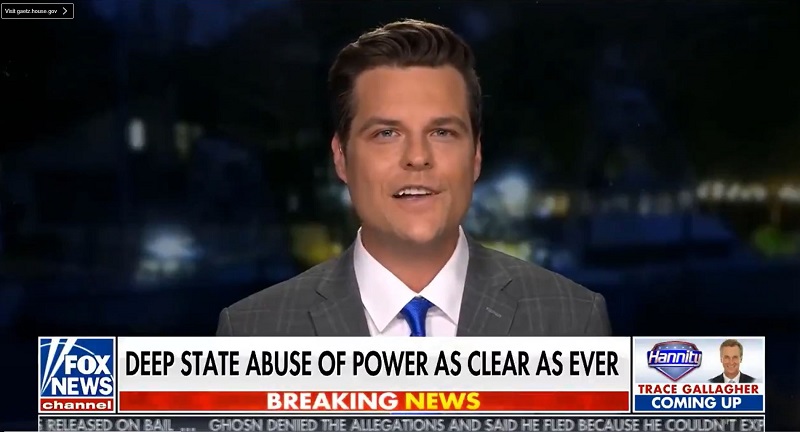