Obama is moving full steam ahead with his nefarious plan to import terrorists into the United States.  The only question I have is whether he is doing it in spite of or because of the attacks in Paris.  To make it worse, Obama has a well-deserved reputation of failing to keep records of illegal aliens and terrorists, in order to make it harder to find and deport them once he leaves office. Serbian media claims Ahmed Almuhamed, 25, whose Syrian passport was found on the body of a suicide bomber, allegedly blew himself up at the Bataclan concert hall, where at least 89 people were slaughtered on Friday.

The newspaper, Blic, claims Almuhamed arrived with another of the bombers in Europe on the Greek island of Leros on October 3 on his way to Paris. Greek website Protothema have published ferry tickets showing the name of a second man, Mohammed Almuhamed, who could be a relation.

French police are hunting 26-year-old Salah Abdeslam, from Brussels, who is accused of renting a Volkswagen Polo used by the suicide bombers who killed 89 people at the Bataclan music venue on Friday.

His brother Ibrahim is believed to have blown himself up during the Paris siege and a third unnamed sibling has been arrested in the Belgian capital.

An official told the Washington Post another of the shooters was Bilal Hadfi, who was from Belgium and had spent time fighting with ISIS in Syria, who also died after detonating his suicide vest during a murderous rampage.

One of the attackers has been named locally as homegrown terrorist Omar Ismaël Mostefai , 29, from Courcouronnes, Paris. The petty criminal was known to police as a radical and identified by the fingerprint on a severed digit found after he detonated his suicide belt.

There is no longer a question of whether radical Islamic terrorists were among the “refugees”.  The question now, is how many?

This bodes badly for Democrats in this country.  One Democrat running for a state legislative office in Minnesota has had to drop out of the race and concede to his Republican opponent after he tweeted that ISIS is not evil and they are just trying to do the best they can for their people.  And can you name me very many Democrats who have been willing to use the phrases “radical Islamists” or even just “terrorists”? (Except when referring to mothers who don’t have abortions, Christians and our heroic veterans) 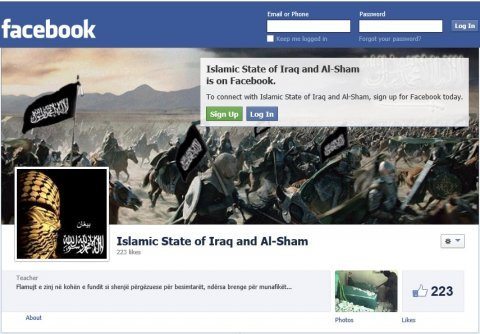