Freshman Democrat Rep. Rashida Tlaib (D-MI) is facing blistering criticism over her promise to a reception crowd in Washington, D.C. Thursday that “we’re gonna impeach the mother—er,” in a reference to President Donald Trump, according to Fox News.

A video of Tlaib making the profane comment has gone viral on social media. The reception was hosted by the far-left activist group MoveOn.

The newly-sworn-in congresswoman made the remark as part of a recap of a conversation she allegedly had with her son. The age of her son wasn’t clear.

As noted by CNN, Tlaib’s foul-mouthed outburst came just hours after she bylined an Op-Ed in the Detroit Free Press in which she declared that now is the time to begin impeachment proceedings, even though an investigation by special counsel Robert Mueller is not finished.

Tlaib is a Detroit Democrat and the daughter of Palestinian immigrants. She ran unopposed for the 13th District seat in November. She was the first Muslim woman elected to the Michigan Legislature, and one of the first two Muslim women elected to Congress.

According to an online biography, she is a member of the Democratic Socialists of America.
The foul comment immediately made Tlaib the target of conservative commentators, and underscored the perceived temperament of the entire class of freshman Democrats who have now joined the U.S. House of Representatives under re-run Speaker Nancy Pelosi.

CNS News transcribed remarks made by CNN’s John Berman, who questioned what might have happened if a freshman Republican had made a similar remark about Barack Obama.

California Democrat Rep. Brad Sherman said almost immediately after Congress convened that he would re-introduce articles of impeachment against the president. 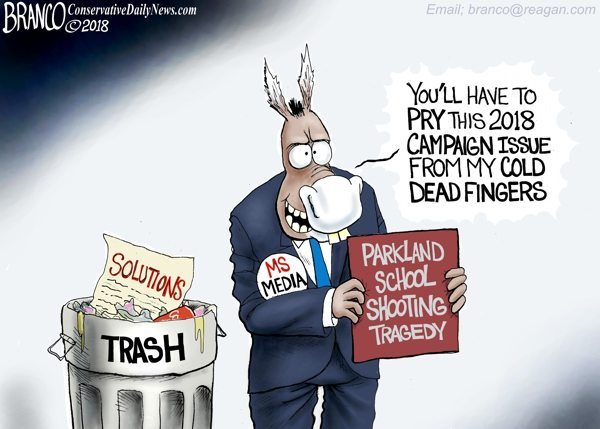 Cartoon of the Day: Bitter Clinger